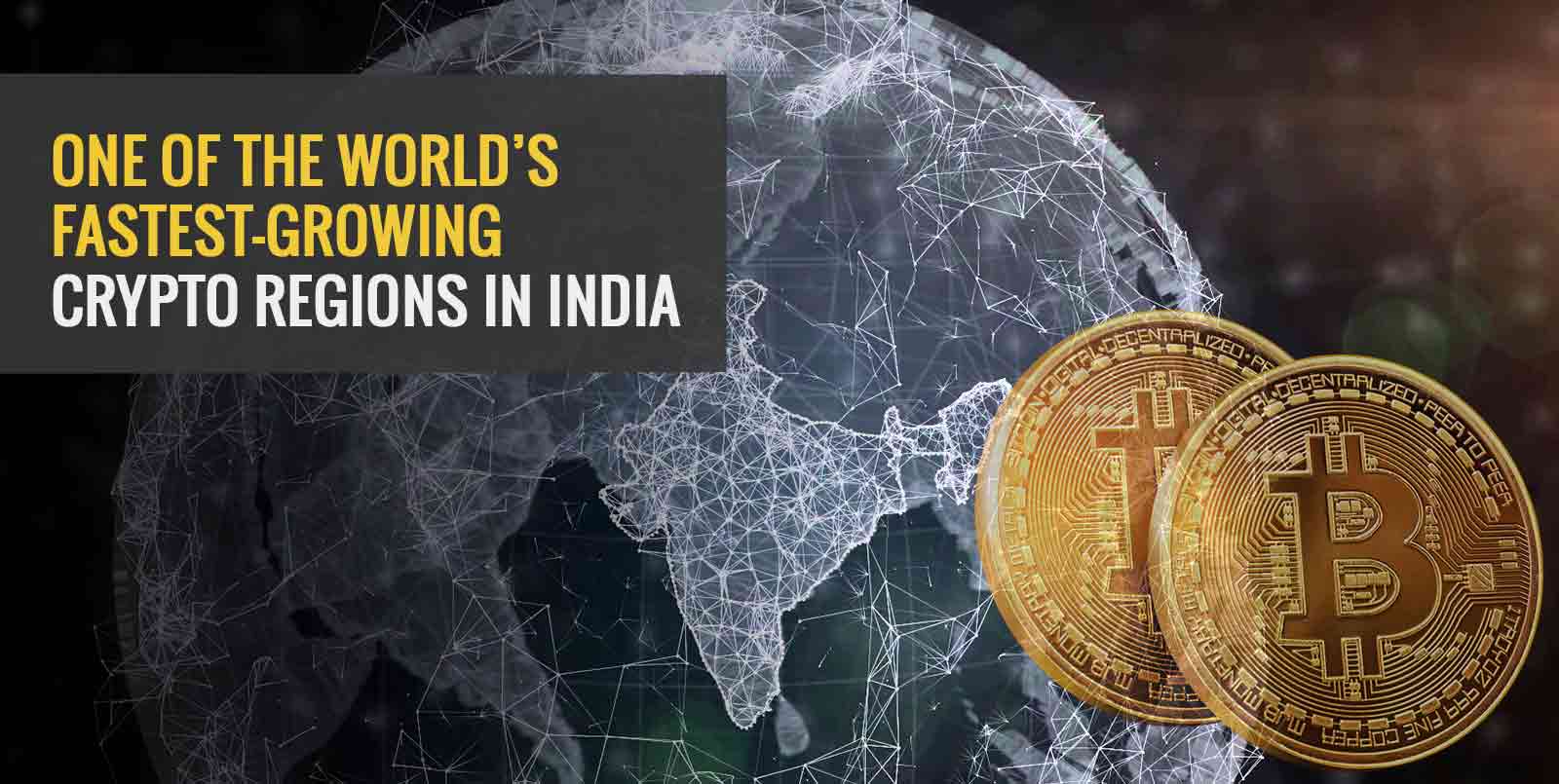 According to research by Chainalysis, India’s cryptocurrency market grew by 641 percent in the past year, propelling the expansion of digital currencies in Central and Southern Asia.

According to it, Pakistan’s cryptocurrency market grew by 711 percent last year. The Global Crypto Adoption Index includes three nations from the Central and Southern Asia and Oceania (CSAO) region: Vietnam at number one, India at number two, and Pakistan at number three.

“When we look at the breakdown of transaction value by currency, we see some interesting discrepancies. For example, we can see that Ethereum and wETH account for a larger proportion of Indian activity than Vietnamese or Pakistani activity,” according to the research.

India has a 59 percent share of activity on DeFi platforms, which is higher than Pakistan (33%), and Vietnam (47 percent).

“Large institutional transfers worth more than $10 million in cryptocurrencies account for 42% of transactions sent from Indian addresses, compared to 28% in Pakistan and 29% in Vietnam. These figures indicate that India’s bitcoin investors are part of larger, more sophisticated groups,” according to the research.

In the 12 months leading up to June 2021, the cryptocurrency market in Central and Southern Asia, as well as Oceania, rose by 706 percent, reaching a value of $572.5 billion. These regions have emerged as one of the world’s fastest growing crypto marketplaces, with Asia’s top three countries, Vietnam, India, and Pakistan, experiencing tremendous crypto expansion in the last year.

Cryptocurrency is being adopted at the grassroots level in CSAO countries, according to a recent report by industry research firm Chainalysis, fueling the rapid rise of the nascent digital financial space.

In India, which is ranked second on the Global Crypto Adoption Index, 42 percent of crypto transactions were large and institutional in nature, with average transaction values exceeding $10 million (roughly Rs. 74 crores). According to Chainalysis, the tendency of paying huge sums of money in cryptocurrencies indicates that smart money adoption is increasing in various CSAO countries.

Crypto mining, exchange platforms, linked gambling apps, and other illicit activities in the crypto space have all become factors in the CSAO region’s rise. Despite the fact that countries such as Russia and China have banned crypto-activities, several other countries are showing interest in exploring the futuristic financial system — which is fast and currently unregulated by any bank.

Q1. What does the term “crypto mining” imply?

The process of validating a bitcoin transaction is known as crypto mining. To keep track of all financial transactions, cryptocurrencies like Bitcoin employ distributed public ledgers. Each transaction is linked to the ones before it and after it, forming a chain of time-stamped records known as a blockchain.

Q2. What is cryptocurrency’s purpose?

The basic goal of cryptocurrencies is to solve the problems of traditional currencies by giving currency holders power and accountability. All cryptocurrencies follow the five qualities and three functions of money. They’re all attempting to fix one or more real-world issues as well.