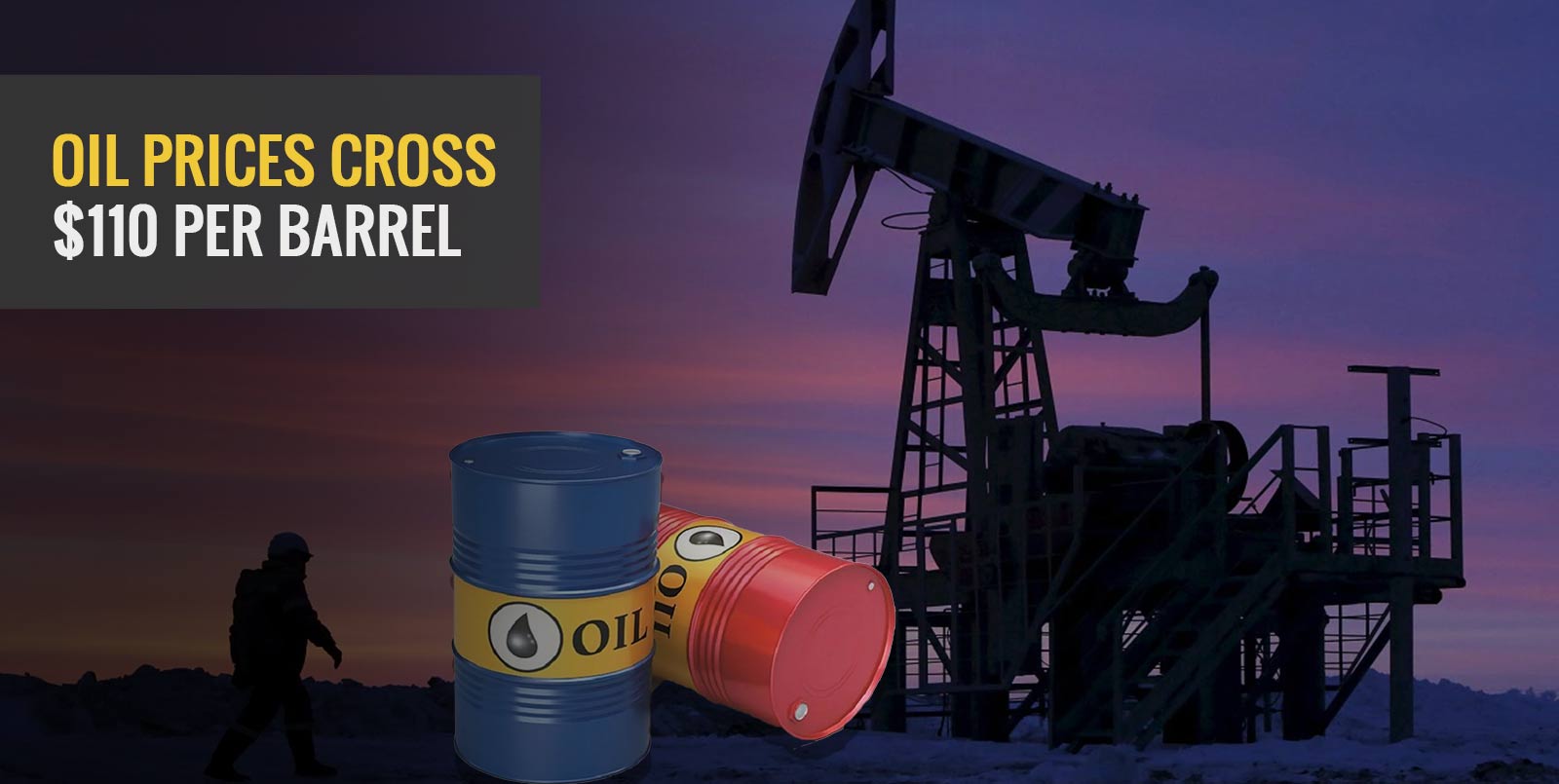 Russia’s attack on Ukraine has soared the prices of oil and regional commodities. With the market spinning wildly, the investors are trying to gauge the amount of impact these two significant forces will have. On Wednesday, 2 March 2022, the US oil prices crossed $110 per barrel for a brief period, but other markets and stocks showed less fear than the previous day.

Read along to find out more about this matter!

What Were the Comments From Powell?

Jerome Powell, Chair of the Federal Reserve, threw light on the impact of Russia’s attack on Ukraine on the US economy and termed it to be highly uncertain. He further stated that he supports the rise in key percentage point interest rate of Central Bank by a quarter this month. Considering this first increase since the year of 2018, this is a modest act as earlier it was feared by the investors in Wall Street.

The Fed tends to tightrope a balance by increasing the interest rates on par with high inflation to curb the accelerated stock, thus pushing the economy into recession.

What Were the Comments From Biden?

On late Tuesday, Joe Biden, the US President, confirmed in his annual State of the Union speech on joining the US allies to close air spaces for the Russian aircraft. It comes as a set of measures and sanctions to isolate Russia. But Biden further stated about cushioning the American public and businesses from the impact of soaring oil prices by any means possible.

This surge in oil prices can be termed ‘stagflation’, as the economy is stagnating due to high inflation. Further, it only pushes inflation to higher levels that pose a rise in threat to investors that one has not seen in generations.

Impact on the Stock Markets

With the stock market index of S&P 500 1% higher, it moved between a rise of 0.4% and 1.2%, following up on the 1.5% loss from the previous day. In turn, Treasury yields jumped to recover the steep losses in the last weeks. Further, gold retreated, and investors’ nervousness along Wall Street eased after recent sharp swings.

A jump of 1.80% from 1.72% in the 10-year Treasury yield was seen while the yield of 2 years Treasury leapt from 1.31% to 1.47%. Though yields remained well below last month, which was above 2%, when Russia attacked Ukraine, investors plunged into safer investment options amid the war.

Mixed stock market indexes were recorded around the world. As France’s CAC 40 and Germany’s DAX rose by 1.2% and 0.4%, respectively, Japan’s Nikkei 225 recorded a 1.7% fall. Furthermore, Russia’s stock trading remained closed for the third day, but currency and precious metals trading would resume this week for the first time, as stated by the Central Bank.

According to a report of Mizuho Bank’s Tan Boon Heng, this conspiracy of stagflation and geopolitical uncertainty urges brutal shock. The United States made an agreement with the International Energy Agency composed of major governments. It demanded to boost supplies by releasing 60 million barrels from the strategic reserves, but still, the oil prices went higher. Tan further dismissed this market notion by stating that Russia can pump more than that in six days, and with its condition jeopardised, the oil prices are bound to soar.

The leaders of OPEC and oil-producing major countries will make an impactful announcement by Wednesday. It will decide whether they should increase oil production by 4,00,000 barrels per day.

As oil prices rose to a great high, the stocks of more than 90% of companies in the S&P 500 rose. Financial, technology and health care companies ran away with the biggest share of profits. Apart from that, worries may rise with upcoming interest rate hikes by the Federal Reserve and Central Banks worldwide. Only time will tell the impact it will have on the economy and inflation.

With the war scenario between Russia and Ukraine, the impact has been largely seen on the oil prices as it rose to an all-time high of $112 in the US. Further, with increasing demands, the oil prices are bound to rise rather than fall.

The increase in oil prices dampens the expected economic growth prospects and increases inflation in turn.