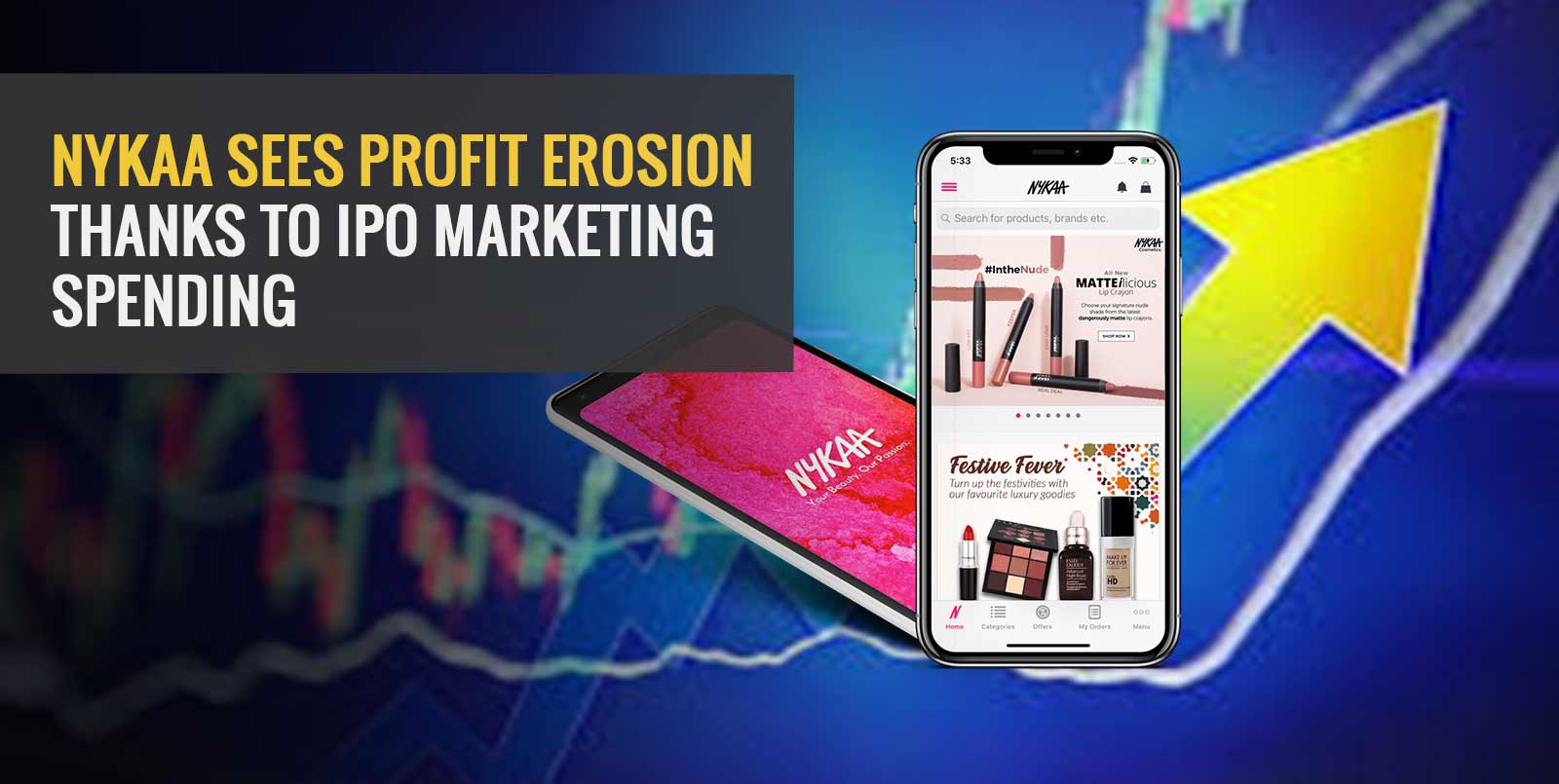 Indian beauty giant Nykaa saw an erosion in its profits because of the excessive advertising surrounding its IPO. After a massive and stellar performance on the IPO and later on the bourse, Nykaa has reported a marginal profit after tax. Here are the details regarding this story.

There is no denying that Nykaa’s expenses grew in the July-September quarter. Here is a table regarding some of their costs.

From this above table, you can note that Nykaa’s marketing cost trebled in the quarter. A  primary reason for this was the need for marketing before the IPO. Nykaa had to reach out to a whole new spectrum of audience to ensure that their IPO investors subscribed to their initial public offer.

While the net profits may have declined, Nykaa has gained immensely from spending on marketing and advertising. A whole new clientele has opened up for the company in the country.

Ans. Nykaa’s operational revenue for the financial year 2021 is around Rs. 885 crores.

Ans. Nykaa’s CEO said that their plunge in profits wouldn’t have a negative impact as their unique site visitors have gone up both in the beauty and fashion segments.