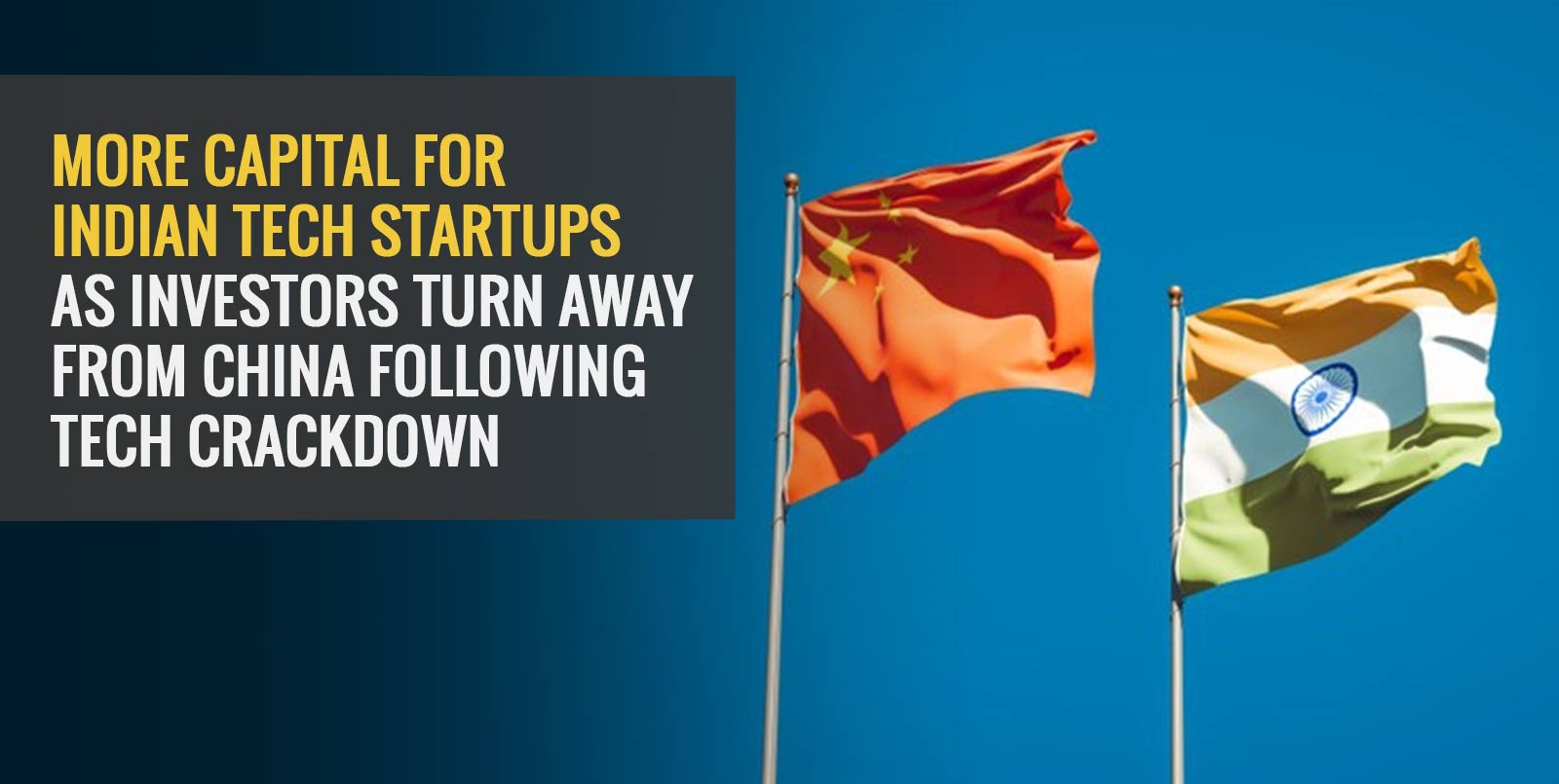 India’s technology startups saw a record bout of venture capital (VC) inflows as investors turned away from China due to its ongoing crackdown on internet companies. The value of venture capital deals reached an all-time high of $7.9 billion in July 2021, as investments in China dropped to $4.8 billion. This is the first time our country has had more monthly VC investments than China since 2013.

With the improvement of internet infrastructure and appetite for tech stocks, investors are now noticing the upsides of investing in India’s tech companies. This is helped by China curbing the power of internet companies and wresting control of user data.

In the following sections, we will take a detailed look at the situation and what it means for the future of tech startups.

The Xi Jinping-led government passed the Personal Information Protection Law to set rules about how companies can handle user data. The new legislation will require firms to acquire user consent to collect and share personal information. They will also have to provide an opt-out option for users. Otherwise, they can face fines of up to 5% of their annual revenue or 50 million yuan ($7.7 million).

Tough regulatory oversight of the Chinese government has deepened with a recent crackdown on the nation’s top companies. The affected companies include tech giants like Alibaba Group Holding Ltd, Didi Global Inc and Tencent Holdings Ltd.

Moreover, the Chinese government has passed a law allowing themselves to fine or shut down tech companies that refuse to hand over data.

The recent actions of the Chinese government have wiped off $800 billion from the market valuations of tech companies. It has also shaved billions of net worth of the most famous Chinese entrepreneurs. The increasing clampdown eventually caused a stock rout resulting in a $1.5 trillion loss.

Following this, Tencent Holdings Ltd was left at a price-to-book ratio lower than the 2008 Financial Crisis, while Alibaba Group Holding slumped to its worst record low. Tencent, Alibaba, Meituan and Kuaishou Technology have altogether lost $1 trillion since February 2021.

This clampdown has alarmed investors worldwide, causing an 18% decrease in net funding to China-based companies in Q2 of 2021.

Meanwhile, in India, the mood among investors could not be more different.

The country saw a record $6.3 billion of funds for tech startups during the second quarter of 2021. In recent months, India’s private markets saw the rise of many startups valued at $1 billion or more. Half a dozen unicorns (startups valued over $1 billion) were born within four days in April alone.

What Does This Mean for the Future of Tech Startups in India?

With global investors witnessing the upsides of investing in startups in the country, capital flows have increased tenfold. In addition, investors who have experienced huge losses in Chinese tech companies will likely make investments here.

These factors, in addition to the blocking of venture capital funnel to China, make India, the preferred destination for investors.

For more such updates, stay subscribed to the Angel One Blogs!

Recently, China has begun a crackdown on tech companies like Alibaba, Tencent Holdings etc. They have passed legislation to control the share of public data and fine companies/individuals for improper handling of user data.

The widening clampdown on tech companies in China has alarmed investors due to increasing uncertainty. This caused a massive stock rout resulting in the stocks of companies like Alibaba Group, and Tencent Holdings drop to a level worse than the 2008 Financial Crisis.