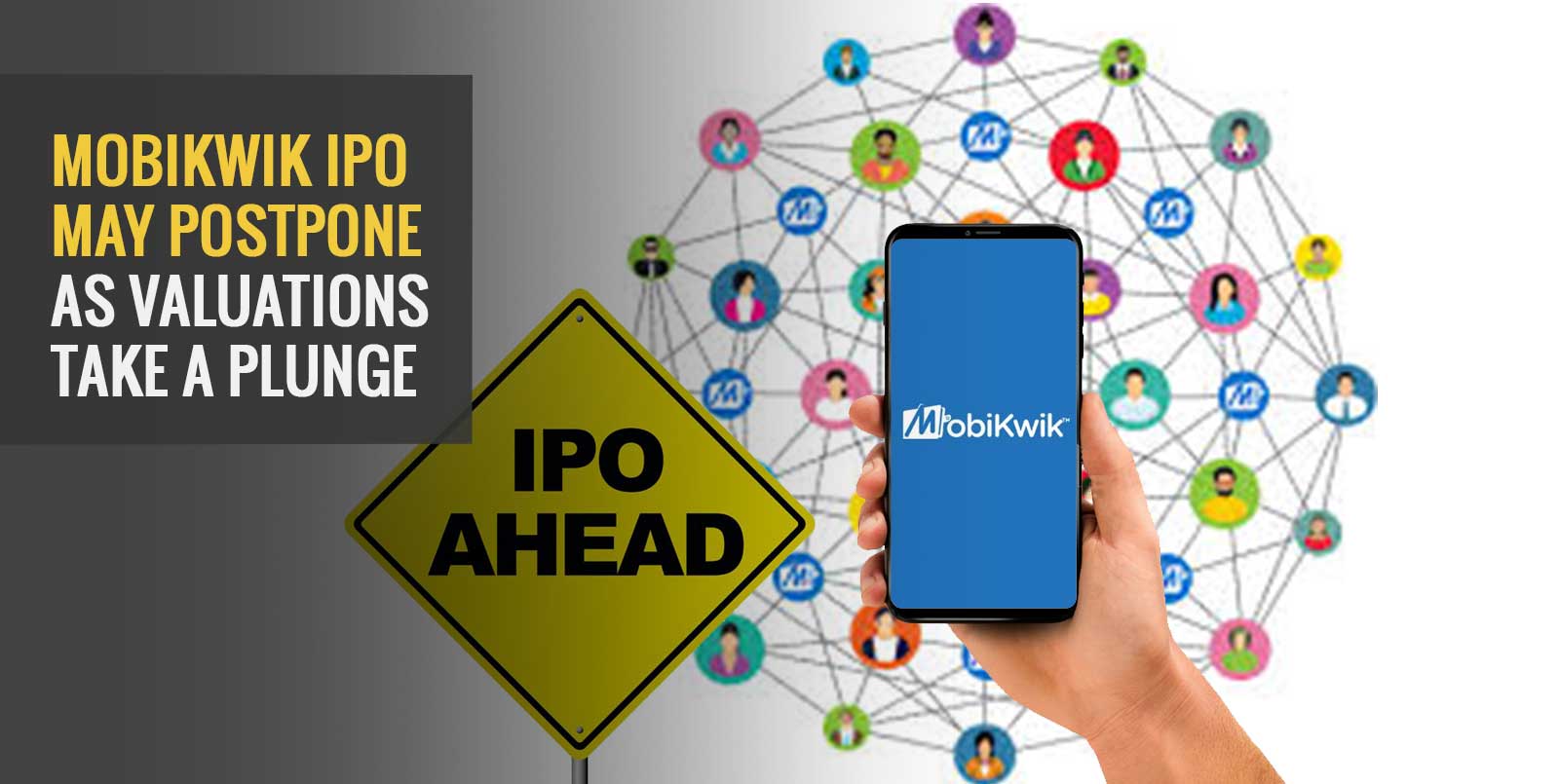 MobiKwik, which is looking for a foreign institutional investor, could delay its IPO by up to three months and possibly push it to the next financial year. FinTech is finding it difficult to get overseas institutional investors with the desired valuation as the distrust in the industry rises.

What was the original plan?

The company had planned to raise around Rs 1,900 crore by issuing Mobikwik shares to the public. As the company, headquartered in Gurugram, filed the papers with SEBI in July, the original plan was to launch Mobikwik IPO around Diwali festive in November 2021.

But the financial advisors of the company had alarmed them well in advance to not proceed with the launch since lack of demand from overseas investors was apparent from the consistent selling they have been doing in the Indian equity markets.

What led to the fall in Valuations?

As Paytm IPO was launched with a negative bias, FinTechs have taken the hit and valuations of Mobikwik shares went further downhill by about 30-40 percent. Even the retail investors are somewhat scared since the Paytm IPO has drawn down their capital by over 30 percent.

In June, the Abu Dhabi Investment Authority put $20 million in MobiKwik, which gave it a valuation of about $700-750 million. They had been aiming to raise a valuation of over $1 billion. Though the reports say that the current investors are not in favour of the public offering.

The demand for anchor books was subdued both from domestic and foreign institutional investors. This could result in the postponement of listing Mobikwik IPO shares. The higher demand amongst anchor investors shows the eagerness for investors to apply for a particular IPO.

The key financial information of the company based on its audited financial statements is showcased in the table below:

And it has been witnessed that, during the time of the filing of papers with the regulator, MobiKwik had been conducting over 10 Lakh daily transactions on its platform.

Mobikwik has not published its quarterly financial results for the Q2 of FY 2021-22 so far. This indicates the eagerness of the company to issue Mobikwik IPO sharesbecause audited FS of the recent quarter must be published before at least 135 days after the end of the quarter.

The company has kept a gap or pre IPO placement for its shares worth up to Rs 400 crore. The promoters of MobiKwik, Upasana Taku, and Bipin Preet Singh, have planned to sell their shares in the company’s secondary market as per the papers filed with SEBI.

The financial firms in Monday’s trading session witnessed some sell-off as the sentiments amongst investors remained negative throughout the day. Like Zomato and Nykaa, many other companies are struggling to generate enough revenue to justify their existence.

Who are Anchor Investors?

Anchor investors are big institutional investors who are usually allocated shares in a company before its IPO. One of the conditions put upon them is that they need to hold the stocks for a minimum period of 30 days after the allotment. They get guaranteed allotment of shares and can choose any price within the band of the price at which the company is offering its shares.

Who are the major investors in Mobikwik?

MobiKwik, which was founded in 2009 by Taku and Singh, has raised funding from various investors such as Accel, Cisco, and Abu Dhabi Investment Authority to name a few. The Times of India also has invested in FinTech via its parent company.