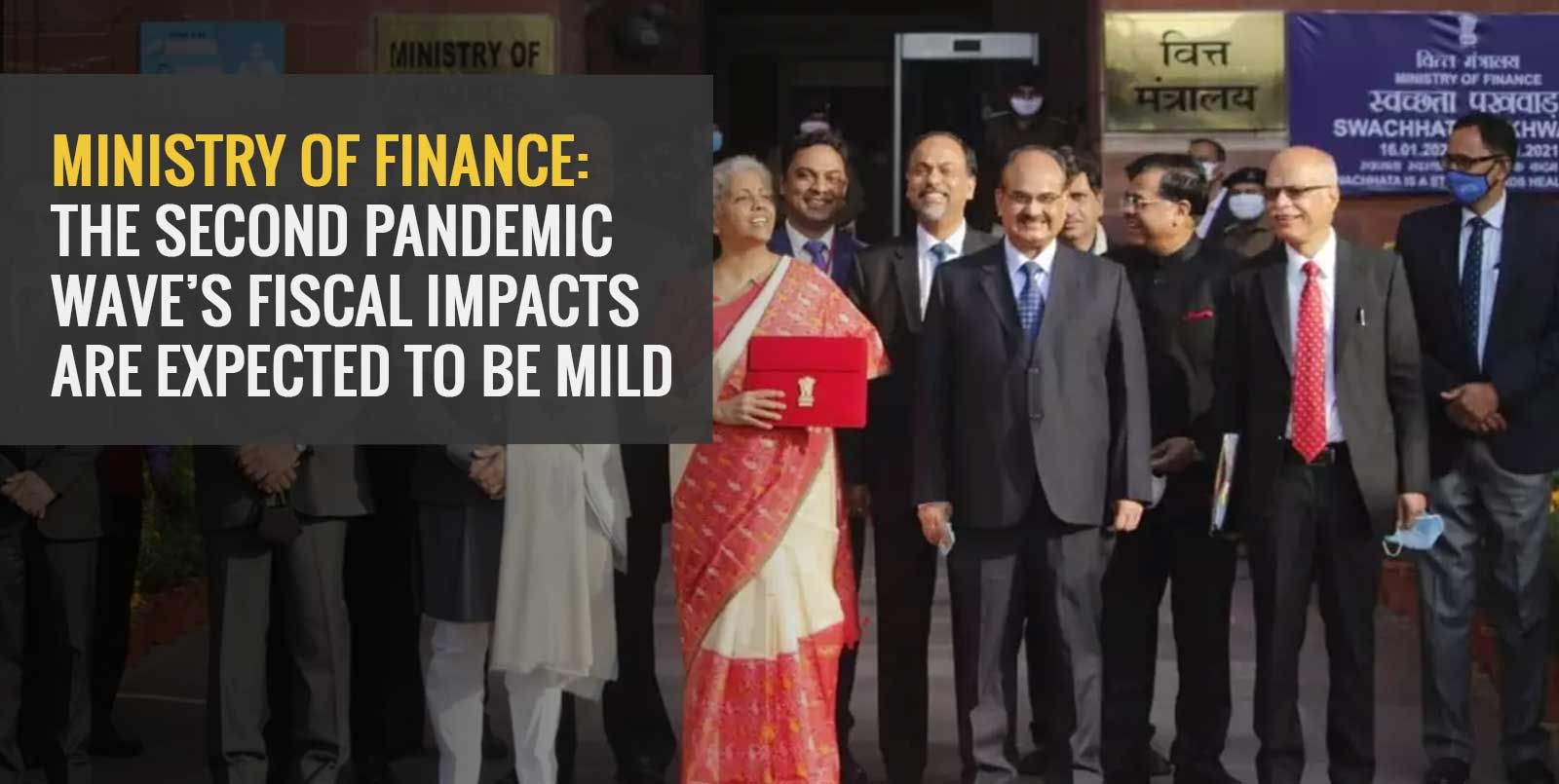 It further stated that the current seroprevalence results indicate that India can lower the risk of serious illness from pandemic provided the immunisation campaign is maintained. “Studies show that having antibodies lowers the risk of contracting major infections. As a result, any succeeding waves are projected to be light in terms of disease severity “, the Ministry of Finance stated.

At all times, however, pandemic-appropriate behaviour and policy must be followed. Per the report, the economy and society are at a critical juncture, where economic growth, medical advances, and pandemic appropriate behavioural treatments must all function in concert.

There are evident signs of economic regeneration since the second half of May, it said, with the second wave abating in most parts of the country and state governments gradually relaxing restrictions. “This is consistent with the second wave’s economic impact being predicted to be subdued,” the report continued.

According to the report, these constraints are projected to ease in the next months due to the relaxation of restrictions, the advancement of the southwest monsoon, and recent supply-side policy interventions in the seeds and cereals market.

While organised cash flow remained in surplus in July, the fall in cash in circulation represented a move away from pandemic-induced precautionary savings, according to the report. In the month, financial markets showed signs of life, with post-second wave revivals in mutual funds, corporate bonds, and insurance markets, and equities market volatility continuing its downward trend.

However, due to monetary constraints, the G-sec yield curve steepened slightly, according to the report. According to the ministry, the banking trajectory is showing signs of improvement, with non-food credit growth breaching the 6.5 percent level in the fortnight ending July 16 after holding flat for nine fortnights.

On the sectoral front, loan offtake by agriculture and associated activities, as well as micro, small, and medium industries, increased in June, reflecting the benefits of the Atma Nirbhar Bharat package’s implementation.

In comparison to the previous quarter, the central government’s finances performed better in the June 2021 quarter. It was due to increased direct and indirect tax collections, a continued focus on capital spending (which grew by 26.30 percent during the quarter), and a re-prioritization of revenue expenditure.

On the road to recovery

On August 31, the GDP figures for the quarter ending June 2021 will be announced. However, most high-frequency data imply that the Indian economy recovered in a V-shaped pattern after the second wave disrupted it. The question is not whether the economy has recovered to where it was before the second wave of the pandemic. It is the point at which the economy returns to pre-pandemic levels.

Two factors obstruct a comprehensive economic recovery: pandemic-related constraints that prevent movement and, as a result, the restoration of economic activities, and a lack of aggregate demand due to lost incomes during the pandemic. To be clear, these two sources of economic headwinds do not have to be mutually exclusive; they can coexist.