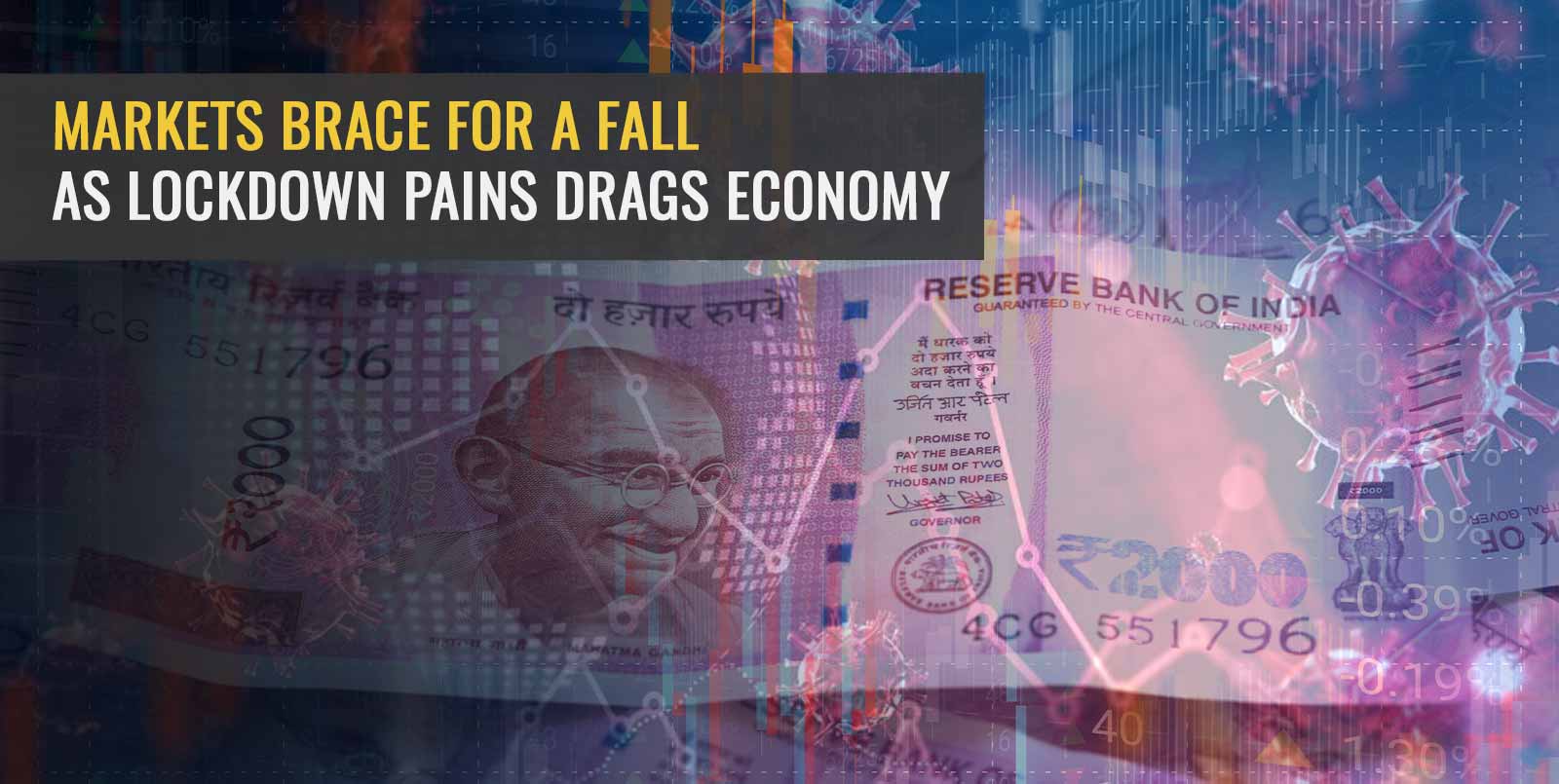 India is on the backfoot. Earlier, several market experts were discounting the scope and gravity of the Covid-19 pandemic raging in India in the hope that a robust, widespread vaccination campaign will be rolled out as soon as possible. While the vaccination campaign is underway on a large scale and at a fast pace, it still isn’t speedy enough to be in consonance with the US and UK economies which are on track for a gradual re-opening.

Several mutual fund houses and brokerages earlier expected that the restrictions that were initially being put in place in April will be less severe than those placed last year in March. While this was true till April-end, it now seems that many state governments are pulling up their socks and imposing strict lockdowns. Markets had accounted for this but were hoping for a scenario where accelerated vaccination would have prevented the fledgeling economic recovery from going off-course.

However, with each passing day, as the number of those afflicted with Covid continues to mount and the casualty tally continues to rise in stark contrast with European and other developed nations, the markets have started calculating the cost this slump in consumption and expenditure will cost not just to the listed companies but also to the government. Given the sudden arrest of economic activity, the government’s tax kitty is likely to contract strongly.

In its April 2021 monthly bulletin, the RBI had observed that the spread of infection must be stalled as soon as possible, failing which protracted restrictions on mobility and supply-side disruptions can flame inflation pressures. As per the consumer price index, the inflation rate for March this year clocked in at 5.5%, too close- to the upper band of the 2%-6% inflation range- for comfort. Going ahead, the RBI would be hands bound as it will be reluctant to implement an accommodative policy for fear of stoking inflation further.

Currently, there is close to Rs 6 trillion liquidity floating in the banking sector. Alongside this, the central bank this month will execute the second tranche of the Government Securities Acquisition Programme, essentially its own version of quantitative easing, following which it will buy bonds worth Rs 35,000 crore on May 20.

Meanwhile, the government has borrowed Rs 12.8 lakh crore in FY21 and Rs 12.05 crore in FY22. Given the high borrowing by the government, the bond market is cagey about lending more to the government unless it receives a high return for the same which explains the persistently rising bond yields. The average return on the benchmark 10-year bond yield was 5.92% in April last year which shot up to 6.25% in March this year.

As of now, the RBI has its hands full with containing inflationary impulses in the economy while also closely monitoring the lending space. FY20 recorded the bank credit offtake rate at a dismal 5.6% which in absolute terms comes to an increase in lending of Rs 5.8 trillion. Put this in context by understanding that commercial banks, on the other hands, invested Rs 7.2 trillion in government bonds signalling clearly that they do not see green shoots in the economy in the near term. What’s worse, bank credit to industries has slumped while retail lending has increased. Commercial banks across India are pressing the pedal on lending money to serviced professionals and individuals. However, the fear is that with recurrent restrictions and lockdowns, the asset quality of retail loans will also take a drubbing.

Many market experts have started cutting back on the stock price targets of banks and automobile manufacturers. As per data released by the Federation of Automobile Dealers Association, all-India vehicle registration has slipped to a nine-month low in April. The enormity of the situation can be realised from the fact that the automobile dealer association is asking for relief from the government. Unlike the lockdown in March last time when sales were dented but only in urban areas, this time around, the crash of the automobile market is near-complete as rural sales volume continue to be depressing and offer no support to the cumulative sales.

The total employable labour force fell to 424.6 million in April from 425.8 million in March, which is to say that there were no avenues for fruitful employment for 1.1 million labourers. This fall in the labour participation rate is also reflected in the unemployment figures in the country which shot up to 8% in April from 6.5% in March. A total of 3.4 million salaried employees also lost their jobs in April. In the three months running up to April, a total of 8.6 million salaried employees were fired. The surprising aspect about these firings is that 68% of the salaried job losses came from rural areas.

Slowly, the market is coming to grips with the fallouts of the stern restrictions in place, and experts opine that if the restrictions aren’t lifted soon enough, the market will undergo a correction.