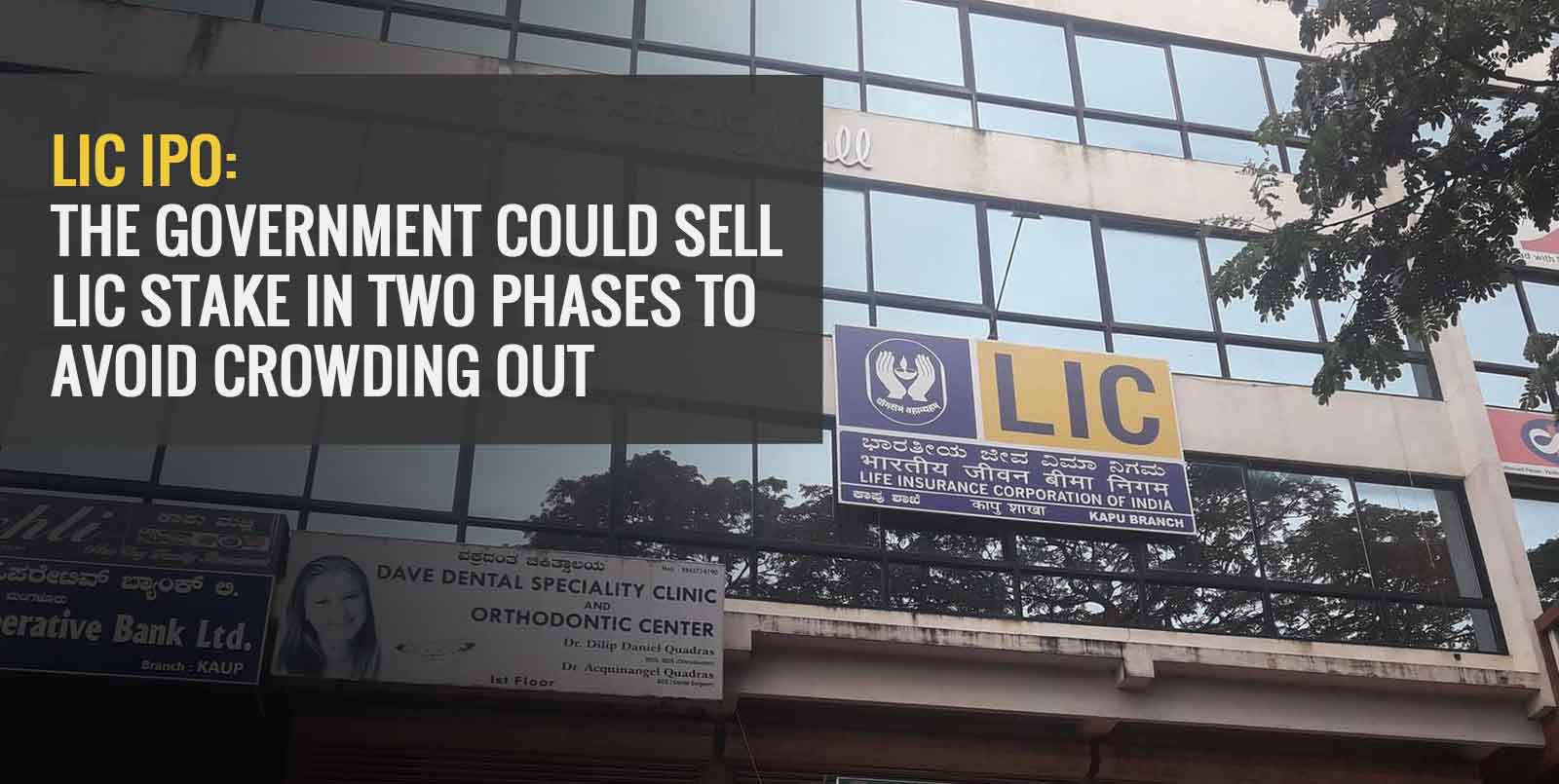 LIC IPO is among the most awaited initial public offerings in the country.

It is not every day the Central Government decides to dilute its stake in one of the most recognised companies in the country.

LIC IPO is expected to go live in the first half of the next fiscal year. Since the IPO has garnered substantial attention in the market, the government fears crowding out of private companies. As a means to manage the impending situation, the central government has decided to dilute its 10% stake in LIC in two stages.

Take a quick look below to know more.

Stages of LIC IPO – At a Glance

It is expected that to avoid overcrowding of private companies at this upcoming initial public offering, the government could break the IPO into two stages.

But, is that all?

The government is concerned that such a valuation and IPO size will likely crowd out private companies in the equity market. As a result, it could impact economic growth negatively.

It seems that the government is taking its sweet time to finalise the size and scope of this upcoming IPO. Experts believe this could be an attempt to regulate the implications of the public offering and its probable impact on the economy.

Experts believe it could prove to be a wise move for the government to dilute its 10% stake in LIC in multiple stages. Such a move could allow this insurance company to command an attractive premium in its follow-up public offering next year.

Some suggest that the government can benefit by diluting its stake over the next few years to command a robust premium and meet regulatory norms successfully.

Accordingly, those willing to invest in this massive IPO should keep a close tab on its developments to gauge the market temperament and align subscription decisions.

IPO size, timeline and pricing will be decided by a panel headed by Nirmala Sitharaman, the Finance Minister of India.

It is expected that LIC IPO could be open for public subscription as early as the next calendar year.