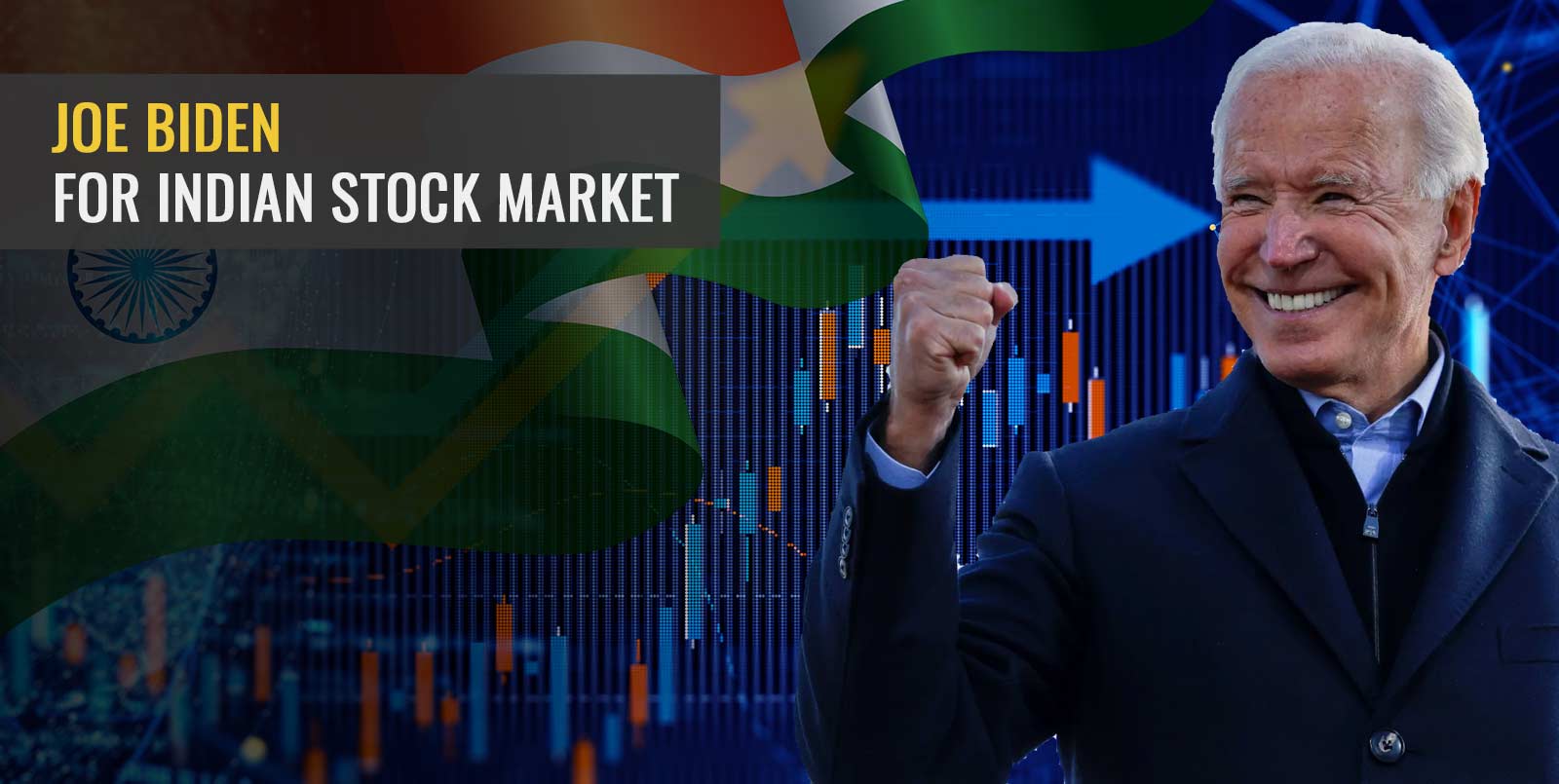 The cat is finally out of the bag. Yes, we are talking about the Presidential election of USA. Joe Biden will succeed Donald Trump as the 46th President of the US. So now let’s take a look at what Joe Biden’s victory means for Dalal Street.

It’s a fact that America is a superpower and an influential factor in determining the swings in the global market, including India. Hence, the entire world was waiting with bated breath for the outcome of the Presidential election. It’s no wonder that Biden’s victory will have an impact on Indian stock market.

Let’s Look At The Background

The American political map is divided between Republicans and Democrats. US Presidents hold office for four years. The four-year tenure of Donal trump has been tumultuous. Americans enjoyed a love-hate relationship with their former President. So, it will be a challenging task for Biden to live up to the expectations of his citizens. However, experts believe that Biden coming to the office will spell overall good for India and its stock market.

Investment expert, Jim Rogers thinks that there will be a shift in policies during Biden’s time and level of protectionism will come down, which will mean good for India. Experts believe the bilateral relationship between the two countries will strength under the new government, benefiting India in the future. With China not being in a sweet spot with the US, things may tilt in favour of India.

Before becoming the President, Biden was the Vice President in Barack Obama’s administration. Even during that time, he advocated for a stronger relationship between India and the US.

“I think he believes in a multilateral approach, and that would see him engaging with all the key trading partners, including India. There could be meaningful progress on stalled trade talks,” said Ajay Bodke, CEO- PMS at Prabhudas Lilladher while commenting on US election results impact on the Indian share market.

During Trump era, there was a rise in all-American sentiment. With Biden in the office, this strategy could change. It won’t be wrong to observe that Biden received the majority of non-white vote during the election, which could be catalytic in decision making. The Indian IT sector can see a revival if Biden eases the visa policies.

The victory of Biden will reduce concerns over policy uncertainties. Given the current Dovish stance of the Federal Reserve, there is going to be an abundance of capital inflow, good news for the world market. There is a feeble chance that corporate tax may rise from the current 21 percenet to proposed 28 percent under the new government. If that happens, it would impact the earning of the US corporate and increase incremental flow to the emerging market.

However, experts are also keeping a close watch on what’s going to happen in the Senate. It seems like there will be no majority in the Senate this time. The Democrats might have gained access to the White House, but the Senate is likely to remain in the hands of the Republicans. A lot will now depend on the negotiation between the two parties.

On the international frontier, the bilateral relationship between China and the US might see some improvement. The new government might look for a middle path in US-China relationship.

According to Jim McCafferty of Global Market Research at Nomura, Biden’s win will bring long-term stability to the USA and the world.

It might not be smooth sailing for Baiden in the House. He might face logjam in passing some policies as Republicans continue to remain strong in the Senate. But experts hope Biden’s time indicates an overall good time for Dalal Street.