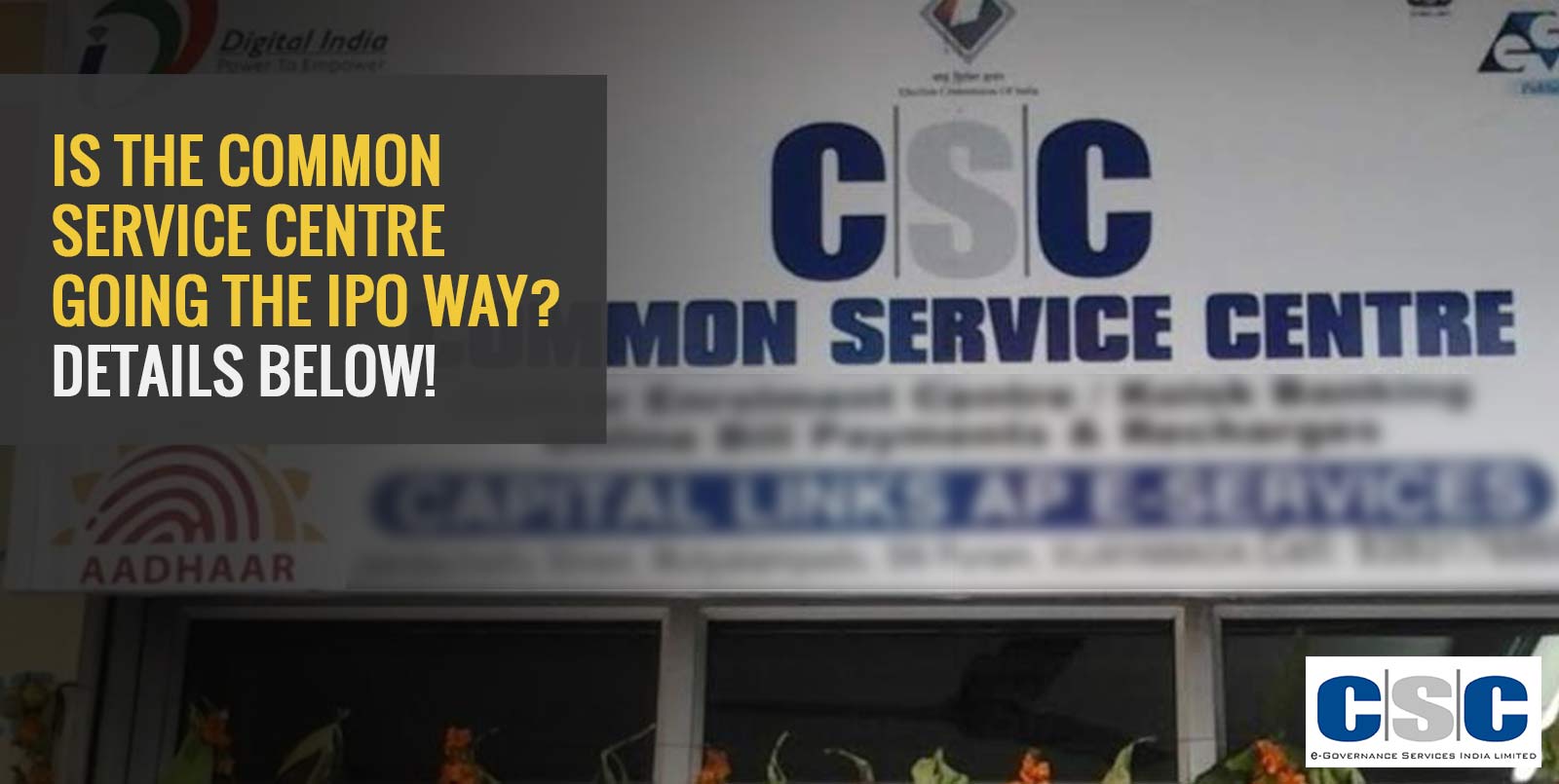 The Common Service Centres are physical outlets where the Government of India’s e-services to rural and remote locations are carried out. CSC, as it is commonly known, calls itself a government promoted company.

Let’s look into the necessary details as this organisation attempts to raise money in an IPO.

What is a Common Service Centre?

The Common Service Centre has been around since 2006. The Ministry of  Electronics and Information Technology founded this organisation that has about 4.5 lakh centres around India.

Common Service Centre initially started as an outlet responsible for the rollout of Government services across rural belts and small towns. Now, it is responsible for rolling out e-services, especially G2C, throughout the hinterlands of the country.

IPO fever seems to have caught the imagination of every organisation out there. Given LIC’s upcoming transition to a public company, it seems likely that other such organisations where the government has a stake are looking to raise funds from the stock markets.

Ans. CEO Dinesh Tyagi wants to enter the IPO to raise funds to help the organisation raise money for expansion, infrastructure, and setting up a corporate office.

Ans. Another name for the Common Service Centre is Digital Seva Kendra.