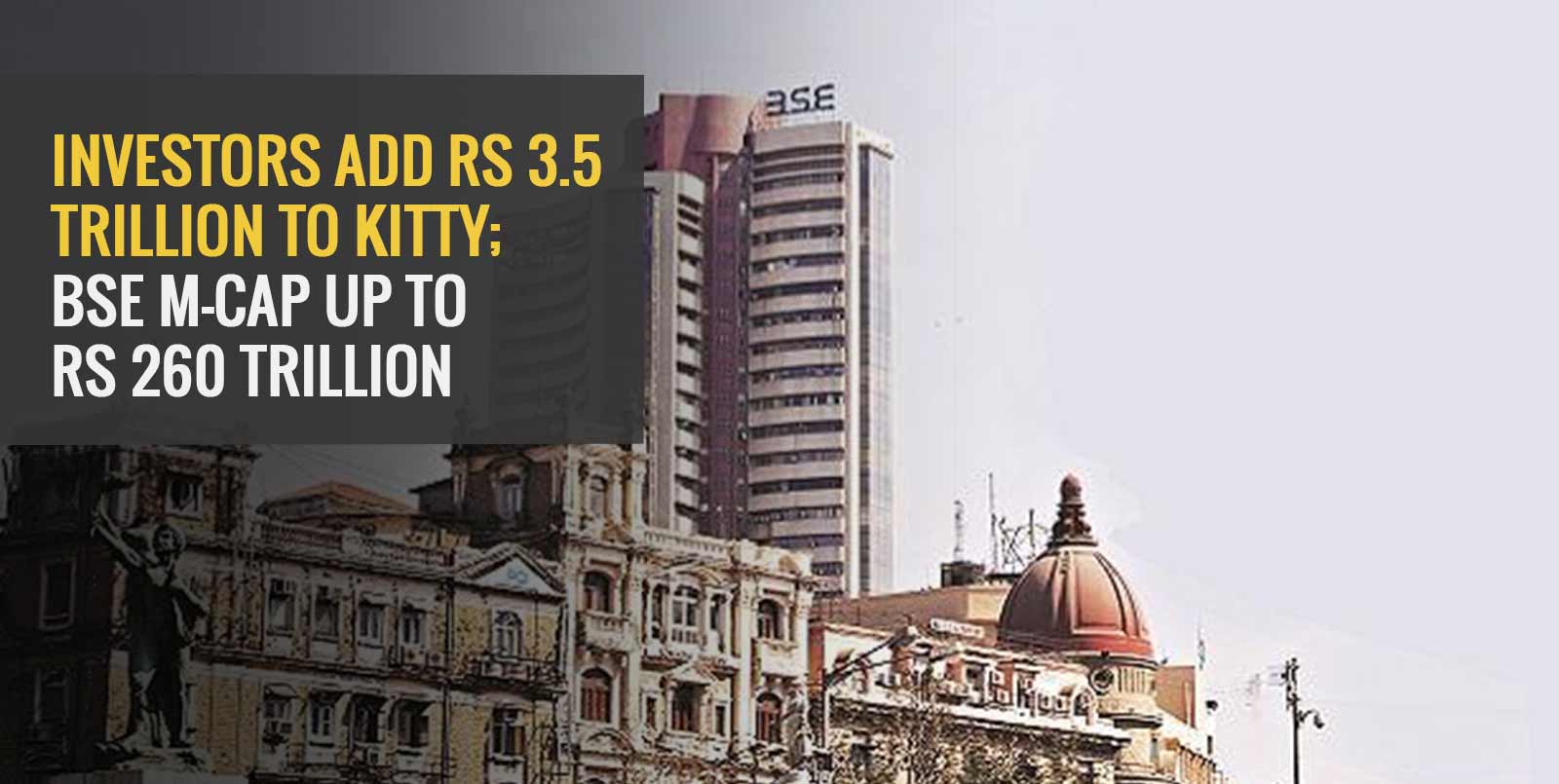 The benchmark indices, BSE Sensex and NSE Nifty rebounded on December 7, Tuesday, gaining over 1.5 percent aided by positive cues on the global front, led by metal and banking stocks rallying. The Sensex closed at 57,633.65 points while the Nifty closed at 17,176.70 points on Tuesday. The broader markets too recovered, with the Nifty 500 gaining 1.32 percent and the Nifty Smallcap adding 1.14 percent.

On the back of the indices gaining, investor wealth went up by Rs 3.5 trillion or lakh crore, even as the market capitalization of firms in the BSE universe went up to a little over Rs 260.21 lakh crore. On Monday, the market cap of companies on India’s oldest exchange, the BSE, had dropped to the Rs-256-lakh-crore levels.

One of the factors that contributed to the indices recovering from the lost points in the previous sessions was the optimistic reports that the new virus strain Omicron’s severity may not be as high as earlier thought. Further, the rise of banking stocks was on the expectation of the Reserve Bank of India (RBI) keeping its interest rates unchanged because of uncertainties over the short term, as per news reports. The US stock market also rebounded for the second day in a row on Tuesday, making it the biggest such rally over the last nine months, on positive sentiment that the new variant wouldn’t hamper global economic growth.

It may be recalled that at close on October 19, the BSE companies had a market cap of Rs 274.69 lakh crore. The Sensex had opened at a record peak of 62,245 points on that day while the Nifty had scaled 18,604 plus for the first time ever. Ever since there have been phases of volatility in the markets. Between October 19 and November 26, when the announcement of the new variant was made, the Sensex and Nifty both dropped 8 percent, wiping out Rs 16 lakh crore of investor wealth. By the close on November 26, BSE market cap had dropped to about Rs 258 lakh crore.

However, amid market volatility, by the week ended November 26, India’s m-cap, according to reports, fell to seventh place, with the UK and France occupying fifth and sixth places, respectively.

After a volatile period, the stock markets recovered on Tuesday, with Rs 3.5 trillion added to investor wealth, taking the market cap of BSE-listed companies to a little over Rs 260 lakh crore. A day before, the market cap of BSE companies dropped to Rs 256-lakh-crore levels. The addition to the BSE market cap came amid investors buying the dip and concerns over the new variant slightly receding.

What is the current market cap of BSE-listed firms?

When did the market cap of BSE firms enter the $3-trillion club?

The US leads the market capitalization table at nearly $50 trillion, followed by China, which has an m-cap in the range of $12 trillion. Japan and Hong Kong have the fourth and fifth places, with m-cap in the $7.5 trillion and $6.5 trillion, respectively. The UK, France, and India are all in the $3-trillion-plus club.