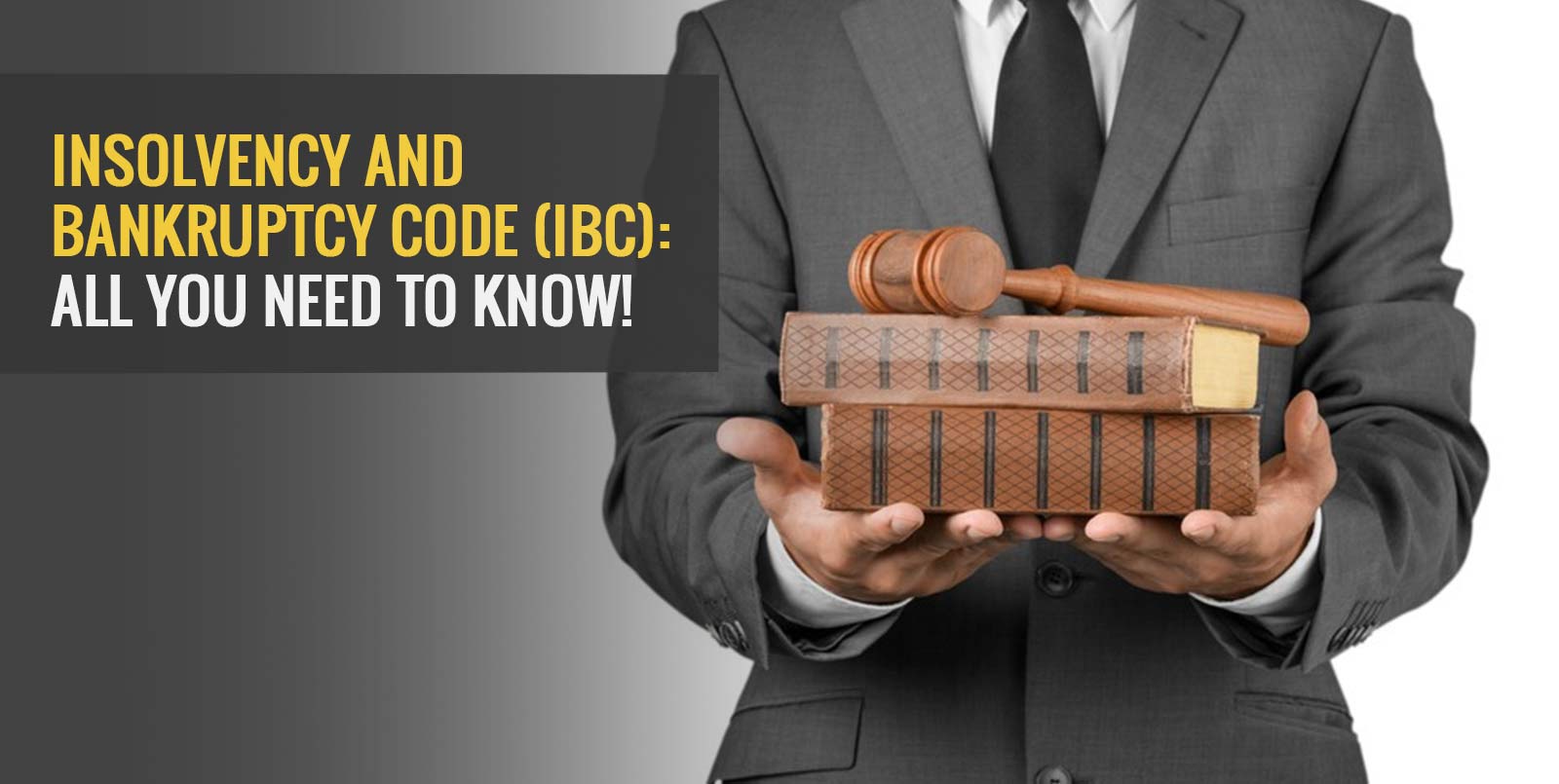 You must have heard of conglomerates declaring insolvency in the market due to unfavorable business conditions. DHFL, Reliance communications, Bhushan Power and Steel, Jet airways are some of the biggest bankruptcies in India.

So, what happens when companies go bankrupt? They hold credit from financial institutions and investors. How is this credit resolved? Selling the collateral is one way, but it is not applicable in all cases.

In this post, we explain all you need to know about the IBC code. Let’s begin with the history-the formation of the IBC code.

Formation of the IBC code

Before the Insolvency and Bankruptcy Code, 2016 the cases of corporate debt were handled with a lot of complexity. They went to the civil court along with a thousand other corporate cases and were often delayed and mishandled.

Cases of corporate debt and credit were dealt with by a number of different provisions and laws such as:

In 2016, the new parliament addressed the need for a proper redressal system and established the NCLT and NCLAT, especially for corporate insolvency cases. The move aimed to solve cases in a Fastrack manner, usually 180 days.

It became official law in May of 2016 with presidential assent. Since then, thousands of cases have been registered in the Insolvency and Bankruptcy Board of India. The code has transformed the debtor-creditor relationship in India. Both the parties now understand and expect fair redressal from a deal.

The IBC code has positively affected the overall situation of excess debt and bad loans in the economy.

Moving on, Let’s understand the application of this code in the business world.

Application of the IBC code

This code is applicable for the insolvency, bankruptcy, liquidation, and voluntary liquidation of the companies falling under the following categories:

Further, there are some exceptions to the code. It is NOT applicable to corporate people or entities that regulate financial services, such as:

Moreover, the code only applies in a transaction worth more than 1 lakh. A company holding lesser assets than this amount is not eligible to file for redressal via the Insolvency and Bankruptcy Code. In specific situations, the government may announce a maximum limit of 1 crore on the code appliance.

The objective of the IBC code

The IPC code serves various objectives in cases of company dispute. They are as follows:

Experiencing downturns is a part of the business. Some ideas work while others fail due to various reasons like market factors, unforeseen events, poor management, less cash flow, excess debt, etc. How the downturn is addressed makes or breaks the future of the enterprise.

The IBC code ensures Fastrack’s redressal of insolvency and bankruptcy cases in a manner that is justified to both parties and does not harm the public image of the company.

The code promotes high credit flow in the economy which encourages entrepreneurship and business growth. It caters to the overall bad debt problem of the economy.