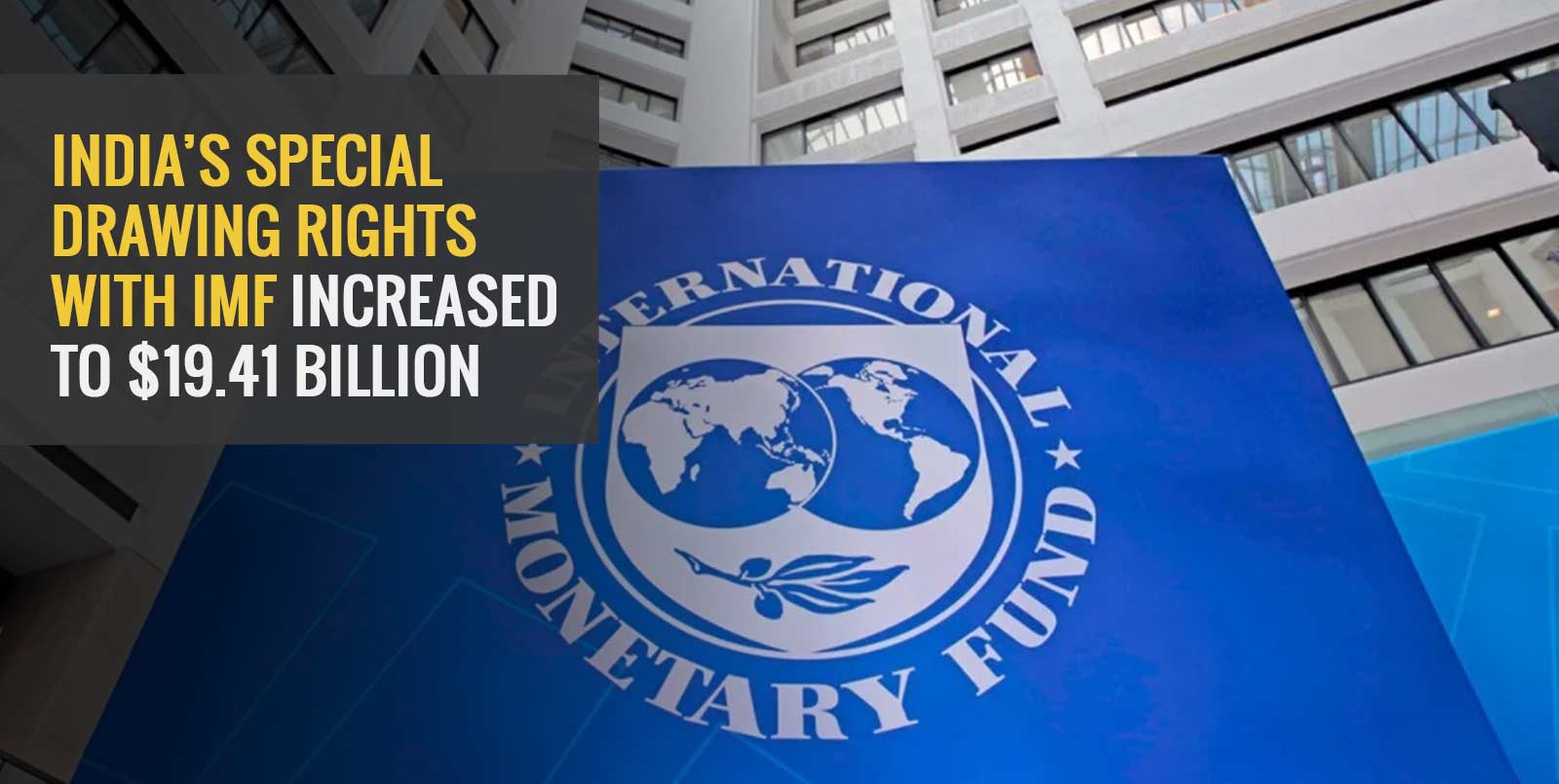 The apex bank of India, RBI, announced on Wednesday that the country’s holding of the IMF’s SDR has increased significantly. Currently, India has a threshold of SDR 13.66 billion, which is $19.41 billion, per the exchange rate of 23 August 2021.

According to the reports by the Reserve Bank of India, the IMF allocated SDR 12.57 billion or $17.86 billion to India on 23 August 2021, which prompted this rise.

The International Monetary Fund allocates general SDR as per their current quotas in multilateral lending. Furthermore, SDR holding is a crucial part of the foreign exchange reserve of a country. Reserve Bank of India has mentioned that this increase in SDR will reflect on India’s Foreign Exchange Reserve (FER) data when published next.

What is Special Drawing Rights (SDR)?

Created in 1969 by the IMF, SDR is a reserve asset that supplements its member countries’ official reserves. To date, an SDR of 660.7 billion or $943 billion has been allocated to this reserve. The biggest one has been announced recently when SDR456 billion got approved and allocated in this fund in August 2021.

As per IMF, this recent provision is to meet the long term need for funding. Also, it will help member countries to deal with the economic impact of Covid-19.

The SDR serves as a ‘unit of account’ of the IMF and other international organisations. However, SDR is not a currency; not it is a claim on the IMF. Instead, it is a claim of IMF members’ usable currencies, and members can exchange SDR against these currencies.

A bit of context,

Initially, SDR was equivalent to 0.888671 gm of fine gold, which at that period was the same as $1. However, after the collapse of the Bretton Woods system, this concept of a ‘basket of currencies’ was introduced.

These currencies included in determining SDR needs to meet 2 criteria –

This SDR basket of currencies is reviewed every 5 years. This review covers the essentials of valuation comprising criteria and indicators used in selecting suitable currencies.

An improved foreign exchange reserve is always good news for any economy, and if it is a growing one like India, it only strengthens its financial footing. Moreover, it will allow the Government and the RBI to implement economic and fiscal policies that could improve India’s growth.

Catch all the latest financial and investment news with Angel One. Also, keep an eye on our blog section for more insights!

SDRi provides a benchmark for charging interest rates on members for their non-concessional borrowing from IMF.

India’s current policy rates are 4% and 3.35%, respectively, for the Repo and Reverse Repo Rate.