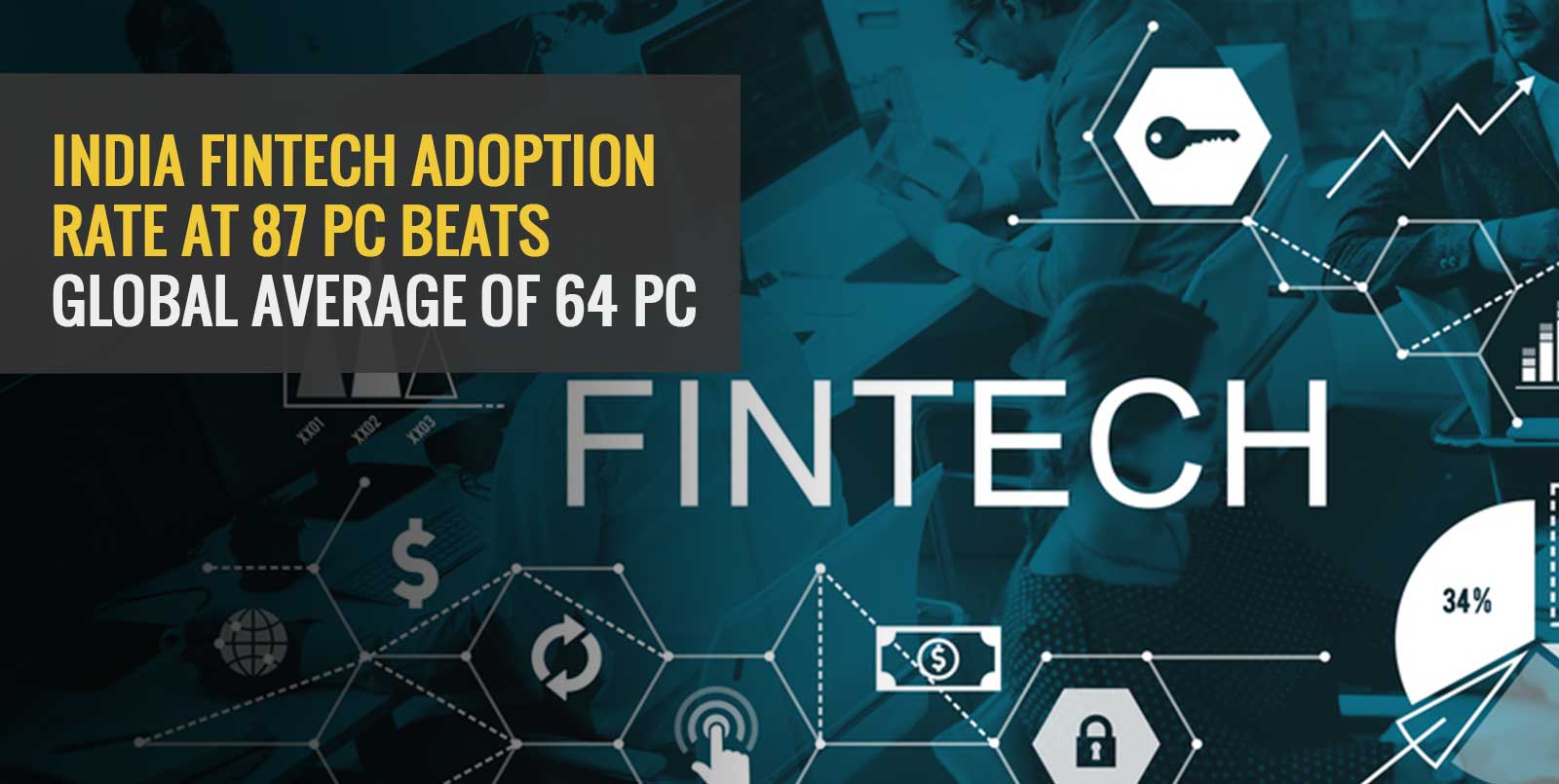 India is well on its way to becoming one of the leading markets in terms of the fintech landscape, with more than 2100 fintech firms in operation, according to a statement made by the country’s Commerce and Industry Minister at the Global Fintech Fest 2021.

What exactly is fintech?

Fintech is the intersection of technology and financial services wherein technology adoption into financial products and services boost business operations and use among consumers. The word has been derived from financial and technology to make it fintech. The use of emerging technologies such as artificial intelligence (AI), data analytics, and machine learning (ML), apart from Blockchain technology have enhanced fintech services in India and across the world.

However, according to the Commerce and Industry Minister’s data, the value of India’s fintech space is more conservative, at $31 billion, and is expected to touch $84 billion by 2025, growing at a CAGR of 22 per cent. Out of the 2100 fintech companies in India right now, 67 per cent have come up over the past five years alone. Also, in the first two quarters of the current year alone, there have been four unicorns in the fintech space, as per reports.

In the quarter ended June 2020, fintech deals worth over $647 million were closed in India, when compared to the approximately $285 million deals closed by China. The overall investment in fintech crossed $10 billion between 2016 and the first half of 2020.

Digital banking has reportedly drawn the most investments with such banks acting primarily as providers of software as a service (SaaS). Also, the insurtech India space within fintech has drawn investors over the first half of 2021. Data from a separate report also notes that India is the second biggest insurtech market in the Asia-Pacific region, and contributed to 35 per cent of the overall $3.66 billion invested in the region as part of the venture capital focused on the insurtech segment. There are as many as 66 insurtech India firms, according to data.

In fact, during the first wave of the pandemic in 2020, India’s insurtech start-up firms bagged nine deals between January and July; the highest number over the past six years. The funding amounted to $186 in eight insurtech start-ups in that period. Insurtech, experts note, has gained in significance because of the pandemic, when many firms launched products aimed at Covid-19 cover and also adopted fintech to drive both operational and consumer interest.

Further, fintech has been used as a tool for financial inclusion in India, with the government’s Jan Dhan Yojana , Aadhar and mobile (JAM) enabling the sector. According to the latest data from the Reserve Bank of India, Unified Payments interface (UPI) based transactions grew more than two-fold in value for the month of July 2021, when compared to the same month a year ago. According to the RBI, UPI transactions crossed Rs 6 lakh crore mark in July, an all-time high, beating the earlier mark of Rs 5.47 lakh crore in June. The RBI data also shows that UPI platforms saw a 109 per cent increase as many consumers in India took to digital payments during the pandemic.

The National Payments Corporation of India (NPCI) expects $1 trillion-worth UPI transactions annually in the country, even as digital payments gain traction. India expects nearly 300 million active users of digital payments on a monthly basis, as per the NPCI chief, who addressed the Global Fintech Fest. The country saw nearly 22 billion transactions on the UPI platform in 2020, while the same is expected to nearly double this year, as per reports.

Data suggests that the UPI has seen 224 banks participating and has recorded transactions to the tune of $68 billion. As many as 3.6 billion UPI transactions have occurred In August 2021. Also, more than two trillion transactions were processed by way of the Aadhar enabled payment system in 2020, data shows.

Speaking at the Global Fintech Fest, India’s chief economic adviser (CEA) has also urged that banks and financial institutions partner with fintech companies to include retail, corporate and SME lending. The small and medium enterprises (SMEs) and micro SMEs sector in India provide the backbone to the economy; MSMEs account for nearly  6.11 per cent of the manufacturing GDP and 24.63 per cent of the GDP through service activities, as per reports. Digital adoption by these micro and SM enterprises has grown two-fold, largely driven by small businesses adopting digital solutions in tier 2 and 3 centres, media reports note. Fintech firms have seen demand for services like e-invoicing and an integrated system to file GST returns, among others, from small traders, wholesalers and businesses. The Cabinet Minister for Commerce and Industry, speaking at the Global Fintech Fest, noted that the MSME sector has adopted fintech solutions for tax filing, accounting and credit payments, among others.

Non-banking financial company (NBFC) fintech lending, reports note, has changed credit delivery approach in the country, and the lending space in fintech has seen a 38 per cent year-on-year (Y-O-Y) growth as of September 2020, according to reports.

Launch of e-RUPI, boost for fintech and financial inclusion

The government recently launched the e-RUPI digital payments platform; the e-RUPI is a prepaid SMS string-based voucher that is delivered to mobile phones of the beneficiaries. It is purpose and person specific, and a cashless and contactless system. Experts note that the e-RUPI will boost financial inclusion as it doesn’t require a bank account or a payment app for the beneficiary to use it. The fintech sector, which focuses on deepening digital transactions is likely to benefit from the widespread use of the e-RUPI, experts add.

Meanwhile, the RBI is also working on its own central bank digital currency or CBDC, which will pave the way for greater digitalisation of the financial landscape. The CBD, is legal tender that is issued in digital form, and the RBI is reportedly looking at the implementation of the same in phases. The RBI is looking at a pilot study to test the digital currency as a general purpose one. The difference between the CBDC and private cryptocurrency is that the former has no volatility and is sovereign, while the latter is marked by volatility. With India leading the globe on the digital payment ecosystem, the CBDC is expected to add another dimension to the landscape and ensure greater financial inclusion.

India’s fintech adoption rate is 87 per cent, the highest in the world, and beats the world average of 64 per cent, according to the Union Commerce and Industry Minister. Further, India has more than 2100 operators in the fintech space, which, according to the Ministry, is expected to touch $84 billion by 2025.

Fintech is coined from merging financial and technology. It refers to businesses that use emerging technology to come up with innovative financial services and products.

What is India’s fintech adoption rate?

What is the global fintech adoption rate?

The global average fintech adoption rate is 64 per cent.

How many fintech players are in operation in India?

India, according to reports, has 2100 fintech players, with 67 per cent of the same added over the past five years.

What is the value of India’s fintech market?

According to Indian government data, the fintech industry is currently valued at $31 billion and is forecast to grow at a CAGR of 22 per cent to touch $84 billion by 2025.