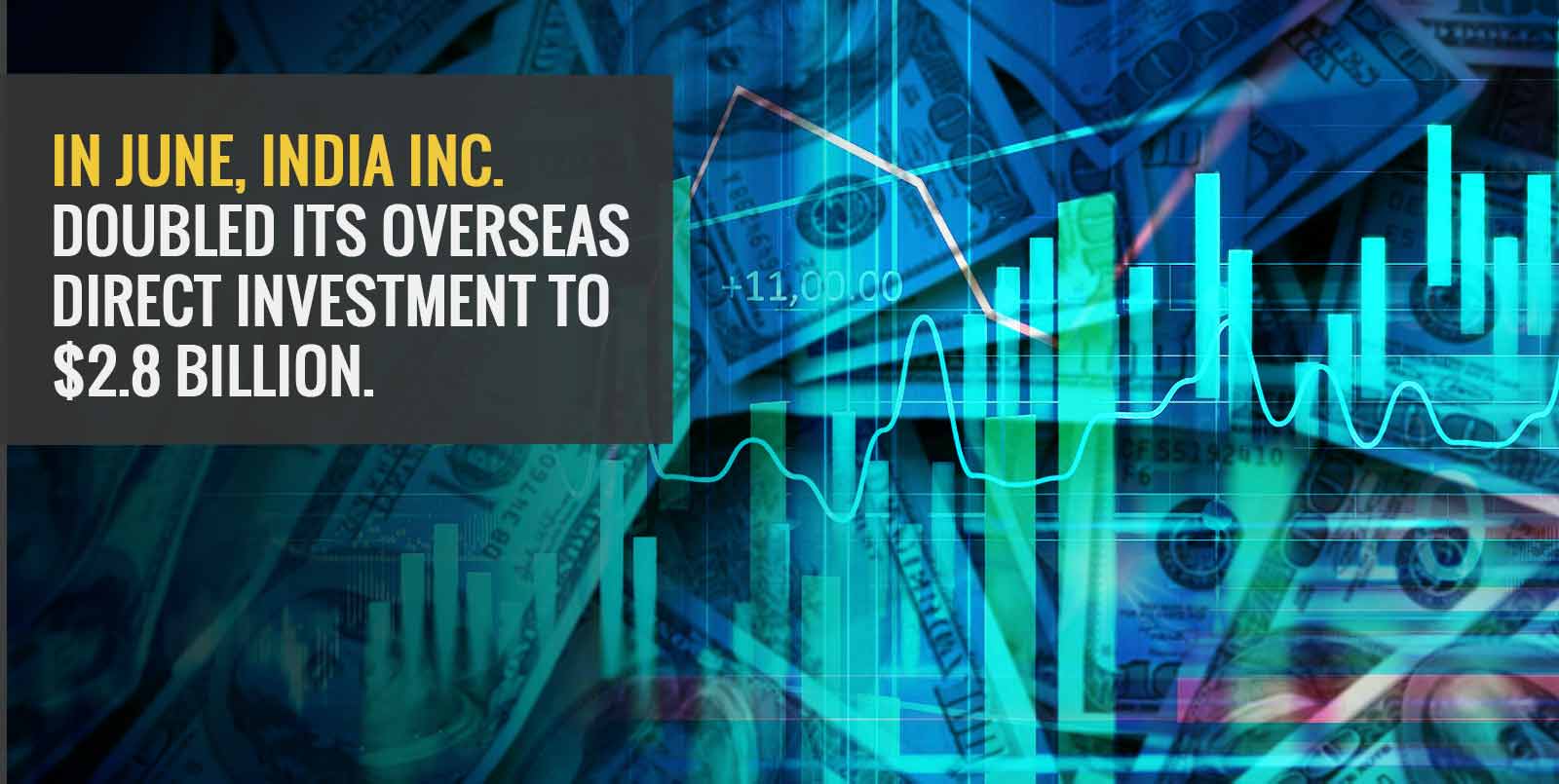 In the first two months of the current fiscal year, India continued to garner significant foreign direct investment inflows. Inflows increased in April-May compared to the same period last year. However, a third of the inflows were due to secondary market purchases of shares rather than company investments in facilities, allowing the country to build up long-term foreign exchange reserves.

According to the latest Reserve Bank of India figures, gross FDI inflows more than doubled to $18.3 billion in April-May this year, compared to $8.5 billion a year ago.

However, over a third of the inflows ($6.3 billion) is in the form of stock purchases rather than new project investment. Regardless, it is boosting the country’s foreign exchange reserves. Unlike portfolio investments, stock acquisitions are not traded on a stock exchange. They could include private equity investments, pre-IPO equity investments, or massive purchases of more than 10% of a firm’s dissolved equity by M&A transactions.

It seems like a continuation of last year, with multiple firms attempting to raise funds, either publicly or privately, in order to prepare for a pick-up in demand later this year. Market observers credit the May increase to investors preparing for the big-ticket IPOs scheduled for food delivery app Zomato and other tech IPOs anticipated throughout the year.

Many believe it is part of a larger pattern. A review of RBI’s foreign investment data shows that inflows through the purchase channel were at least half a billion dollars in eight of the eleven months between July 20 and May 21. As a result, the economy is attracting long-term foreign exchange reserves. Such inflows totalled $6 billion in the month of May alone.

The RBI has stated this as a common FDI trend, with share purchase deals dominating. It has increased market intervention, as evidenced by its foreign exchange reserves. Despite foreign portfolio investors withdrawing $1.5 billion from India and dollar demand increasing up due to higher imports, India’s foreign exchange reserves increased by $19 billion in April-May.

According to a recent United Nations Conference on Trade and Development, India has emerged as a stable destination for FDI, and was among the top five countries to attract FDI during the preceding year.

Are record FDI inflows a reason to rejoice?

Among the bleak economic statistics resulting from the decline in the economy and the pandemic, one set of data has shone out as a bright spot: data on foreign direct investment (FDI) inflows into India. Total FDI inflows were more than $67.5 billion in the first nine months of fiscal year 2020-21, up $12 billion or 22% from the same time in fiscal year 2019-20. This means that inflows during the preceding fiscal year would have surpassed the record figure of $74.9 billion set in 2019-20. Equity inflows have contributed to the increase in FDI inflows, which increased to about $51.5 billion in April-December 2020-21, up from $37.8 billion in the previous fiscal year. As a result, equity inflows soared by more than 36%.

These figures appear to be incredibly optimistic, given that they were released during one of the most devastating downturns ever recorded by the world economy. To grasp the significance of these inflows, many believe two logical questions must be posed. To begin with, how much can these FDI inflows assist the resuscitation of the Indian economy by developing productive capacity? Second, will these inflows help the government’s main programme, the Atmanirbhar Bharat Abhiyan, which was announced in the aftermath of the pandemic to help the manufacturing sector recover?

The financial year 2020-21 was particularly significant since it featured the selling of Reliance Industries equity to overseas investors. While the pandemic drowned out some of the headlines about its “strategic alliances” with some significant foreign corporations, the data available allows us to place Reliance’s deals in the perspective of India’s overall FDI inflows.

Beyond the Reliance transactions, you must consider whether the patterns of FDI inflows from April to December 2020-21 are consistent with the Government of India’s development aspirations. In this context, the Atmanirbhar Bharat Abhiyan, which is centred on the restoration of the manufacturing sector, should be given priority. FDI is one of the crucial ingredients for implementing this agenda, according to the government.

Data on FDI inflows shows that, despite the government’s predictions of higher inflows into the manufacturing sector, this sector received only 13% of the total. The services sector garnered approximately 80% of total inflows, with information technology enabled services (ITeS) accounting for over 47% of total inflows. This isn’t surprising, considering that Jio Platforms’ activities are classed as “other information technology and computer service activities” by the RBI. Aside from services, wholesale and retail commerce were the two most important industries.