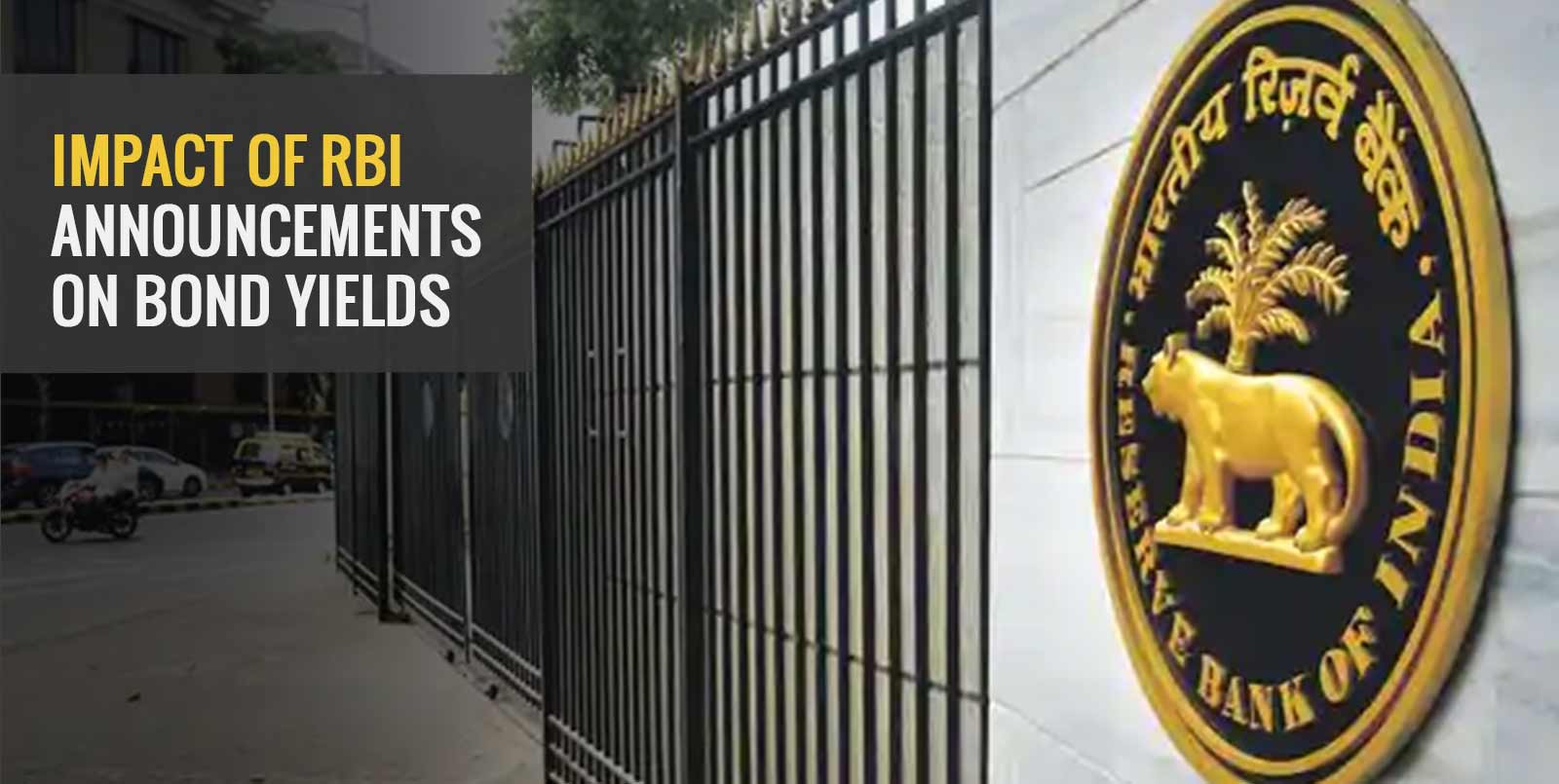 The all-crucial Reserve Bank of India’s monetary policy committee (MPC) announced on Friday kept interest rates unchanged for the seventh consecutive time, maintaining an accommodative position. The RBI has projected retail inflation for FY22 at 5.7 per cent from its earlier forecast of 5.1 per cent.

The central bank has maintained the repo rate at 4 per cent and the reverse repo rate at 3.35 per cent. Inflation rates have risen in the past two months, touching 6.30 per cent and 6.26 per cent in May and June, respectively but the RBI has not tweaked the interest rates.

Meanwhile, yields on the RBI’s new 10-year 2031 bond closed at 6.2067 per cent on Thursday. The flat closing may be attributed to traders treading cautiously ahead of the MPC meet and the weekly auction of bonds to be held on Friday.

Also, the RBI in its MPC policy on August 6, has announced that it will conduct two G – SAP (government securities acquisition programme) auctions on August 12 and 26, worth Rs 25,000 crore each. Reports suggest that the central bank will stick to its commitment of buying government bonds amounting to Rs 1.2 lakh crore for the quarter under the phase 2.0 of G-SAP. It had bought bonds amounting to Rs 1 lakh crore as part of the 1.0 phase of G-SAP. The expectation from the G-SAP is that the RBI purchase will cool off yields on long-term government securities. Further, the government has also announced sale of bonds worth a huge Rs 12.06 lakh crore for the fiscal year 2021-22.

The yields are likely to rise following the announcement of the RBI policy, according to reports. However, the central bank may step in to check further rise by way of open market operations (OMO). The yields may also rise because of concerns over supply, as per analysts.

The central bank’s management of bond yields has now come under focus following the RBI signalling that it has allowed yields on the 10-year government bond rise higher after sustaining them at the 6 per cent or thereabouts mark for a while.

The announcement by the RBI on conducting more auctions pertaining to G-SAPS is an important step towards ensuring liquidity. It has also announced variable rate reverse repo auctions (VRRR) on a fortnightly basis in the coming weeks in a bid to bring in liquidity. The RBI has been working at balancing interest rates, amidst rising concerns of inflation. The RBI has also thus far ensured that yields are kept low thanks to its bond buying programmes.

Yields on the 10-year benchmark 6.10 pc-2031 bonds, 5.63 pc-2026 papers, 6.64 pc-2035 bonds also closed higher on August 5, when compared to the previous day’s closing, In fact, bond yields have risen over the past one week, ahead of the RBI’s MPC. Earlier, the RBI had focused on ensuring 10-year bond yields are capped at 6 per cent but that seems to have shifted now as the RBI takes a step at keeping bond yields in line with the realities prevailing in the market.