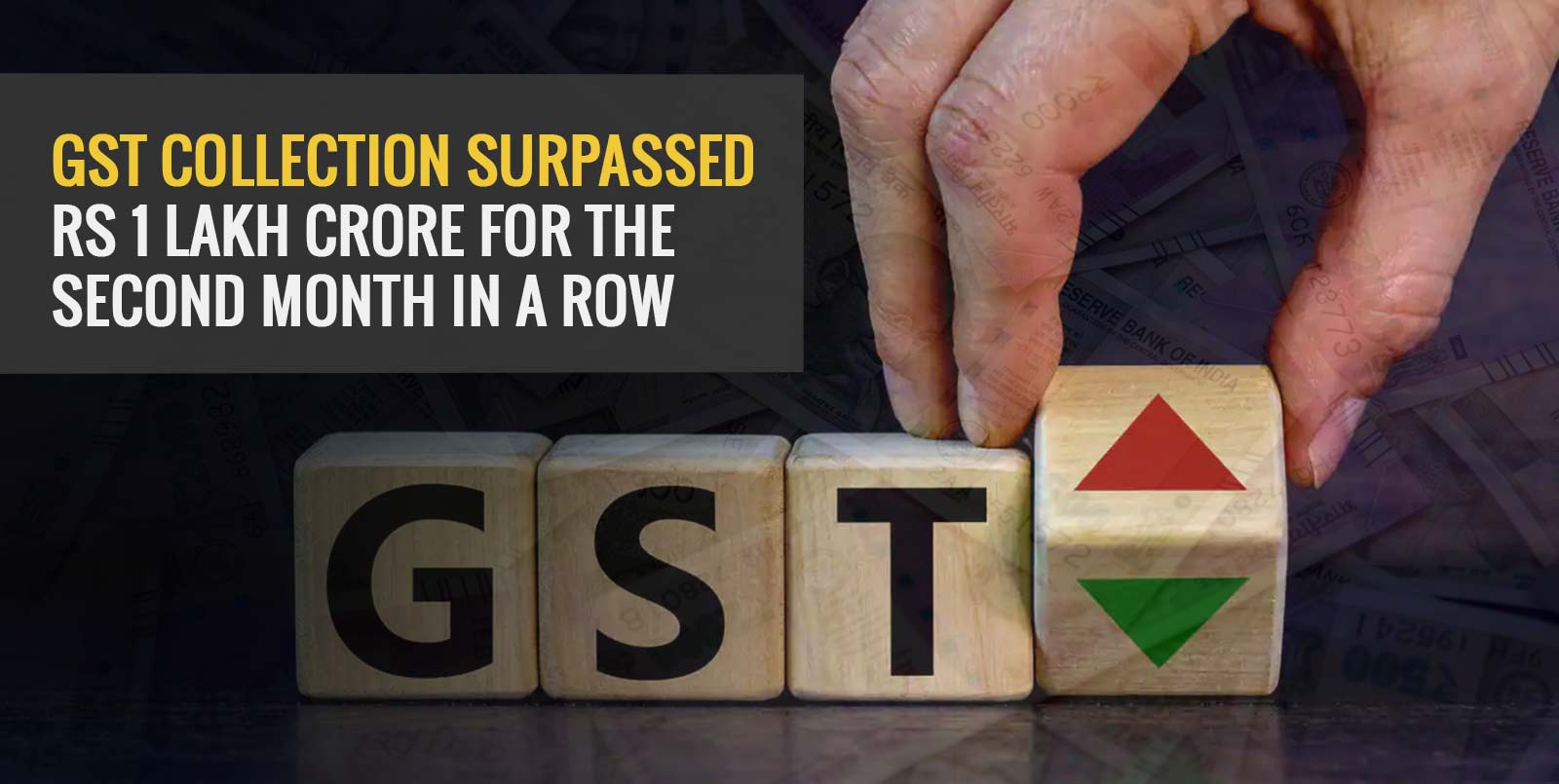 The Goods and Services Tax (GST) collection hit rupees one lakh crore in August, up by around 30 percent year-on-year,  indicating a strong resurgence in commercial activity following the second wave of the pandemic outbreak. Even when compared to August revenues of 98,202 crore in 2019-20 [a non-pandemic year], this is a 14 percent increase, according to a finance ministry release.

Collection in August this year was strong compared to the same period last year, and the trend is anticipated to continue. The high collection in August, which relates to actual business transactions on July 21 indicates the resumption of economic activity throughout states at the start of the festival season, which is projected to continue in the following months.

Except for Daman and Diu, all states and union territories (UTs) reported positive revenue growth in August, according to government figures. Key manufacturing states like Maharashtra (31 percent at 15,175 crore), Karnataka (35 percent at 7,429 crore), and Tamil Nadu (35 percent at 7,060 crore) recorded revenue growth of more than 30% year over year. The central GST (CGST) component is 20,522 crore, state GST (SGST) is 26,605 crore, and integrated GST (IGST) is 56,247 crore of the total 1,12,020 crore gross GST revenue.

The GST collection fell below 1 lakh crore in June 2021 due to the second wave of pandemic, after being above 1 lakh crore for nine months in a row. With the removal of pandemic limitations, GST collection for July and August 2021 has again surpassed Rs 1 lakh crore, indicating that the economy is rapidly rebounding, according to a statement from the finance ministry. Anti-evasion measures, including action against false billers, have also contributed to increased GST collections, it said, when combined with economic development.

The collections are for supplies made in the month of July when lockdown restrictions were removed for most regions of the country. With the rising rate of immunisation and the increasing need for business goods, the upward trend is projected to continue in the following months.

According to data from GSTN, a corporation that prepares tax returns, daily average e-way bills raised up to August 30 were 2.1 million, up 2% from July. This indicates that goods transportation within and between states is stabilising, and GST revenue for the Centre and states is likely to remain stable in September.

Q2. What is the formula for calculating GST?

To calculate GST, just multiply the tax payable by the GST rate. The CGST and SGST payments are equivalent to half of the entire GST payment if CGST and SGST are applied. GST is calculated on the transaction value rather than the MRP.

Q3. What is the GST’s purpose?

The Goods and Services Tax (GST) is one of the indirect tax structural reforms. The federal framework of indirect taxation allows states to exempt or charge products at a higher rate, as well as levy a tax on interstate transfers.