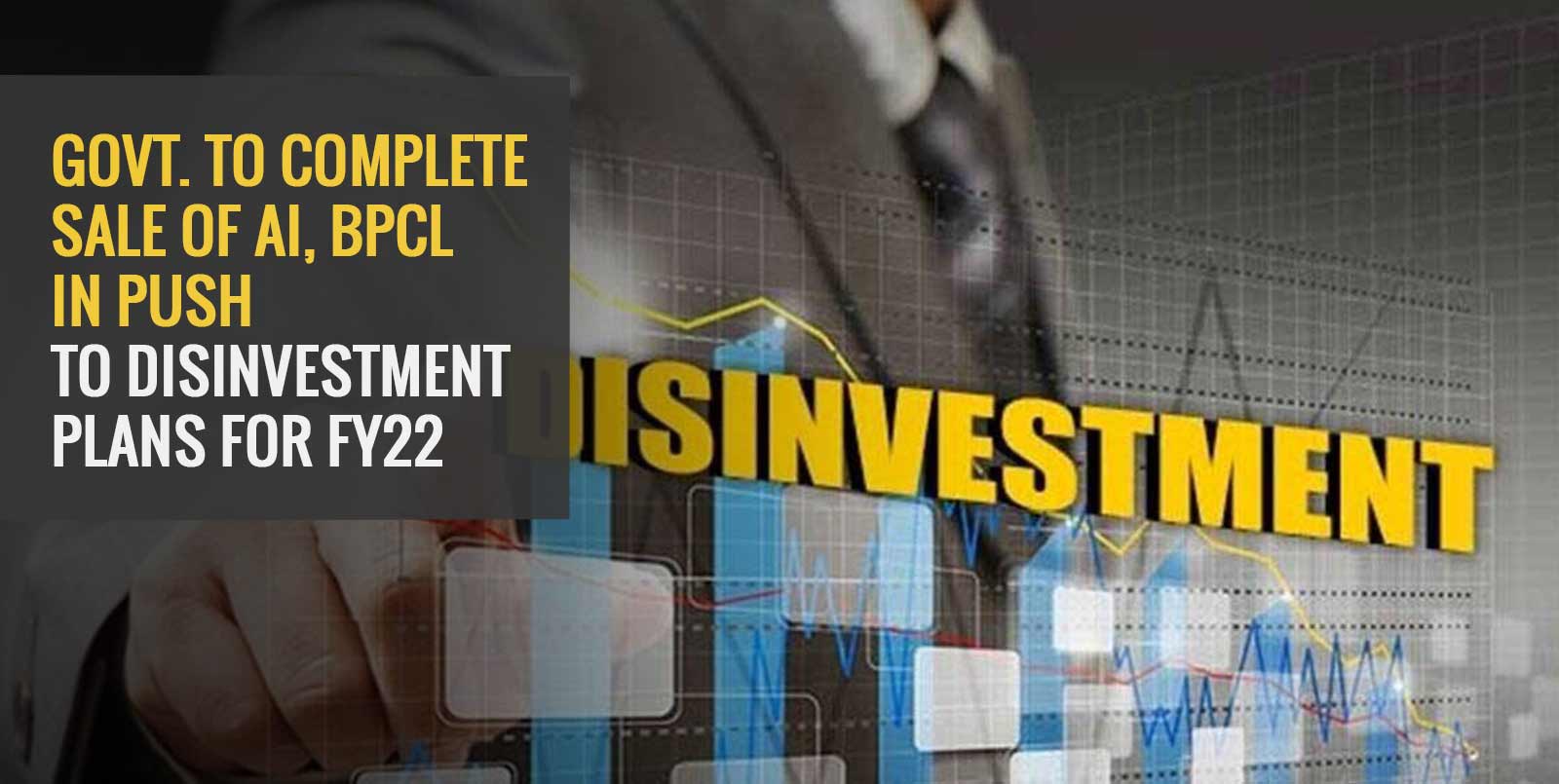 This and other aspects pertaining to the government’s disinvestment plans was charted out by the Department of Investment and Public Asset Management (DIPAM) secretary as part of an annual session organised by the Confederation of Indian Industry (CII).

The government’s disinvestment plans, which had taken a backseat because of the pandemic, is being brought back on track, the official said. At the CII session on Wednesday, the DIPAM secretary also noted that the government would issue an expression of interest (EOI) for sale in Container Corporation of India or Concor.

Earlier in July, the Minister of State for Civil Aviation said that qualified interested bidders are likely to submit their bids for the Air India transaction by September 15, 2021. The government had invited EOIs for sale of Air India in January 2020, which was further extended to the end of 2020, because of the pandemic. According to reports, the buyer would have to take in a little over Rs 23,286 crore as part of the airline’s overall debt of Rs 60,074 crore (till March 31, 2019). The remaining part would go into a special purpose vehicle (SPV) called the Air India Assets Holding Ltd. The proceeds of the non-core assets would be used to offset this portion transferred to the SPV.

Air India’s efforts to sell some of its properties to lower debt is on. According to a written reply to a question in Parliament, the Civil Aviation Minister has said that Air India has thus far gained Rs 738 crore by way of sale of its 115 units between 2015 and July 12, 2021. Further, the national carrier has listed out 111 properties in a bid to monetize them.

With reference to BPCL, the petroleum corporation has shown an over 27 per cent drop in its net profits for the just concluded June quarter. The company, which is India’s second biggest oil refiner, reported a lower profit of Rs 1501 crore because of the steep oil price movement, which was around $20 per barrel to double at $40 during the April to June quarter, according to the company’s filing. The refineries segment of BPCL was able to process 6.84 million tonnes of crude in the quarter, an increase from 5.4 million tonnes in the year-ago period. The government plans to sell its nearly 53 per cent stake in the company, and privatisation of BPCL is expected this year.

The Department for Promotion of Industry and Internal Trade (DPIIT) has, in a note towards the end of July, added a fresh clause to the foreign direct investment (FDI) policy for the oil and natural gas sector. It has allowed 100 per cent FDI in a move to accomplish privatisation of BPCL. It may be noted that out of three firms that have floated an EOU for buying the government’s stake in BPCL, two are foreign concerns.

The Finance Minister, had in her Budget speech, mentioned that strategic disinvestment of Air India, BPCL, Shipping Corporation of India, BEML, Neelachal Ispat Nigam and Pawan Hans, among others, apart from the IPO of Life Insurance Corporation would be accomplished in the current fiscal year.