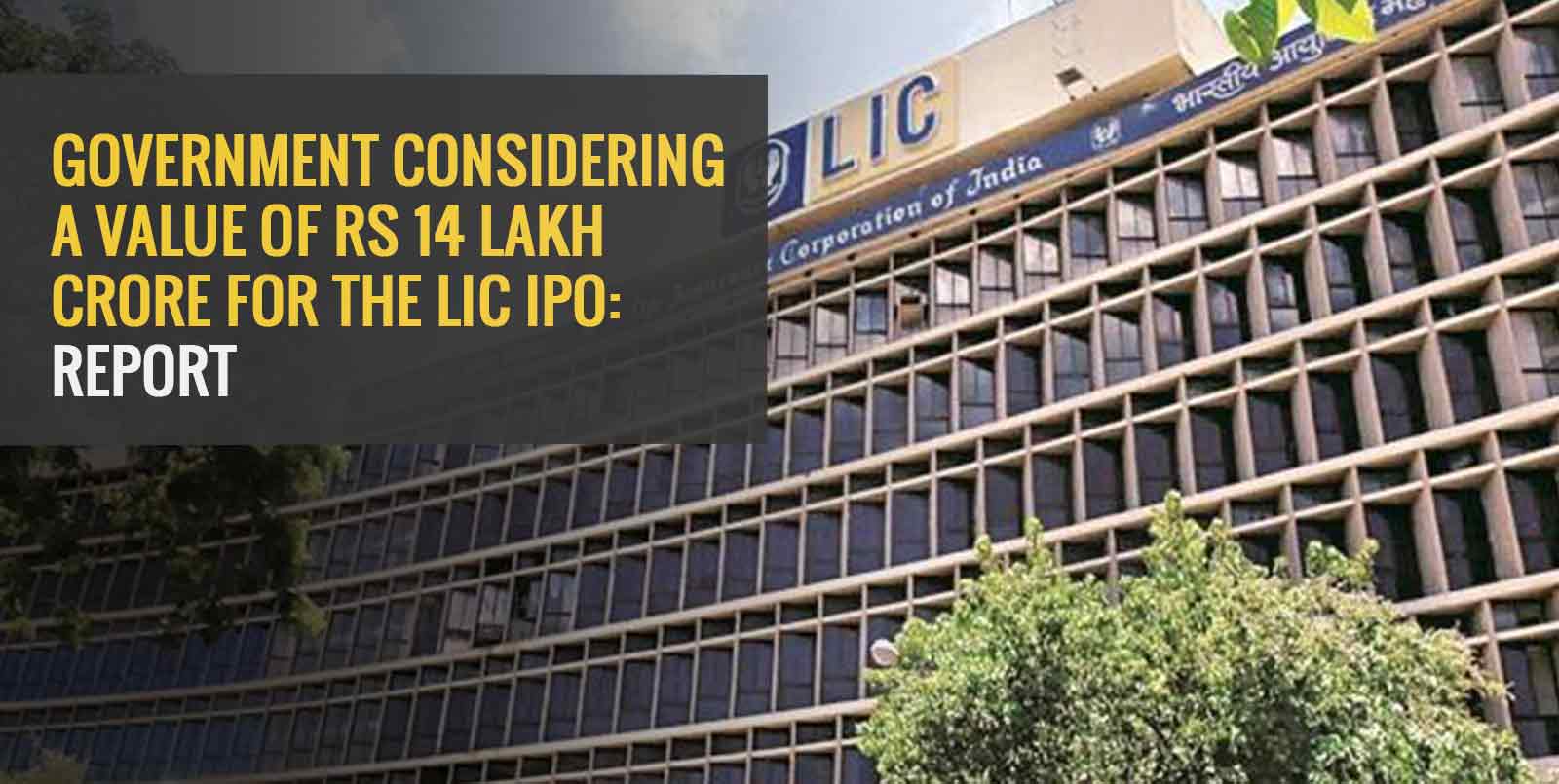 The government reportedly wants to value the state-run Life Insurance Corporation of India between Rs 13 lakh crore and Rs 14 lakh crore (LIC). Despite the fact that no final decision has been made. While different figures are circulating in the market in the run-up to the country’s biggest public offering, it has been learned that the government would seek a greater market value while providing some upside for investors, particularly individual investors. As part of the government’s effort to democratize ownership, a portion of the public offering will be set aside for the company’s policyholders.

LIC representatives have been contacting policyholders in the previous two months, inviting them to register depository accounts and alerting them that they would be eligible for discounted shares. The firm has also been contacting shareholders, requesting that they alter their PAN numbers in accordance with regulations posted on its website. This will allow the firm to determine whether or not the applicants are current policyholders.

By converting a significant number of policyholders, the government will be able to liberalize its surplus distribution policy in the future. Although the legislation provides for a 90:10 ratio, the excess is now allocated in a 95:5 ratio to policyholders and shareholders. Investors and financial markets are eagerly anticipating LIC’s massive IPO, which is a household brand in the nation.

India’s sole government-owned insurance firm is Life Insurance Corporation. LIC was formed in 1956 by the merger of over 245 insurance firms. Until the 1990s, the LIC held a monopoly in the life insurance market, after which the government allowed the private sector to enter. For a long time, the word LIC was used interchangeably with the phrase “life insurance.” In India, there are around 2,048 LIC branches. According to the LIC’s most recent annual report, India has eight zone offices.

Q1. When will the LIC initial public offering begin?

The Life Insurance Corporation of India (LIC) IPO is likely to take place in the fourth quarter (January to March) of the financial year 2021-22, according to a DIPAM official. The process of preparing for an initial public offering (IPO) has already begun. The exact date of the LIC IPO has yet to be revealed.

Q2. What are the requirements for LIC policyholders to apply for the LIC IPO?

Q3. Do LIC policyholders have a better probability of securing a LIC IPO allotment?

It’s possible that LIC would set aside a part of its shares for its policyholders. In such instances, enrolling as a policyholder may boost your chances of receiving an allocation. It’s also feasible that policyholders may get the shares at a reduced cost. This, however, is not yet official.

Q4. Is the sovereign guarantee going to be kept?

The Indian government will make certain that the sovereign guarantee that made LIC so popular is preserved. However, since the government is also changing the Life Insurance Corporation Act of 1956, we’ll have to wait and see how those changes affect policyholders.

Q5. What are the LIC IPO’s lot size and minimum order quantity?

This, as well as other LIC IPO specifics, have yet to be revealed.