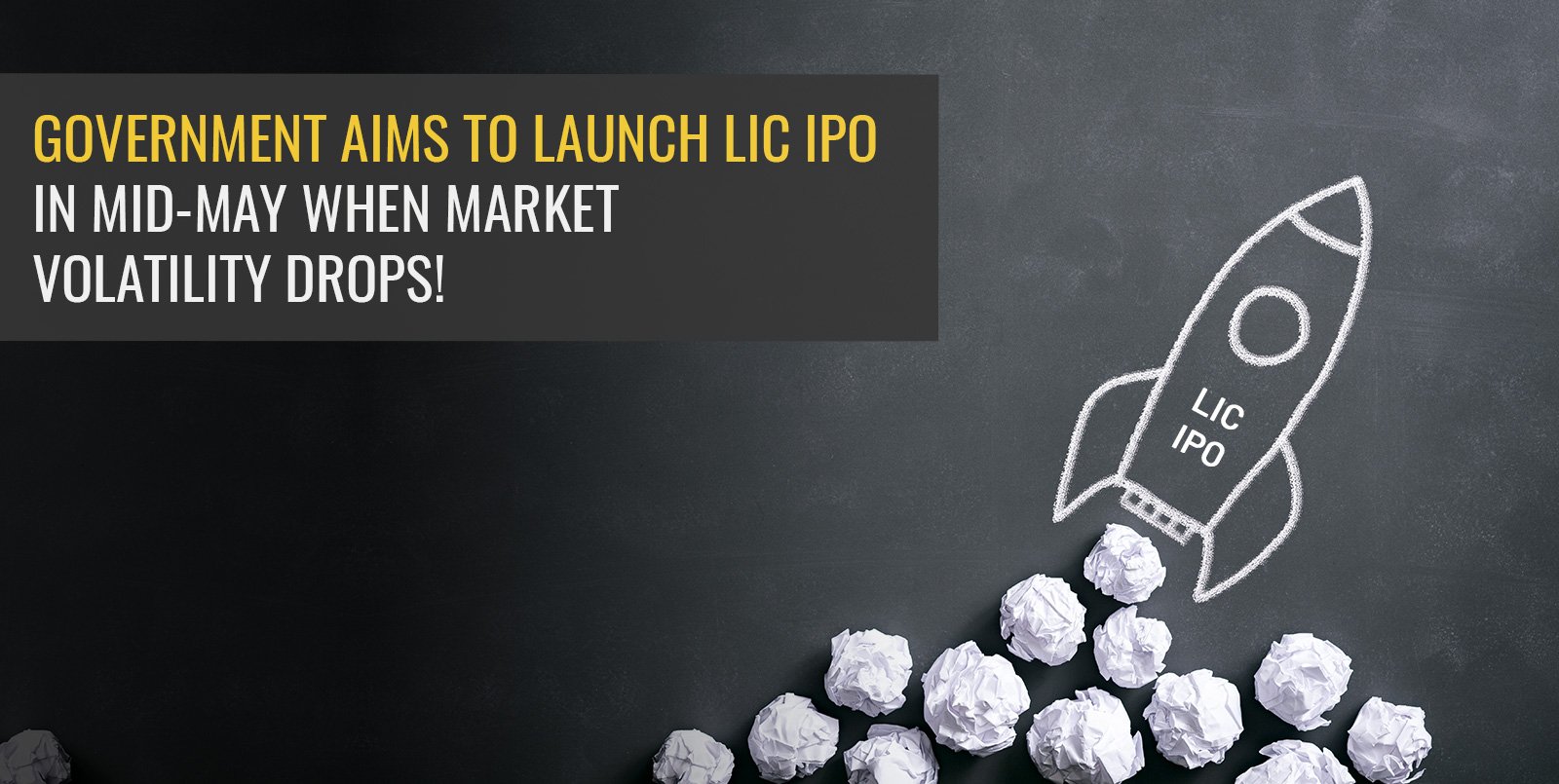 Reports suggest that the Government is planning to launch the much-hyped mega LIC IPO sometime around the mid of May 2022. It hopes that the market turbulence that has been triggered worldwide by the Russian invasion of Ukraine will calm down by then.

Want to know more on this matter? Keep reading!

Why Did the Government Postpone LIC IPO Launch?

The Government had initially intended to launch the IPO of the country’s largest life insurer in March 2022. This mega IPO forms a part of the Prime Minister’s plan for divestment of state-managed assets to tackle a major budget deficit. It planned to raise around Rs. 65,000- 70,000 crores by selling 5% stake in LIC.

However, the ongoing Russia-Ukraine crisis has sparked massive volatility in the global market. This has prompted the Government to push LIC IPO dates into the next financial year. It is concerned that this conflict might keep foreign and retail investors away.

The NSE Volatility Index for India stood at 26 on Monday, which is higher than the previous year’s average of 17.9. The highest volatility so far this financial year was 31.98, as of 24 February 2022.

An official aware of these developments stated that the LIC IPO launch would take place as the market volatility index for India drops to a comfortable level of 15. This delay in LIC IPO is one of the most notable impacts of the Russia-Ukraine crisis on the Asian capital market. The initial public offering of LIC would have been one of the largest insurance IPOs worldwide this year.

What will happen to LIC’s Embedded Value?

As per regulations, the published embedded value of Life Insurance Corporation will remain valid till May 2022. With another delay beyond that, LIC might have to re-calculate its embedded value. This embedded value is a significant parameter to gauge the valuation of an insurance firm on the basis of the latest financial data.

The LIC IPO would include an offer for sale of 31,62,49,885 shares. It would bring Life Insurance Corporation’s valuation at par with some big Indian companies such as TCS and Reliance India Limited. The price band, lot size and other LIC IPO details are yet to be published.

LIC has already reserved 50% of its net offer (not including the portion earmarked for its employees and policyholders) for QIBs, 35% for retail individuals and 15% for the non-institutional bidders. In addition, foreign institutional investors would also be a part of QIBs.

According to a senior official, the Government is also waiting to see how the impact of monetary tightening of the US Federal Reserve would pan out. It can potentially affect the Indian stock market and push away foreign investors.

The official adds that postponing LIC IPO into the upcoming fiscal year will allow the Government to reach its fiscal deficit target of 6.4% of GDP. This is because proceeds from this IPO would boost revenue.

For more updates on the stock market and investment, check out Angel One blogs.

The Government is yet to announce the closing and opening dates of the LIC IPO. However, it will be held around mid-May in 2022.

The Government is yet to declare the face value of LIC IPO.