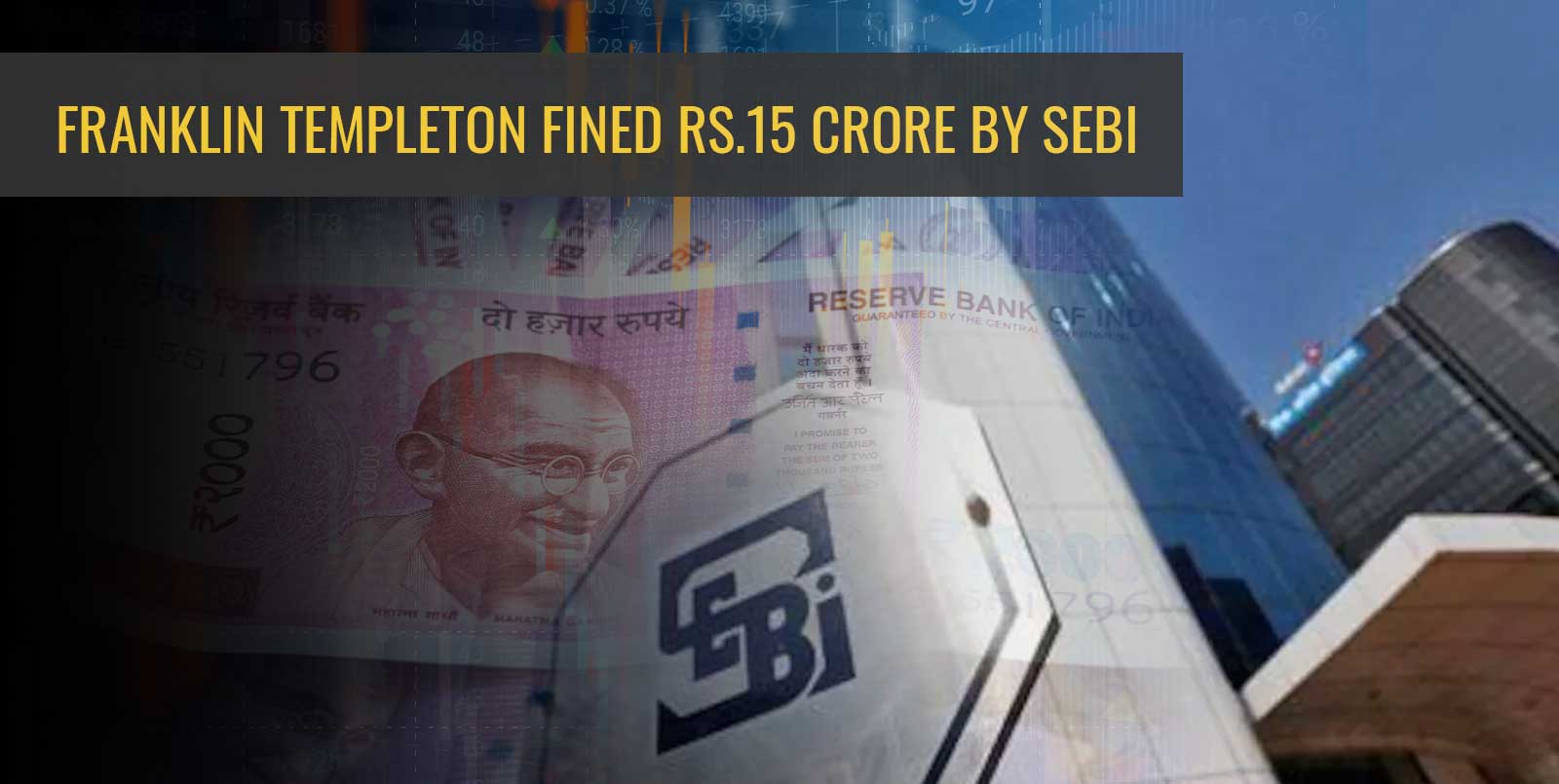 A closer look at the matter

In this notice, the regulatory authority has imposed a penalty of Rs.2 crores each on the President and Chief Investment Officer of Franklin Asset Management (India) Pvt. Ltd., Mr Sanjay Sapre and Mr Santosh Kamat, and Rs.3 crores on Franklin Templeton Trustee Services Pvt. Ltd.

Moving on, SEBI has also levied a fine of Rs. 1.5 crores on fund manager Pallab Roy, Sumit Gupta, Kunal Agrawal, Umesh Sharma, and Sachin Padwal Desai, who were in charge during this regulatory violation. Also, Mr Saurabh Gangrade, who was the Chief Compliance Officer at that time, faces a fine of Rs. 50 lakhs.

Individuals mentioned above have been directed to pay their fine within 45 days.

In its 151-page order, SEBI stated that these professionals had failed to do the due diligence while performing their duties, neglecting unitholders’ interests. The regulatory body further mentioned that Franklin Templeton officials are professionals and experts in their respective domains, yet they failed to avert such a mishap.

To provide a context, in April 2020, Franklin Templeton closed 6 debt mutual fund schemes citing their lack of liquidity and redemption pressure. Together these schemes amounted to approximately Rs. 25,000 crores in asset under management.

Commenting on this incident, a senior SEBI official expressed his displeasure. He said it is surprising to see that a fund that has been operating for more than two decades did not have a robust enough monitoring system for liquidity and credit management.

SEBI has cited the entire team of Franklin Templeton as noticees. The regulatory body further noted that entities associated with this violation had tagged their ‘questionable decision making’ as ‘business judgement’, where the decision of deploying public funds was barely documented.

The cause behind this order was that those investors redeemed their MF units before such schemes would round up. SEBI further noted in its order that Franklin Templeton’s chief of Asia-Pacific, Mr Vivek Kudva, and Director of Franklin Templeton Trustee, Mr Alok Sethi, was a member of the Board of Directors of Mywish Marketplace.

According to SEBI, the concerned officials mentioned above had access to non-public information, for which reason they could liquidate their investments pre-emptively. Hence, they violated the provision mentioned in PFUTP (Prohibition of Fraudulent and Unfair Trade Practices) norms.

Franklin Templeton’s high-yield positions were undoubtedly a risky move last year, with pandemic-prompted lockdowns arresting business operations globally. It is also a case study in how even experienced fund houses can fail to monitor the risks and liquidity of their investments timely. Although the AMC reiterates its commitment to returning funds to unitholders at the earliest, SEBI and analysts alike believe this commitment could have been better suited a year ago.

For more updated news like these and titbits about the stock market, mutual funds, and other investment avenues, refer to Angle Broking Blogs.