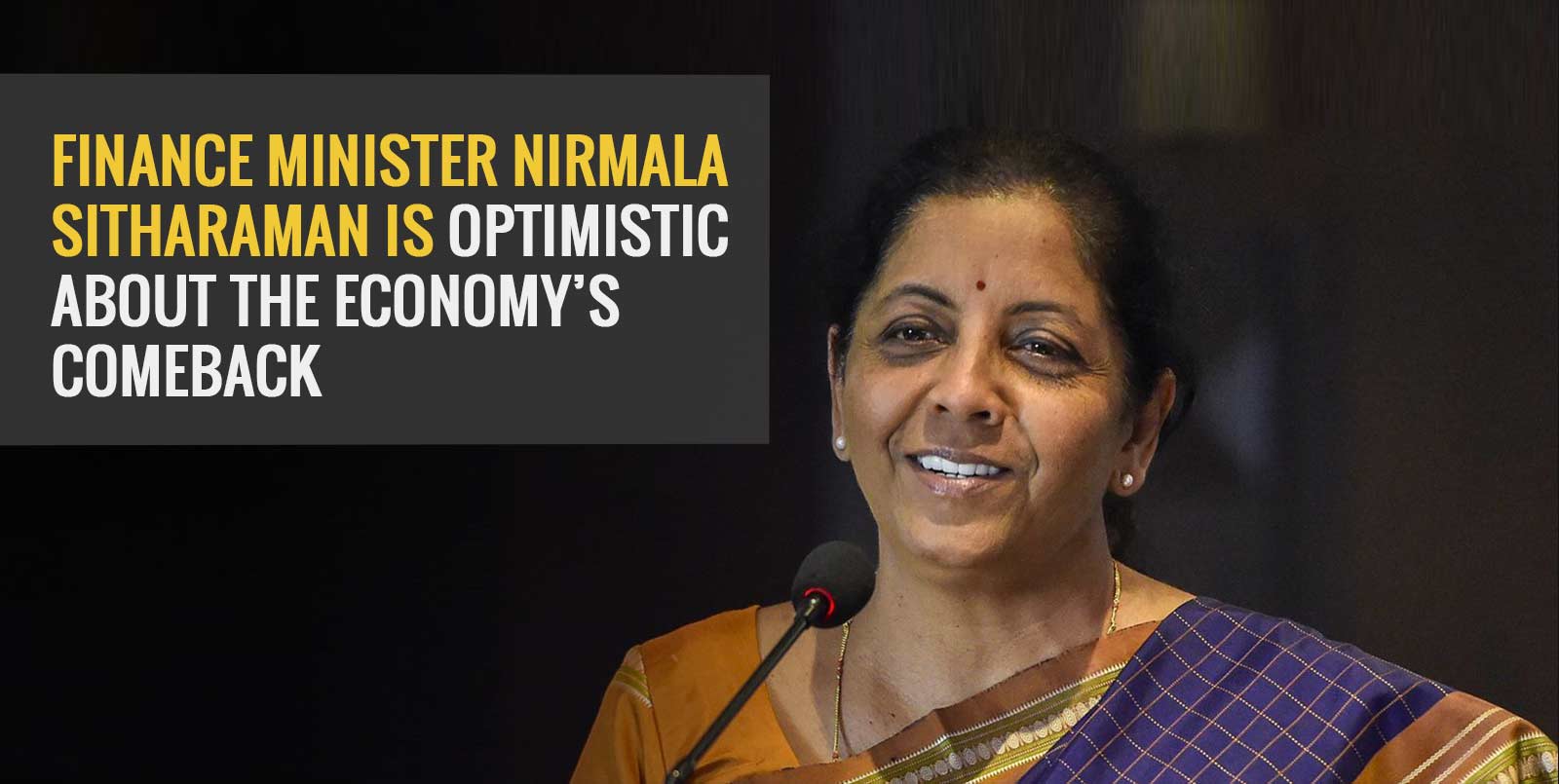 Last week, the finance minister said that the government will back securities issued by NARCL to acquire bad loans worth Rs. 2 lakh crore with a total of Rs. 30,600 crore in government guarantees. She said that NARCL will buy these loans that are completely guaranteed by banks, reducing problematic loans on banks’ portfolios.

“Because the banks drove the entire structure; many of these big-ticket exposures are through consortia; no settlement is feasible until all banks agree. Now that it’s via the IBA, it’s up to them to maintain pushing for better resolution and consensus,” Sitharaman explained.

“Definitely,” she answered when asked if enough had been done for the telecom sector as part of a recent relief package. “The package has been put together in such a way that it also includes reforms. It eliminates a lot of inconsistencies and limitations. Businesses have been granted breathing room. The government wants a free market in that area with more than two or three firms. Markets should be allowed to compete in a free and fair manner, and customers will benefit,” she added.

The relief package approved by the Union Cabinet included a four-year moratorium on dues, the possibility for the government to convert dues into equity once the moratorium period expires, and prospectively redefining how AGR dues are determined.

It was concluded at last week’s GST Council meeting that now was not the time to move fuel under GST. “To a significant part, that depends on states feeling comfortable,” she responded when asked when such a move would be best. States believe that there are just a few items on which they can consider raising or lowering taxes. Fuel taxes and liquor taxes are in their control. They believe that at this moment, they must have revenues in order to be able to let it go. At this point, I wouldn’t want to push states.”

Sitharaman said such a decision must be carefully considered in light of the growing popularity of cryptocurrencies around the world and demands that India launches its own digital currency. “We need to develop something that is appropriate for our systems. India is technologically strong; fintech provides us control over the instruments with which we may play, and our economy is brimming with opportunities. So we must be cautious, but we must also consider things through.”

The finance minister also expressed her satisfaction with the current state of the Indian economy. “Indians have been through it all, have endured, and have shown courage in the face of adversity. Whatever you do — and our administration did everything it could — it will not be enough. This is a pandemic the world has never seen before, so I’m open to hearing whatever people have to say about what we could have done and so on. But I owe a huge debt of gratitude to the Indian people. And, based on the current state of the vaccine push, I believe we will succeed.”

According to the RBI’s most recent forward-looking surveys, firms feel borrowing costs have already reached their lowest point. The Industrial Outlook Survey (IOS) and the Services and Infrastructure Outlook Survey (SIOS) both ask respondents about their current perceptions of financial costs and their forecasts for the coming quarter. Both surveys predict a significant increase in the expected cost of finance in the current fiscal year’s second quarter.

Given the popular belief that the RBI will not raise policy rates at least this year, this may appear paradoxical. Reportedly, the survey responses may indicate a view on the shift in direction rather than the magnitude of the increase in business financing costs. It’s also possible that firms expect non-banking loan rates to climb as the central bank progressively reduces the market’s excess liquidity, which most experts say will happen long before interest rates are raised.

How does a bad bank operate?

A bad bank is a sort of financial institution that buys a bank’s bad debtors at a mutually agreed-upon price and tries to recover the debts or linked securities on its own. The bad bank assumes responsibility for a portion of the debts classified as non-performing assets. All of the lender’s rights in relation to the debt are transferred to the bad bank.

What exactly are non-performing assets?

A non-performing loan is a bank loan that has been defaulted on or is unlikely to be repaid in full by the borrower.