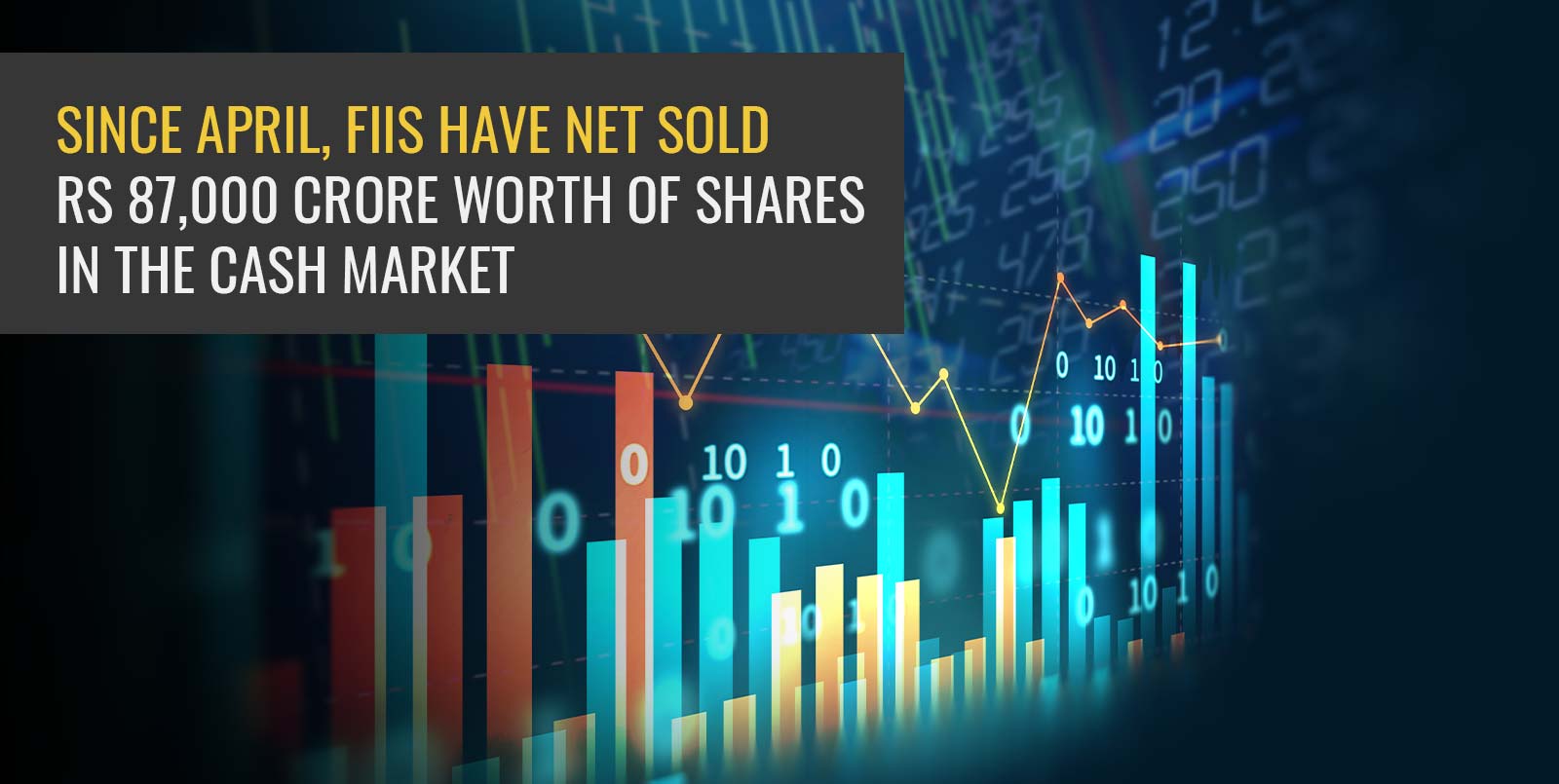 Foreign institutional investors (FIIs) have been selling in India this fiscal year, with an outflow of over Rs 17,900 crore in the equities cash market in November, bringing the segment’s net outflow to about Rs 87,000 crore since April.

This is despite the fact that the Nifty50 has gained over 18% since April and that markets, despite some volatility, are significantly higher than they were eight months ago. Domestic investors have net purchased shares worth more than Rs 13,000 crore so far in November and more than Rs 69,000 crore since April.

Except for September, when FIIs net purchased Rs 913 crore in the cash market, the subsequent months of FY22 saw them, net sellers.

According to experts, international investors are fleeing ahead of the US Federal Reserve’s planned tapering of enormous stimulus and inevitable rate hikes. The move would reduce the interest rate disparity between the US and emerging markets such as India, making them less attractive as a safe haven.

“Foreign investors are relocating funds to the United States as a result of the dollar’s strength. This allows domestic investors to purchase Indian equities at a modest discount, resulting in the discrepancy between DII inflows and FII outflows,” one analyst explained.

“Throughout this fiscal year, the Federal Reserve has been clearly outlining a path for the post-pandemic era, including a decline in bond purchases. As a result, US 10-year treasury yields increased more rapidly, closing the yield disparity between the US and India. This encouraged FIIs to withdraw some funds, while domestic investors maintained their positions,” another analyst noted.

He further blames the FII selling to the Fed’s policy normalisation proceeding more quickly than planned. “Recent FII outflows could potentially be interpreted as a seasonal phenomenon, although flows are projected to resume next year.” Despite the fact that FIIs continued to be net sellers, participants remain confident in India’s capital markets. Since April, Sensex has increased by more than 16%.

“Despite the fact that FIIs sold shares worth more than Rs 87,500 crores in FY21, DIIs purchased shares for Rs 69,000 crores. In FY21, the overall number of retail investors climbed by an astounding 14.2 million. This demonstrates that retail investors now dominate the Indian stock market, ushering in the era of retail investors,” the analyst explained.

While the twin concerns of inflation and illness will continue to influence sentiment, they are unlikely to shock markets into a collapse. Numerous experts are similarly bullish on the markets, stating, “On a broader scale, we reaffirm our bullish attitude, with our positive rationale firmly in place. We see the Nifty reaching significantly greater levels in 2022 than it did in 2021.”

Q1. What exactly does FII stand for?

Q2. Why are FII and DII the polar opposites?

Because it is a selling season for FIIs, DIIs look to buy companies that have already been investigated and sorted at a reduced price. DIIs, in a sense, increase market confidence. Because there must always be involvement from retail and domestic investors, without which long-term faith is impossible to maintain.

Q3. When FII sells, why does DII buy?

FIIs have the liquidity and capacity to acquire pricey equities that an Indian investor would find unprofitable at current interest rates. As a result, DIIs take advantage of the opportunity to sell, knowing that FIIs have the power to move the market while DIIs can merely provide support when needed.