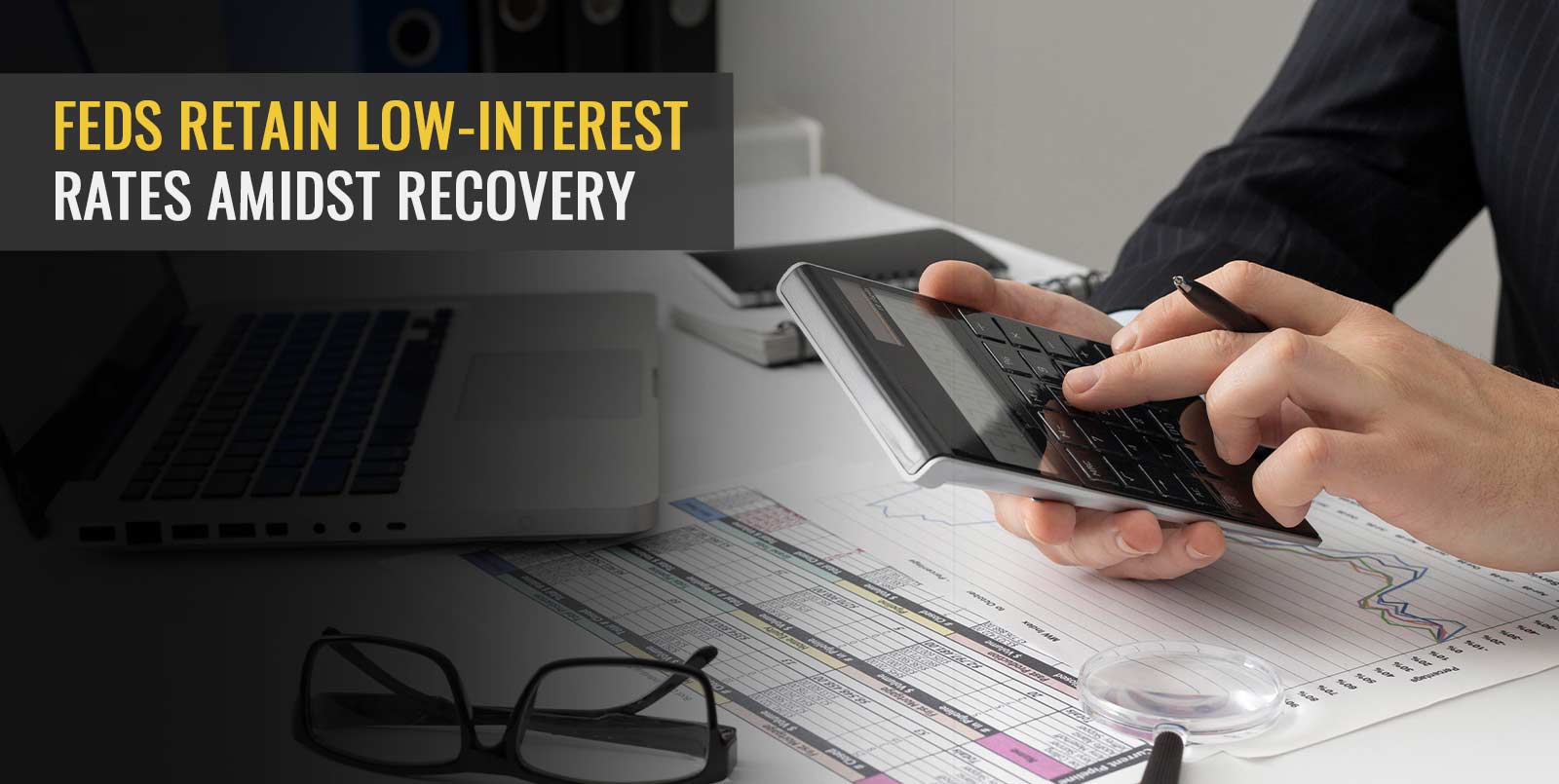 The pandemic took a hit on the population and businesses alike, which in turn led to an economic slowdown in the US. However, with several catalysts like the vaccination drive, lockdowns, and preventive measures, things have started to fall in place once again. All things considered the US economy looks well set to convalesce.  With this recovering economy, the U.S. government believes that the strengthening will only advance with time.

While the U.S. economy continues to strengthen, inflation does not cease from rising. Inflation rates have been picking up quite vigorously as the country is charging itself to fight the virus. Typically, higher inflation being the sign of recovery would come along with lifting the perks offered around loans. However, Chair Jerome Powell clearly mentioned that a pullback on their extremely low interest rate is not even a factor of consideration for the Federal Reserve. After the policy meeting, the U.S. government reiterated that it would maintain its interest rates close to zero, as it was during the beginning of the pandemic. The main reason behind this is to encourage and allow businesses and individuals to borrow and spend comfortably.

In addition to this, the Fed also mentioned that they would continue to buy bonds worth $120 billion and thereby attempt to continue with low-interest rates in the long run as well. However, Jerome Powell is also determinant on the fact that more evidence of sustainable and substantial improvements in the job market to ensure that the economy is recovering at a stable pace.

While Chair Jerome Powell claimed that there would be a reduction in buying bonds once the economy gains momentum. On the other hand, Paul Ashworth, the economist at Capital Economics mentioned that despite the betterment of the economy and the rise in inflation, the U.S. government did not point at reducing the pace of purchasing assets or increasing the interest rates.

Finally, the Chairman also focused on the fact that along with the strengthening economy, the expenditure on livelihood and household goods has increased. In addition, Chair Jerome Powell also mentioned that the major contributor to bringing the economy back to normal depends on the efficiency of controlling the virus. In response, the effort to continue and increase the number of vaccination doses can allow the recovery of the economy to accelerate further. Besides, the U.S. government has been experiencing an early surge in sustained recovery which is reflected by their increased hiring, spending, and manufacturing across departments.

This year has experienced a stream of hope at the end of the tunnel compared to last year. Not only have more preventive measures been put into place, but with the vaccination available, the population and the economic status of the country have seen a drastic improvement. The month of March experienced a substantial increase in jobs with employers offering nearly 1 million jobs. As a result, the month of April saw a drastic increase in the number of applicants increased drastically as more and more companies began to increase their workforce.

This fast pace of growth is also one of the key factors that have contributed to the increase in inflation. As a result, the raw materials produced by several manufacturing companies have increased the prices of their stock. Some companies have also planned to increase prices to compensate for the increased cost of supplies. However, Chair Jerome Powell downplayed these concerns as they could only lead to higher inflation over a prolonged period of time.

Chair Jerome Powell mentioned, for inflation to continue rising in a consistent manner, it would necessarily take quite a bit of time. It is also reasonable to expect inflation to rise continuously in strong labor markets. Once inflation continues to rise steadily, the correction for higher resources would happen by itself.

With time, many employees and laborers would begin to demand higher pay to compensate for the increased prices due to more inflation. As a response, retailers would as well increase their prices to balance out the increased pay and supply. In addition to inflation, the new framework of the U.S. government is aiming to fully recover the jobs that were lost to the pandemic. He also claimed that nearly 4 million Americans who faced the brunt of unemployment due to the pandemic would be hired back into the workforce.