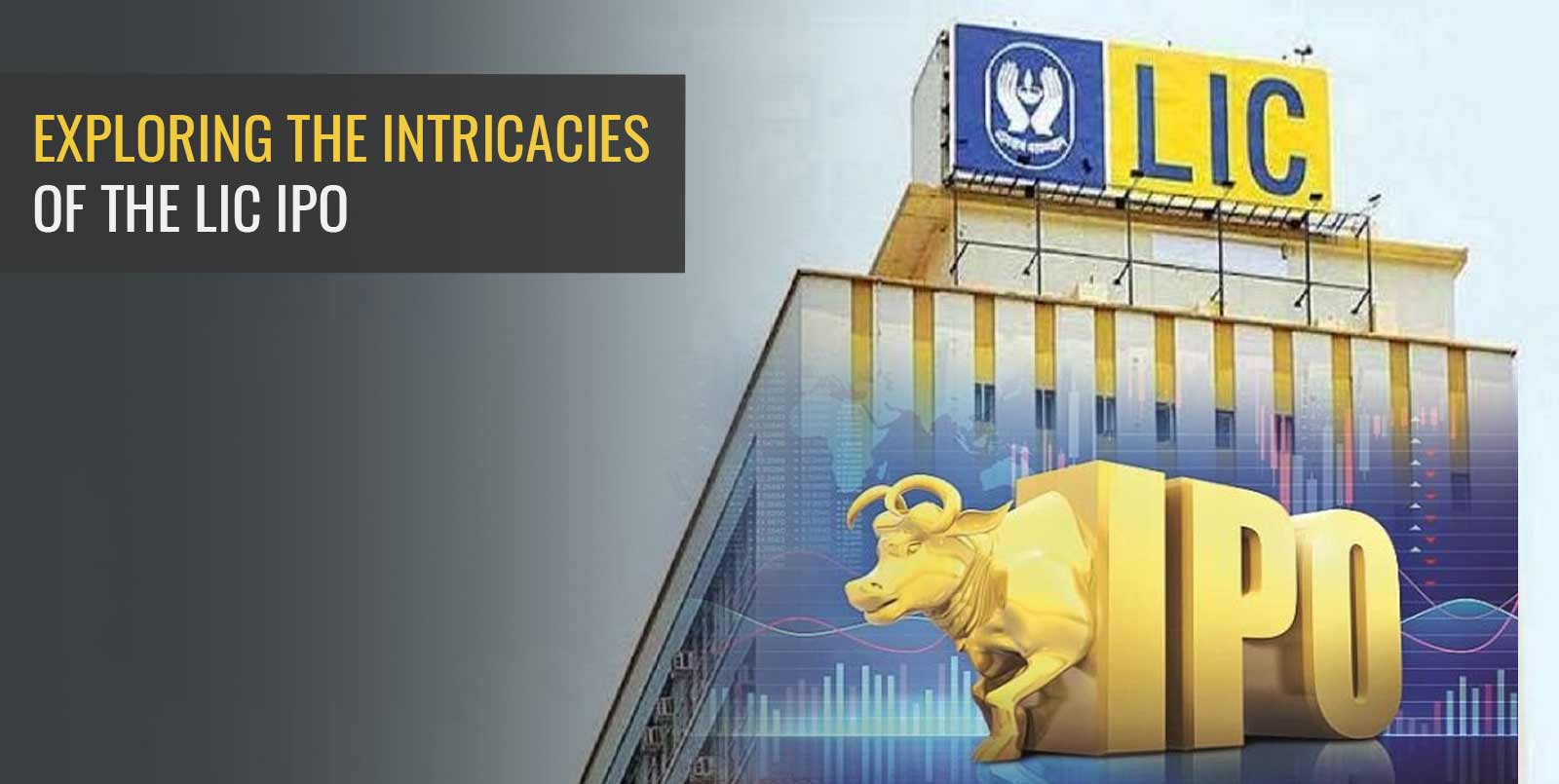 For the uninitiated, the Life Insurance Corporation of India (or LIC) serves as the country’s largest statutory insurance and investment corporation whose ownership falls under the Government of India. Over the past few years, there have been murmurs of the corporation going public, however, the certainty of this endeavor was made apparent in the Union Budget 2022-2023 speech given by the country’s finance minister, Nirmala Sitharaman who made clear that the corporation’s initial public offering would occur shortly. While the government has filed a DRHP with SEBI, the desire for this corporation to go private stems from the need to bolster public coffers that began to run dry owing to the coronavirus pandemic. Funds drawn via these measures would enable the government to begin new infrastructure projects.

The LIC public issue is expected to be the largest India has ever witnessed and could potentially draw in over USD 10 billion. Once this listing occurs, LIC could see itself standing in line with giants like Reliance.

Up until 2000 which was the year in which private firms were permitted to set up shop in India, LIC served as India’s primary life insurance provider which was formed in 1956. Its popularity has continued to this date as is evident from the fact that it accounts for two-thirds of the Indian life insurance market. Responsible for managing assets worth INR 36.7 trillion, LIC has its hands on close to 16 per cent of the country’s GDP. With over 100,000 employees and a million insurance agents, the corporation means business.

By going public, the LIC IPO is expected to help the government raise some much-needed cash that will help combat joblessness and poverty that currently plagues the country.

As of September 30, 2021, this insurance giant has an estimated embedded value that amounts to INR 5.39 lakh crore. At present, private insurance companies are known to trade at a multiple of 3 to 4 times their embedded value. This embedded value, however, only provides an estimate of what the company ought to be valued at keeping in mind a range of assumptions. Further, the extent to which this value is multiplied is dependent on and could vary in accordance with a number of qualitative factors.

Given the LIC issue size and the leading position it occupies within the market as it dominates two-thirds of the market share, it isn’t necessary for its growth rate to be akin to that of certain private insurers who have been fairly deft.

If we consider a range of embedded value utilized by the corporation to range between 2 to 3.5, its valuation ranges from INR 10.7 lakh crore to INR 18.7 lakh crore. Keeping in mind a total equity capital amounting to 632 crore shares, the issue size with a 5 per cent offer for sale ranges between INR 53,500 crore to INR 93,625 crore. By this logic, the issue price per share would range between INR 1693 to INR 2962. Set again this, the average cost of acquiring shares by the government amounted to INR 0.16 as the corporation went through a capital restructuring prior to the IPO.

At its time of incorporation, LIC had an initial capital that amounted to INR 100 crore. As it was originally designed to be a collective rather than a public limited company, no shares were allocated. In order to transition from a corporation to a corporate structure that has shareholders prior to the public issue, the initial INR 100 crore capital was converted into share capital. This was done by allocating shares that had a face value of INR 10 for an equivalent amount.

September 2021 saw the corporation all 62.25 crore equity shares that had the same face value and these were set against the free reserves outstanding that were present on March 31, 2020. Following this, an additional 560 crore equity shares having the same face value were allotted and set against the surplus retained by the government of India for the 2020 and 2021 fiscal years. Now, LIC has a total capital that amounts to INR 6,234 crores.

By selling a 5 per cent stake of what has been described as one of the country’s crown jewels and wrapping up the same prior to the financial year coming to a close, the LIC IPO seeks to help cement the gaping budget deficit. Time will tell how well this IPO is actually received.