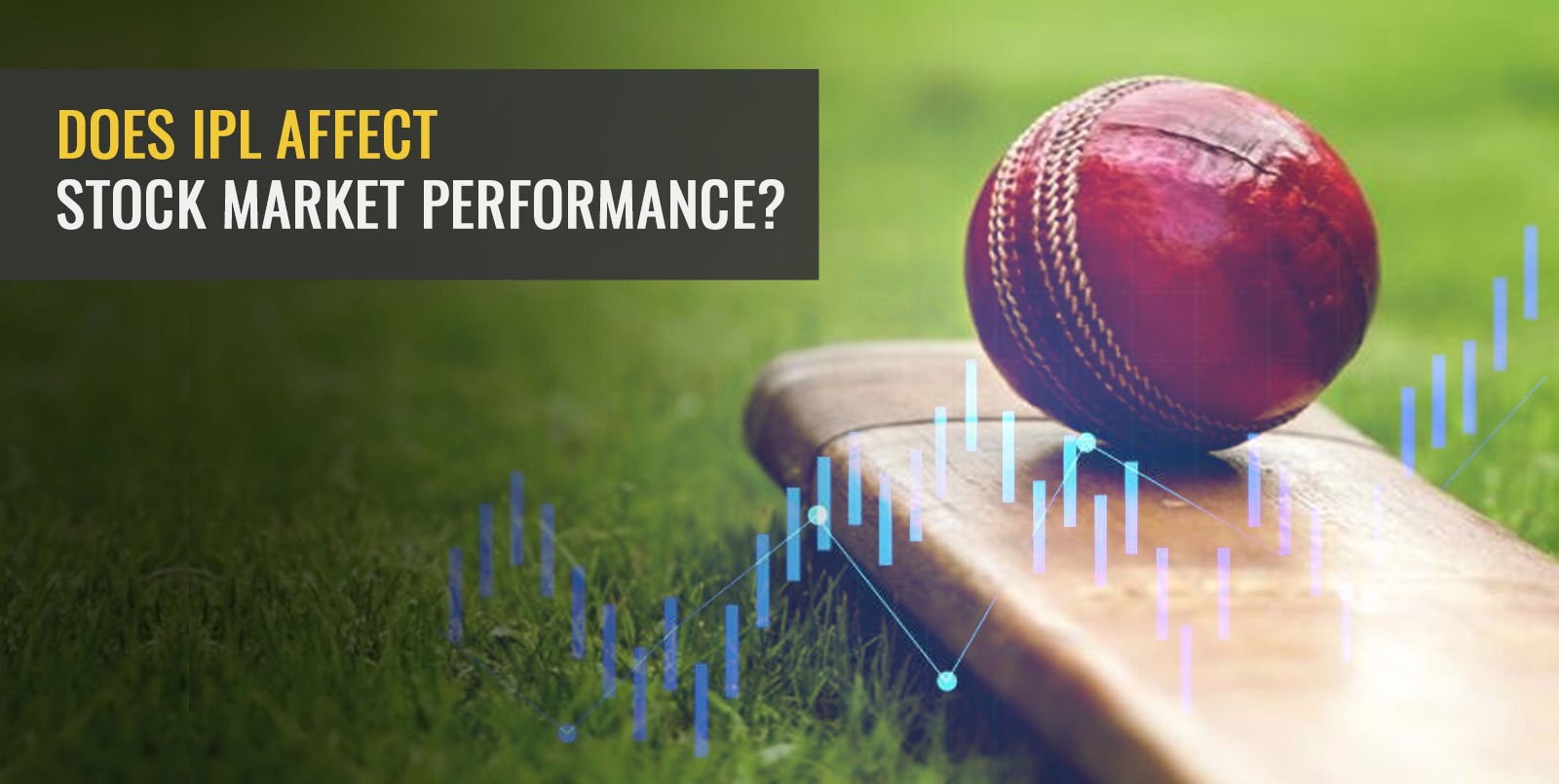 India’s biggest cricket carnival has started. In a country where cricket has become next to religion, assuming that it will also impact market performance isn’t absurd. Experts, therefore, tried to study the IPL effect on stock market, hoping to find a connection between the two. But can IPL influence investor sentiment? Let’s see how far the correlation can go. It will make an even more interesting study because of the unprecedented situation of 2020.

It is the usual belief that share trading takes a back seat during the few months of IPL. But given the dominance of corporates in the event, it won’t be wrong to assume there will be much to look out for in the financial market as well during the IPL months.

Why do experts believe that IPL can influence market performance? Well, they pointed out that emotion has a big role to play in influencing investment decisions. And, the feelings involved in cricket events like IPL can be catalytic in swinging the moods of the investors.

Experts observed investment decisions are influenced as much by emotion as it is by rationale. IPL, which has an audience base of over 730 million, has a strong emotional base attached to it. So, will we see the effect of IPL 2020 on stock market?

What Does The Historical Data Suggest?

We have analysed the past data between IPL and stock market performance. However, we couldn’t find a very strong correlation to latch the two together. For example, in 2009 SENSEX made a whooping 26 percent return during the IPL season. But it was possibly the effect of the victory of the UPA-II government, which was a stronger determining factor. Similarly, the dismal performance of the SENSEX in 2011 can be a result of the higher inflation rate during the year.  However, we can’t also completely ignore that there is some amount of impact of IPL on stock market. It influences investors’ outlook and influence investment decisions like, often stocks of the sponsor company of the winning team performed well in the market.

Here are some connections between stock prices and IPL.

Matches help corporate: Data shows that sponsors of the IPL teams perform better in the market during the IPL season. Also, winning boost the moods of the investors and swing their preference towards the winning team sponsor, like in 2009 DCHL stocks rallied after DC team won the title. DCHL stocks gained 42 percent after the victory of Decan Chargers. Or, you can look at the example of Reliance stocks. Reliance stocks performed significantly better when Mumbai Indians won the title in 2013. Before that, Reliance shares were generating negative returns consecutively for three years. The same happened with India Cement shares, which gained 10 percent when Chennai Super King, the team it was sponsoring lifted the trophy.

IPL affects mean daily return: Data analysis has shown that market return following a victory is higher than average mean returns on other days. Conversely, market performance slows down following a loss. During the T-20 World Cup, the market recorded a lower loss in the days following India’s win.

The bottom line is traders can’t ignore sentiment as a factor while making an investment decision. At some time, emotion becomes the decisive factor for investing. Although we can’t confirm that there exists a strong connection between IPL and the stock market, there certainly is some relation between the two.