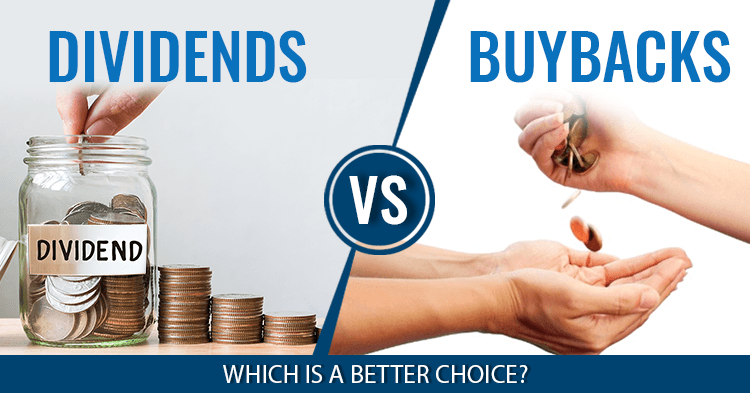 When TCS announced its second round of buyback of shares worth Rs.16,000 crore, it has once again raised the debate on how should companies in India reward shareholders. Broadly, there are two ways of rewarding shareholders viz. dividends and share buybacks. After the Union Budget 2016 made dividends above Rs.1 million taxable at 10% in the hands of the investors, there has been a major shift towards buybacks. At least, large companies with a cash pile prefer to reward shareholders with buyback of shares rather than through dividends. First a word on both these methods of rewarding shareholders!

Dividends are distributed by companies out of their profit after tax. It is a post-tax appropriation. Dividends are cash payouts and to that extent they reduce the value of the company. When we talk of value we refer to the net worth of the company and the market value. Both reduce to the extent of the dividends paid out. Normally, companies that do not have too many investment projects to invest in will prefer to payout the profits as dividends to shareholders. A buyback, on the other hand, is a reduction of capital. In India buying back shares for treasury operations is not permitted, unlike the US. A buyback of shares has to be necessarily for extinguishing capital only. Since buyback reduces the outstanding capital, your profit is distributed across fewer shares and that improves the EPS of the company.

Which is a better choice – Dividends versus share buybacks?

Let us consider the choice of dividends versus buybacks across some key parameters:

Let us also understand buybacks from the perspective of the promoter, since there have been quite a few cases in the recent past. As a means of consolidating the stake of promoters in the company, buybacks can be more useful. For example if the company has a share capital of Rs.100 crore and let us assume that the promoters hold 30% stake. If the company uses its cash reserves to buyback 10% of the capital, then the company’s outstanding capital reduces proportionately. That takes the stake of the company up from 30% to 33.33%, if the promoters do not participate in the buyback. Dividends do not have any impact on the shareholding pattern of the company.

Dividends and buybacks have emerged in India as key means of rewarding shareholders. While buybacks are more tax efficient, there are some critical corporate governance issues that have to be taken care of. Overall, valuations in India are still driven by growth. The irony is that neither buybacks nor dividends are indicative of growth prospects of a company.