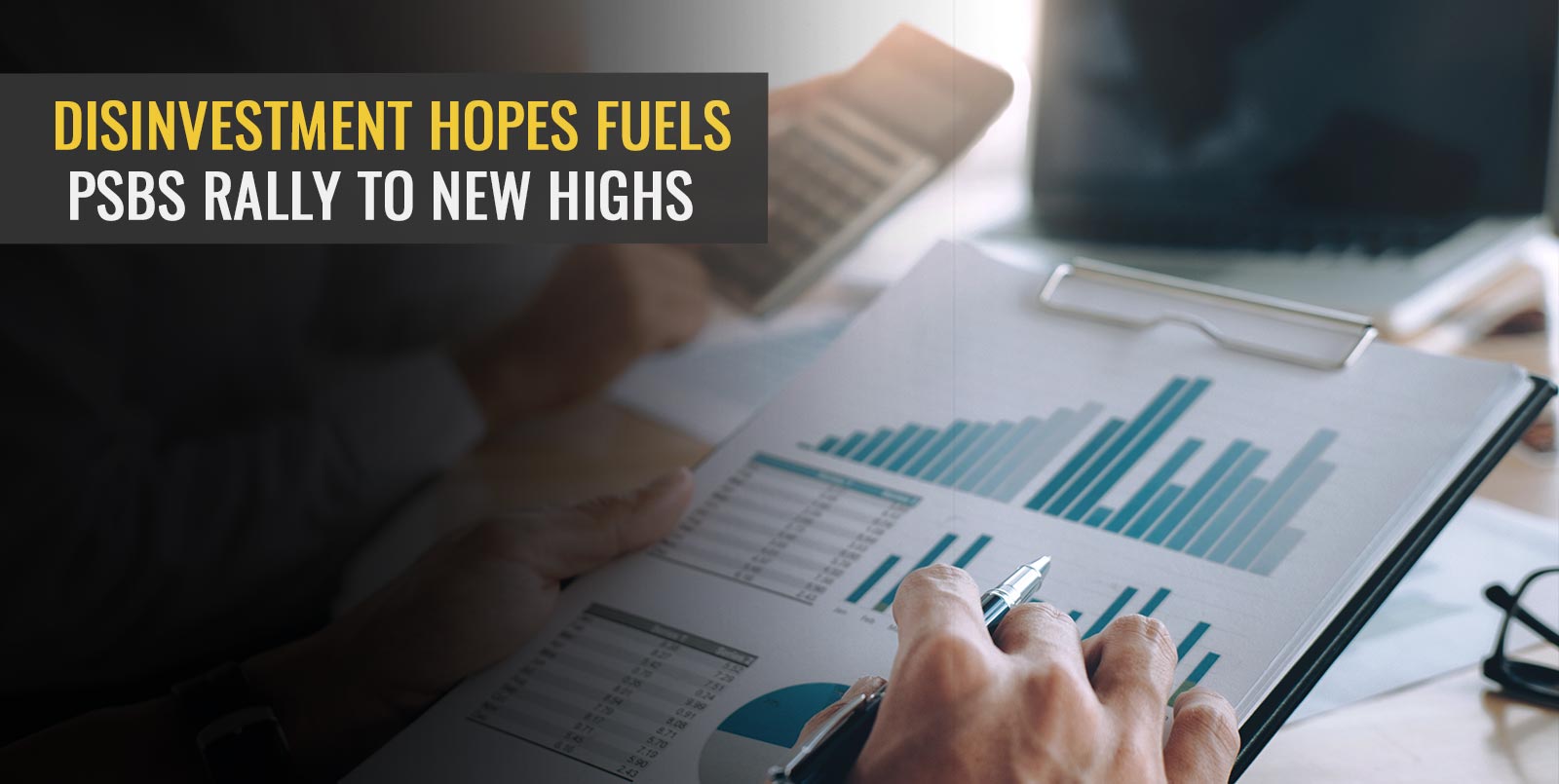 The declaration by Finance Minister Nirmala Sitharaman in her budget speech signalling her intent to privatise two public sector banks has kickstarted an upward run in the shares of several lenders. Bank stocks like the State Bank of India, Canara Bank, PNB and Bank of Baroda have attracted a lot of trading interest in the market and have rallied substantially in hopes that they might be one of the PSBs whose disinvestment is on the cards.

Market experts have also been highlighting that the technicals underlying the PSBs rally are strong and in support of a more robust, longer PSB northbound run. Many amongst them are of the opinion that the PSB rally is far from over, and the bullish run will continue if the Nifty index manages to hold the 14,400-14,450 levels. Experts also said that the Nifty PSU bank index has moved strongly from the bottom levels of 1,947 on April 20 to 2,239.7 by May 11.

However, a lot is predicated on the Nifty holding the 14,400 level. If the Nifty fails to hold that level, then the PSU bank bets will have to be realigned with the new emerging trends in the market. Pointing out that SBI and Bank of Baroda could possibly be the disinvestment picks, experts said that if the 14,400 level is held by Nifty, then PSBs could still deliver a return of 10-15% in the current month itself as their valuations have seen quite the drubbing recently.

However, banking sector professionals have taken a different stand around the topic of PSB privatisation. They point out that the statement of the Finance Minister should be read temperately. Those in the know from the banking domain say that it will be naive to assume that the government’s first step towards exiting from two PSBs is emblematic of the government’s intention to exit the banking sector altogether.

Over the years, the discourse surrounding private and public banks in India has largely been pegged on the contention that private banks are better managed, are far more efficient in their performance and do not encounter repeated interferences from the government when it comes to capital allocation.

There is considerable academic evidence substantiating the fact that efficiency in the Indian banking system has little to do with the ownership of the banks. This argument is quite fairly justified by the quality of output and results delivered by a few government-owned banks not just in India but overseas as well. Additionally, researchers point out that private banks have, over the years, been susceptible to instances of fraud and duping of investor funds as well which negates the contention that it is singularly private banks that can vouchsafe the interests of the depositors.

Meanwhile, many small PSBs have been consolidated and merged into larger entities over the course of the last year. It is quite unlikely that there would be private players or a consortium of private players who could be safely passed on the ownership of these merged banks which boast of a long history, deep geographical penetration and systemic importance. What’s more, there will still be risks if these consolidated PSBs are privatised before ironing out the creases in their administrative and self-governance framework.

It is obvious that privatisation will not address questions surrounding the efficiency or capital sufficiency of merged PSBs. However, as a signal emanating from the government, privatisation of PSBs is an undisputably positive sign of intent and reform appetite. Predecessors of the current government have often given the right signal and led many to believe that an aggressive privatisation agenda is on the cards. However, it has turned out to be the case of all talk and no walk. This time, however, the talk is being followed up by strong action and a crystal-clear follow-through.

Going ahead, the government will have to ideate on setting up a Bank Holding Company (BHC), which will lay down a roadmap to reduce government ownership in banks over a long time frame. There is also a need for detailed recommendations on dilution of government control on the holding company and entity level. This is likely to be a protracted process that will have to address issues of governance and capital management in a fashion that will help entities migrate to a multiple party ownership model.