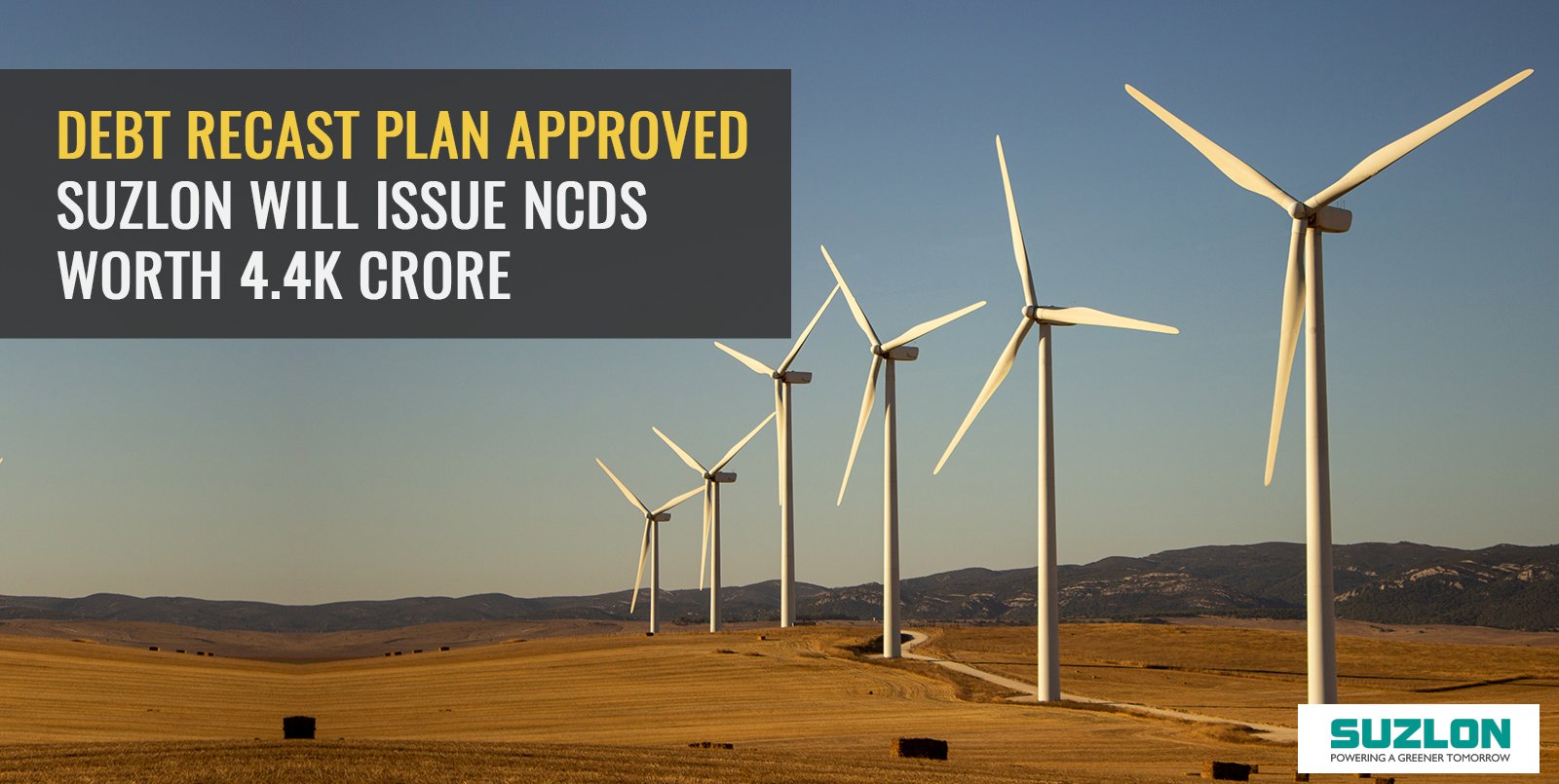 Suzlon Energy Ltd. is a wind turbine supplier based in Pune. On Monday, August 24, the board of directors of Suzlon Energy approved the issuance of Rs 4, 453 crores through non-convertible bonds under its debt restructuring process.

The company, in its BSE filing, mentioned that it is considering issuing debt instruments through a private placement route to Suzlon Global Service Limited – a wholly-owned subsidiary of the company. It clarified that it is a part of their debt restructuring activity. Recently, the company and its subsidiaries concluded a complete debt restructuring activity by issuing several convertible and optional securities.

Suzlon Energy Ltd., once ranked by MAKE as the fifth largest wind turbine supplier. But it has dropped ten rankings, currently struggling under extensive losses and debts. The issuance of non-convertible debentures by Suzlon Energy might ease some pressure from the company’s balance sheet. The company and its auditors are currently conducting a process to finalise the value of the NCDs.

When do companies opt for debt restructuring?

Debt restructuring is a process where companies try to reevaluate their debt exposure to reduce interest rates on loans and make some debts subordinate to others – a method of paying off older debts before the new ones.

Debt restructuring is a win-win situation for both parties. It helps companies avoid insolvency, allows it more time to repay its creditors. The creditors also prefer debt restructuring as they get a chance to recover their loans. If the company declares bankruptcy, creditors will face a tougher time realising their investment.

There are quite a few types. One is a debt-for-equity swap. In this process, the creditors are offered to convert their debt instruments into equities. It might need the creditors to write off their debts partially or wholly and accept company stocks. However, it is still a better option when debt and assets are significantly high, and declaring bankruptcy isn’t an ideal option.

The next option available to the company is to renegotiate its debt situation with its creditors and convince them to accept a haircut. In this process, creditors might agree to omit some portion of their interest-earning or principal to receive payment on the remaining amount.

Callable bonds are issued by a company to protect itself when it can no longer make interest payments.  When interest rates are decreasing, callable bonds allow issuers to redeem the bonds early.

The company is looking at debt recast, which might help it repair some of its current financial problems.

Currently, Suzlon stocks aren’t trading in the exchange, and the trading window is likely to remain closed till August 30.