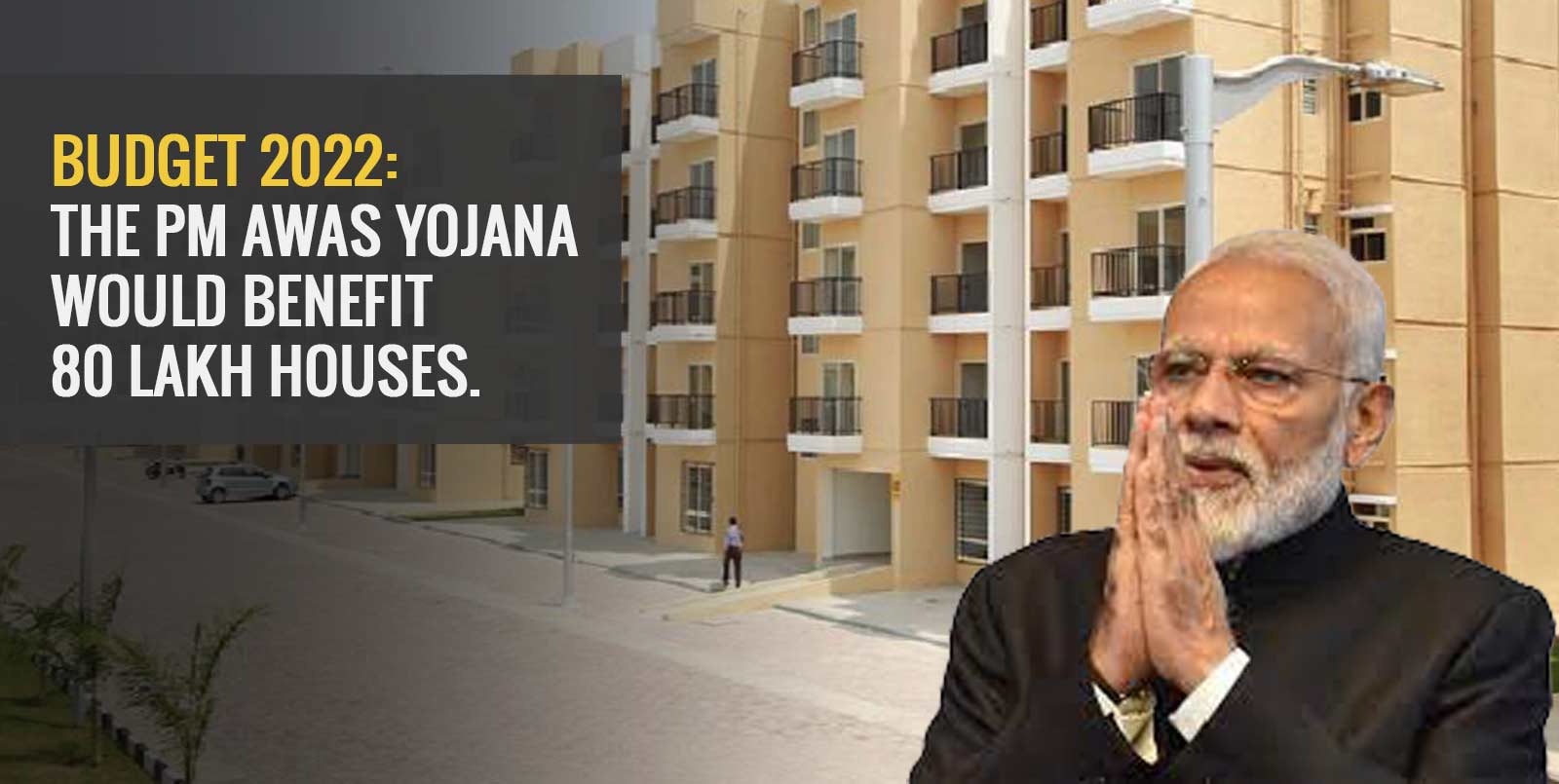 In the Union Budget on Tuesday, Finance Minister Nirmala Sitharaman revealed that the Pradhan Mantri Awas Yojana would build up to 80 lakh houses by 2023. For the construction of these dwellings, the Budget allotted Rs 48,000 crore under PMAY urban and rural. These moves, according to the finance minister, would assist to enhance the affordable housing market.

“By 2022-23, 80 lakh dwellings would have been built for designated PM Awas Yojana recipients in both rural and urban regions. This would encourage affordable housing in metropolitan areas for the economically disadvantaged and middle class,” Sitharaman stated.

Within five months of taking office, the BJP administration announced the Housing for All by 2022 project. It’s all about guaranteeing that every Indian has a house by 2022. The government has launched numerous steps to increase affordable housing and realize the objective of Housing for All by 2022, such as the PMAY, which intends to construct one crore houses in urban and rural India by 2022.

According to government figures, 1.14 crore dwellings have been sanctioned under PMAY against a total estimated demand of 1.12 crore. As of December 12, 2021, a total of 91.5 lakh dwellings have been ground for building, with 53 lakh units built or delivered. Through the Credit Linked Subsidy Scheme (CLSS), a total of 17.35 lakh people have received home loan subsidies, with 6.15 lakh of them coming from the Middle Income Group. According to the government, a total of 6,368 dwellings are being built at a cost of Rs 790.57 crore.

Infrastructure and housing momentum are good for real estate

Budget 2022 has met the majority of real estate industry expectations, thanks to Union Finance Minister Nirmala Sitharaman’s infrastructural and low-cost housing drive. The FM declared that 18 lakh houses will be constructed in FY23 under the PM Awas Yojna during her 92-minute Budget address.

Sitharaman also announced a 35.4 percent rise in infrastructure spending over the previous year, bringing the total to about Rs 7.5 lakh crore, before outlining ambitious plans to improve urban planning and capacity-building in numerous megacities. “Nearly 18 lakh residences would be finished for PM Awas Yojna beneficiaries,” Sitharaman said. “A total of Rs 48,000 crore would be set aside for this.”

“The central government will work with state governments to reduce the time required for approvals to promote affordable housing for the middle-class and economically weaker sections in urban areas,” she said, adding that the central government was committed to helping cut the red tape involved in building low-cost homes under the scheme.

In line with other infrastructure initiatives, Sitharaman announced the formation of a high-level group of urban planners to improve urban planning. The FM also announced that five current academic institutions will be recognised as centers of excellence in urban planning, each with a Rs 250 crore endowment fund.

Sitharaman emphasized the need for Indian “megacities” to evolve into economic growth centers, but said that tier-2 and tier-3 cities would also need to improve their development. “Urban planning cannot go as normal,” she said, adding that “a high-level council of urban planners will offer suggestions on urban policy, capacity development, planning, and governance.” The FM also hinted at modernization of ordinances controlling urban planning and central government funding for mass-transit projects throughout cities, in line with the focus on improved urban planning.

The government’s strong commitment to systematic urban development, with an emphasis on clean tech, sustainable urban living, and improved governance, was reflected in the union budget. The administration is anticipated to strike the correct balance between huge megacities and tier-2 and tier-3 cities, focusing on public transportation and encouraging electric vehicles, which will help reduce the country’s total carbon impact.

The government’s goal of creating 6 million new employment over the next five years will allow residential real estate to expand throughout the nation. The FM has clearly stated the government’s primary goals, and the union budget is progressive, particularly in terms of its focus on developing the country’s infrastructure.