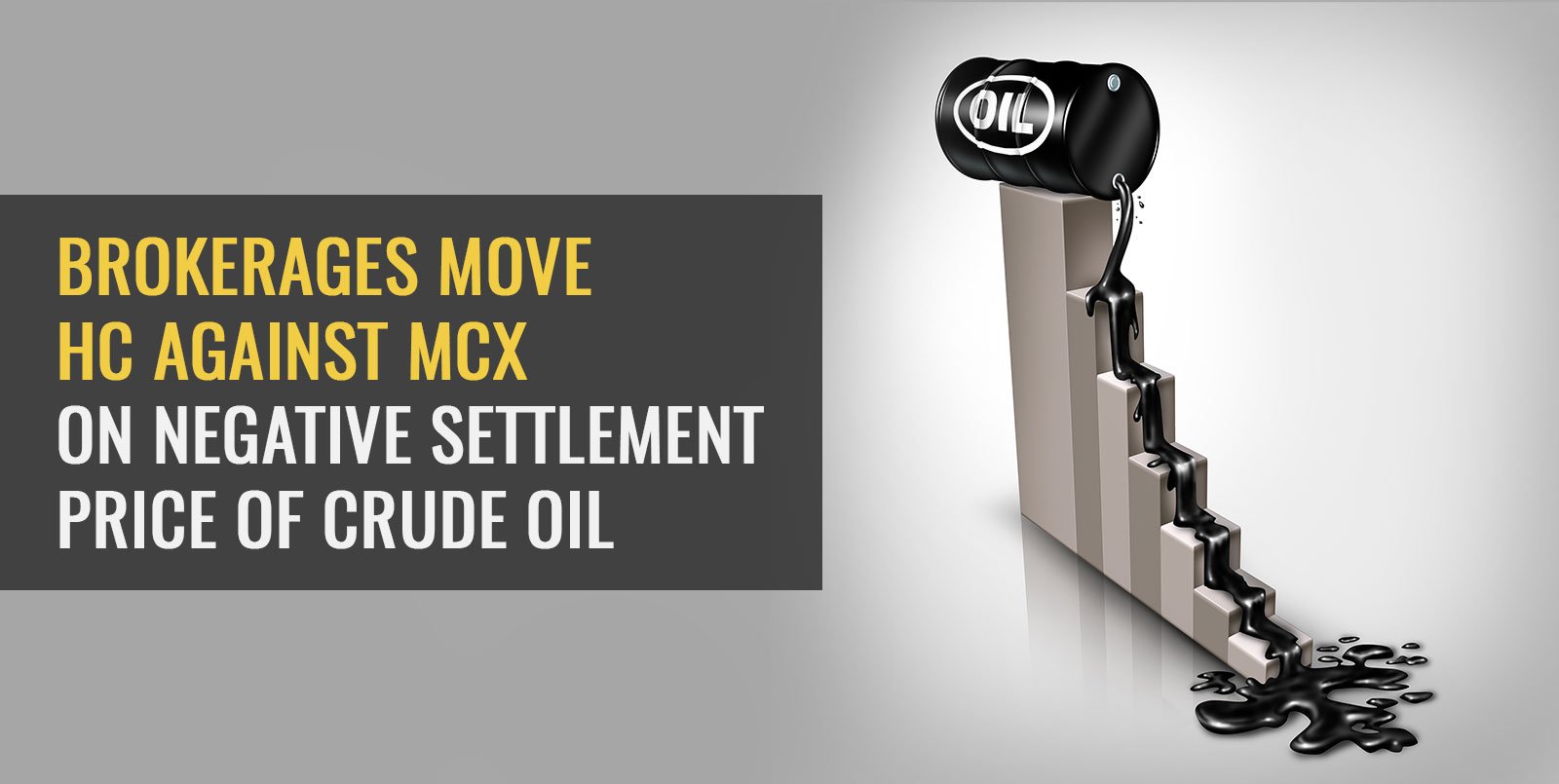 Earlier this month, the US benchmark crude oil prices turned negative for the first time in history, sending shockwaves across global energy and financial markets. Ahead of the expiry, May futures for US crude oil WTI closed at $37.63 a barrel. The negative prices led the commodity exchange, MCX, to settle crude oil contracts at minus Rs 2,884 a barrel causing unforeseen losses to the brokerages and investors in India.

In response to this move by the MCX, a group of brokerages moved to the High Court claiming that there was no provision in India to trade commodities by assigning a negative value to it and that the move by MCX was arbitrary and illogical.

Why did the price turn negative?

The lack of demand for oil amid the nation wide lockdowns, due to coronavirus spread, had sent the US benchmark oil contract, known as West Texas Intermediate (WTI) as low as minus $40 a barrel.

The negative price essentially meant that crude oil producers were willing to pay the buyers to take away oil from them. The negative prices were a result of the storage of storage capacity at delivery point in Cushing, Oklahoma.

WTI future contracts, which are traded at the New York Mercantile Exchange (NYME) required to be settled with physical delivery of crude oil but lack of storage at the WTI contracts for May delivery at the delivery point triggered panic selling which ended up with the WTI falling in the negative territory. However, the global oil benchmark, the Brent continued to trade in the positive.

The negative prices left the traders in India in a precarious position. Crude oil contracts on MCX reflect the prices on New York Mercantile Exchange. As the trading hours in India were curtailed to 5 p.m., due to the lockdown,  traders were not able to cut positions before the prices slumped into negative territory.

Thereafter, several brokerage houses jointly had to move to Bombay high court against MCX, as it settled crude oil contracts at minus Rs 2,884 a barrel. Brokers incurred a loss of over 400 crores due to negative settlement price of crude oil. It must be added that MCX had initially announced a provisional settlement price of Rs 1 for its contract that ended on 20 April.

The brokerages in their petition said that no commodity exchange in India has any provision to trade commodities by assigning a negative value to it. They further termed it arbitrary and illogical.

“Crude futures contracts are settled in cash on the exchange and there is no delivery-based mechanism for these contracts in India and, therefore, these contracts can be traded at base price of Re1 to say the least in case of an unprecedented eventuality.

Thus, assigning a negative value is arbitrary and illogical and demonstrates an utter disregard of basic principles and fundamentals of the settlement system in India,” the plea said according to Mint.

What is the trading mechanism?

at a future date. On the date of the expiry, the buyer either delivers the asset or pays cash to settle the contract value. The profit or loss on a trade is the difference between the buy price and settlement price on the trade.

MCX may have taken cue from the April 8, 2020 advisory issued by CME Clearing, the clearing arm of NYMEX. It suggested that plans were underway to support the possibility of negative prices.

On April 15, 2020, CME Clearing announced that its trading and clearing systems had been enabled to trade in zero or negative prices and allowed trading firms to test such negative futures in the new systems released by the clearing corporation.

Conclusion: The unprecedented collapse in the crude oil prices has not only caught the traders off-guard, but it has also posed an unique challenge in front of the regulators. In India, the market regulator or MCX neither precludes a negative price settlement nor expressly contemplates a negative price. Clarity would only emerge after the HC decides on whether the MCX was right in settling crude oil contracts at minus Rs 2,884 a barrel.However, experts say that since India markets had no mechanism for negative rates therefore the settlement cannot be below Re 1 and the investors were wrongly charged.