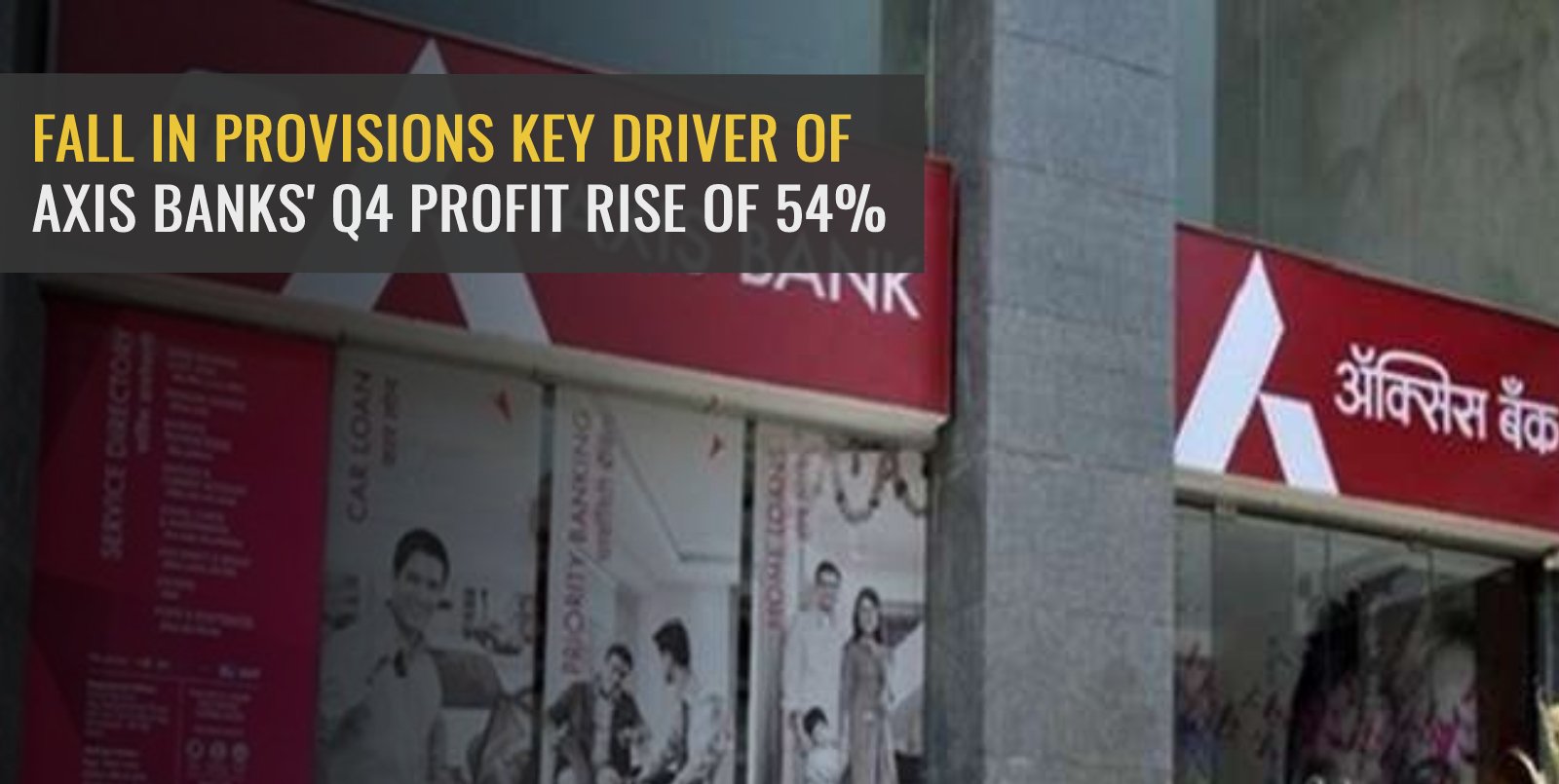 Axis Bank, the third largest private sector bank in the country, has recorded a substantial year-on-year increase in its earnings for Q422. According to the Axis Bank results for the final quarter of FY 21-22, the total income of the bank stood at Rs. 21,999.5 crores, which is a 15.57% rise over the corresponding income for Q421 which was Rs. 19,035 crores.

During the reporting quarter, the loan book of the private lender strengthened. With a 15% year-on-year rise in total advances, the advances in Q422 stood at Rs. 7.07 lakh crores. A drastic proportion of Axis Bank’s net advances (57%) comprised retail loans, and the segment recorded a year-on-year growth of 21%. One of the interesting takeaways from the Axis Bank Q4 results was that the bank’s corporate loans recorded a mere 4% growth over the corresponding numbers for Q421.

As per the Axis Bank Q4 earnings news, the bank’s provisions and contingencies for the quarter stood at Rs. 987.2 crores, reflecting a 54.4% decline. The sequential line in ten aforementioned metric was recorded at 26%. Despite the sharp decline in provisions for the final quarter of the past fiscal, the bank has ample cumulative provisions. The non-utilization of its Covid-19 provisions has helped the lender accumulate cumulative provisions to the tune of Rs. 12,428 crores as of Q422.

Another key facet of the Axis Bank Q4 results is the significant decline in the lender’s credit cost. In Q422, the credit cost for Axis Bank was 0.32% – a decline of 116 basis points from Q421 and 12 basis points from Q322. Furthermore, the provision coverage ratio as a proportion of Axis Bank’s Gross Non-performing Assets increased to 75% in Q422. The corresponding ratio for the preceding quarter was 72%.

Axis Bank’s results news for Q422 also revealed an improvement in the asset quality of the lender. The bank’s Gross Non-performing Assets as a percentage of its net advances reduced to 2.82% in Q422. This decline represents a 35 basis points fall in the aforementioned ratio. The Net Non-performing Assets Ratio for the lender also registered a decline in Q422 and fell to 0.73% – a decrease of 18 basis points.

Driven by Axis Bank’s robust financials for Q422, the bank’s Earnings per Share rose to Rs. 14.40. This represents a 150% rise over the EPS for Q421 which was Rs. 9.60. With a rise in the EPS, Axis Bank Limited’s share price and market standing are slated to become stronger.