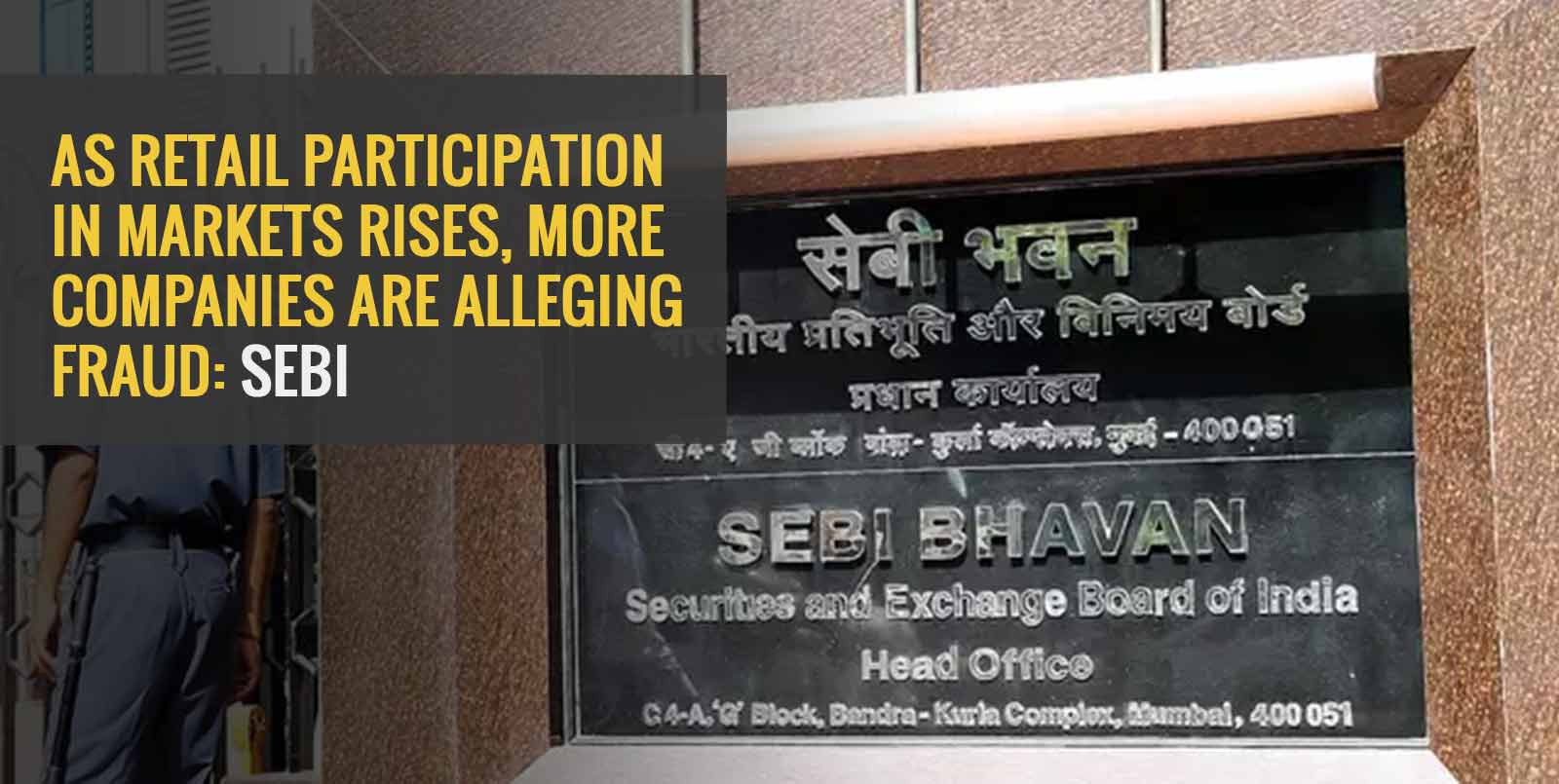 The rise in corporations reporting scams in tandem with an increase in retail investors’ interest in stocks is a worrisome trend that needs to be addressed, according to SEBI’s whole-time member SK Mohanty.

According to Mohanty, 65 percent of companies have detected fraud this year. Simultaneously, they have over 1.5 crore new retail investors in the capital markets who are willing to wait for their assets to mature. “So, the scenario we’ve found ourselves in is quite perilous.  As a result, now is the time for sensitization, awareness, and education,” Mohanty said at a conference hosted by industry lobbying group CII.

He stated that frauds affect investors’ confidence as well as the value of their investments since the value of a particular share decreases and that it is, therefore, critical to address the issue.

According to Mohanty, a survey shows that 12% of those organisations had faced fraud, with the cause being unauthorised access to sensitive information, and the situation being worrisome. “People who have access to sensitive data would encash it for the benefit of their associated parties,” he predicted, adding that such events will only become more common in the future.

While fraudsters are constantly one step ahead, SEBI is tightening its policies, according to Mohanty, noting modifications to related party transactions (RPT) that broaden the scope of related parties as an example.

Recognizing concerns such as SEBI exceeding its mandate or jeopardising the ease of doing business agenda, Mohanty stated that it is critical for the regulator to combat scams, adding that the regulator’s and the government’s reputations are on the line if a disaster occurs.

Last year, the SEBI created a distinct corporate fraud investigations department from the general investigative department in response to an increase in the number of frauds, he added.

In response to the changes brought about by the work-from-home culture, Mohanty stated that the shift to residences has increased fraud incidents because people can gain access to sensitive data and has also helped increase retail investor participation in the markets because working from home allows for higher savings.

Earlier at the same occasion, an expert, bemoaned the fact that independent directors do not take a critical view of things as they are meant to, despite their eminence and the money they get. Corporate frauds are often decided at the top, and an entire army of individuals executes them, according to him, who cited the body’s recent experience dealing with 99 scams.

He also mentioned a recent RBI report that indicated it took an average of 57 months to disclose fraud in a loan account worth more than Rs 100 crore, and expressed displeasure, questioning how one would track down the initial offender five years later.

Every audit company has a forensic practise, but Mohanty is sceptical of the outcomes. He also believes that frauds occur because important employees such as the chief financial officer, managing director, and compliance officer work hand-in-hand with the board.

According to Mohanty, the markets regulator is also cleansing a flurry of recent initial public offerings (IPOs) by corporations, with each case requiring companies to provide more information, which can assist lower the occurrence of fraud.

Who are retail investors and what do they do?

A retail investor is a person who buys stock in a firm or invests in mutual funds, exchange-traded funds, and other types of mutual funds. When compared to institutional investors such as hedge funds, insurance firms, and endowment funds, these investors make comparatively tiny investments.

What does “pump and dump” mean?

A pump and dump scheme is when an individual or group of investors promotes a stock they own and then sells after the stock price has risen due to the increased interest generated by the endorsement.