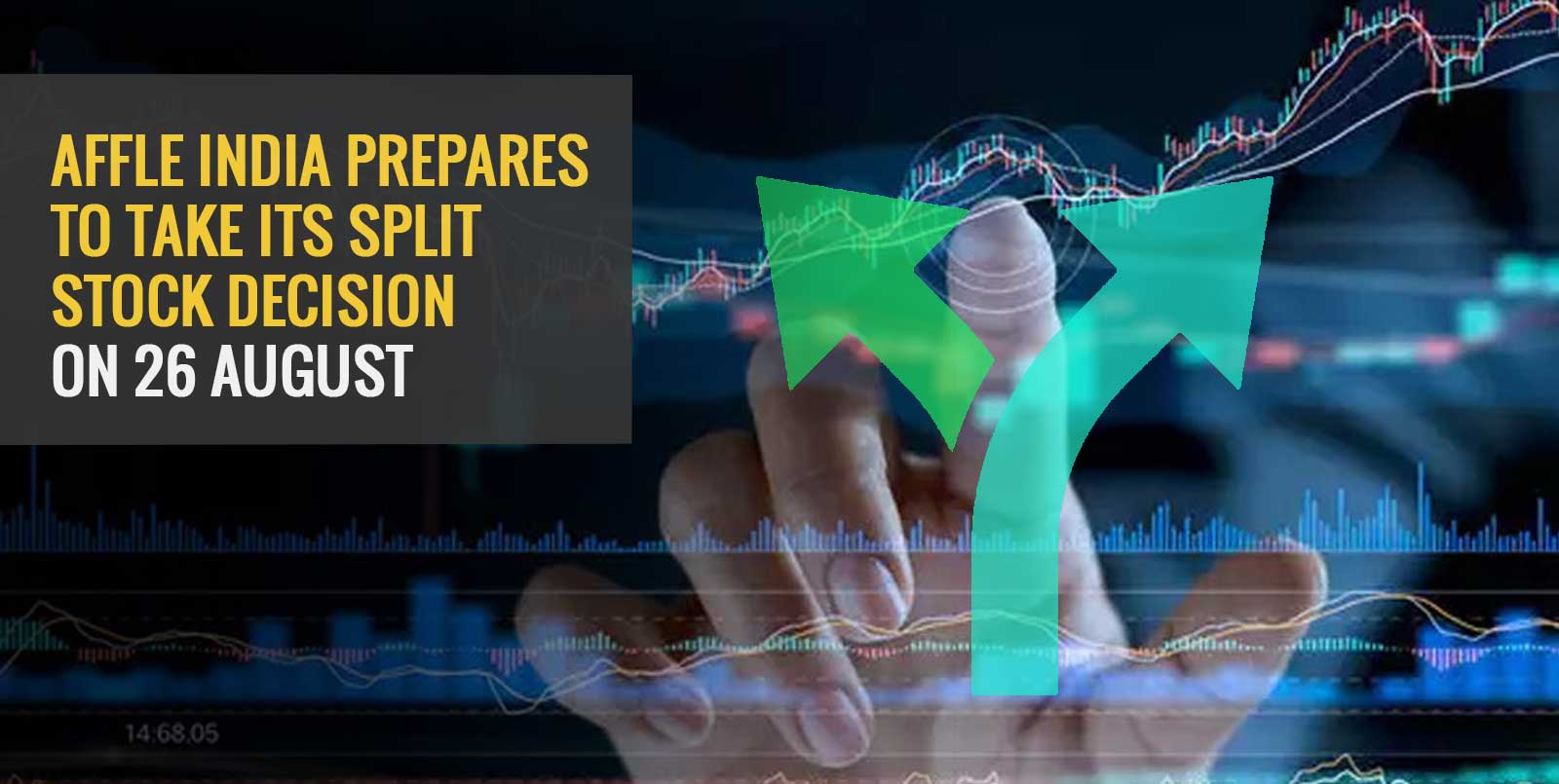 Affle India’s board of directors is scheduled to meet on 26 August 2021 to take a call on the split of equity shares. Subjected to approval from its stakeholders, the company has confirmed this in an official statement.

Why this Stock Split?

Essentially, stock split is a move where a company issues more shares without changing its market capital. Here, organisations issue additional shares to their stakeholders without reducing their value. There are different ways of completing a stock split, like 2-for-1 or 3-for-1.

Let’s assume a company has decided to go with a 3-for-1 split. In that case, as a stakeholder, you will receive two additional shares against each share that you previously had. So, if you previously had 200 shares of that company, now you will own 600 shares, but the total value of stocks will not increases.

A stock split like this helps companies to improve the liquidity of their stock, primarily among the retail investor segment. In addition, this strategy is adopted to make shares affordable for different investors who could not afford to buy these shares previously, owing to their high prices. On the other side, a stock split adjusts the share price automatically in the market. Hence, we can expect this move to benefit both Affle India and its prospective investors.

One of India’s premier mobile marketing companies, Affle, got listed in 2019. The company now trades on BSE and NSE. Affle’s business focus is to deliver increased customer engagement along with acquisitions and transactions via mobile advertising. Currently, this company aims to improve its overall business through relevant mobile marketing campaigns.

Affle India has backing from companies such as Microsoft, D2C (a joint venture of Dentsu, NTT Advertising and NTT DoCoMo).

In the first quarter of FY2022, which ended in June, the company has recorded consolidated revenue of Rs. 152.5 crores, which is a 69.8% year-on-year jump. Additionally, the net profit of Affle improved significantly. It recorded a 57.2% year-on-year jump at Rs. 29.5 crores. The PAT margin for this quarter was recorded as 18.8%.

Affle India has recently partnered with Omnicom Media Group Indonesia to bring advertisements targeted towards connected TVs in Indonesia. This can aid the company to scale up its business in other countries.

ICICI Securities has set Rs. 5,635 target price for Affle India’s shares. The investment bank believes Affle can be a big player in advertising owing to the shift in advertising in terms of its budget and approach. Also, the rising smartphone penetration and surge in the number of online shoppers will play a vital role in Affle India’s growth.

You can choose Angel One platform to invest in Affle India’s shares.

The face value of Affle India’s shares is Rs. 10 apiece.