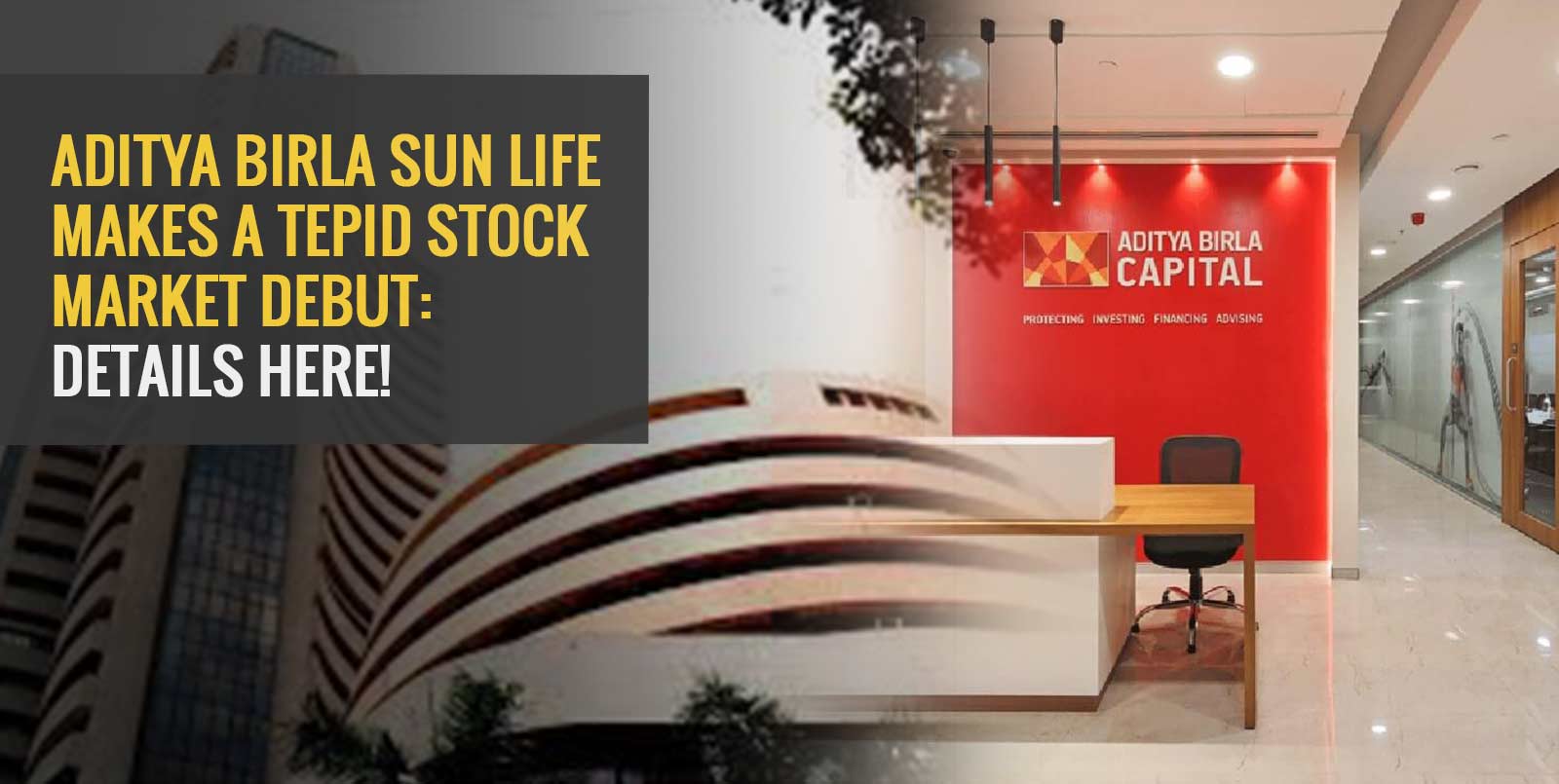 On 11 October 2021, Aditya Birla Sun Life made an unimpressive debut on the bourses. Following a tepid response to its initial public offer, the company’s shares declined by 2.25% on listing at the Bombay Stock Exchange. On the other hand, the stocks opened at Rs. 715 apiece on the National Stock Exchange, higher by 0.42% than its issue price of Rs. 712.

Aditya Birla’s shares were fixed at an issue price of Rs. 712 at the upper band, and they dropped to a low on Rs. 696 on listing.

Here’s More on this Development

The company’s shares started trading at Rs. 712 per piece. On closing, the stocks declined to Rs. 699.65 apiece, noting a drop of 1.7%. However, the same day, Nifty 50 and BSE Sensex hit new highs and noted an uptrend for three successive sessions.

Even though its stocks made a lukewarm debut, the AMC’s enormous growth potential may help it to bounce back. With a diverse distribution network, alongside an experienced management team, track record of innovation and such, Aditya Birla might eventually attract investors in the long run.

Aditya Birla Sun Life floated its initial public offer on 29 September, with an issue size of Rs. 2,768 crores. The IPO, during its 3 days, was subscribed 5.25 times, with each investor category accounting for the following numbers:

Before opening its IPO, Aditya Birla had raised Rs. 789 crores in a funding round from anchor investors.

Aditya Birla Sun Life is India’s largest non-bank asset management company with respect to quarterly average AUMs. On the basis of its AUM, it stands as the fifth-largest company in the country.

By floating its IPO, ABSL expected to fulfil its objective of meeting corporate expenses, settling existing debt in whole or partially, and enjoy the advantages of listing on the bourses.

Despite its flat debut listing, ABSL shares might pick up momentum in the long run. In this regard, investors who have failed to secure the company’s shares during its IPO can now proceed to invest in them via Angel One’s platform.

For more tidbits on Aditya Birla AMC shares, keep an eye on the Angel One blogs!

ABSL AMC shares are trading on both the NSE and BSE.

The company’s investor folio was approximately 7.18 million by the end of June 2021.