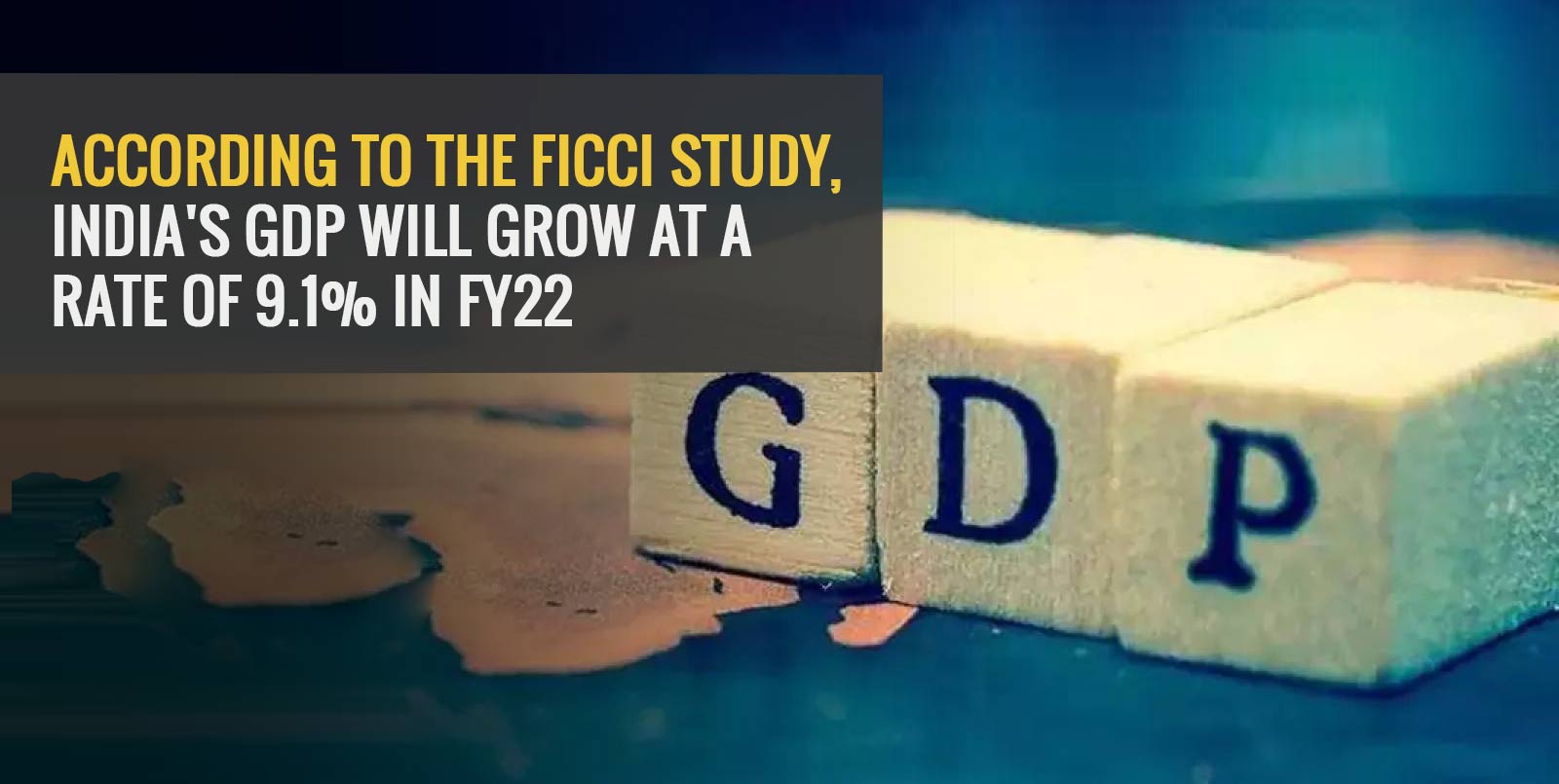 The industry association FICCI raised its growth forecast for the Indian economy in FY22 from 9% to 9.1 percent on Thursday, up from 9% previously.

“Following the second wave of the pandemic, the economic recovery appears to be holding steady, as evidenced by the incoming data on different high-frequency indicators. The next festive season could help to maintain this momentum,” according to the FICCI’s most recent economic outlook study.

However, because Diwali and Bhai Dhuj are significant celebrations, and because there is a sense of complacency about the pandemic situation, the probable surge in people’s movement could lead to an increase in the number of new pandemic cases.

Agriculture and associated activities are expected to grow at a median rate of 3.2 percent in FY22. A pick-up in monsoon rainfall in the later part of the season, along with an increase in kharif acreage, is likely to keep the agriculture sector’s growth forecasts high. During the year, the industry and services sectors are expected to rise by 12.9 percent and 8.6 percent, respectively.

In September, Ficci sponsored an Economic Outlook Survey that garnered comments from top economists from industry, banking, and financial services. Participants were also asked for their thoughts on the next monetary policy review and the monetary policy’s future path.

The Reserve Bank of India was unanimous in maintaining the status quo on the repo rate and in maintaining an accommodative approach in the impending monetary policy.

“The central bank has made it plain that growth is a top objective, as seen by previous rounds of monetary policy pronouncements. The most recent GDP figures for first quarter 2021-22 showed strong year-on-year growth, which was aided by a low base.

In the first quarter, however, GDP growth was reported to have declined sequentially. Inflation, which is viewed as a big issue, has also shown signs of slowing in the last two months. As a result, it is widely predicted that an accommodating attitude will be maintained in the near future,” according to Ficci.

The second quarter GDP figures, as well as the impending festive season, should provide a better picture of where we are on the recovery path and how demand is shaping up, according to Ficci.

“We will also have more clarification on the pandemic issue, as well as the prospect of a third wave after the festive season. The Central Bank could continue to use weaker liquidity draining strategies until then. The RBI may propose narrowing the policy rate corridor by hiking the reverse repo rate at the upcoming monetary policy review,” according to some participating economists.

Q1. What exactly does FICCI stand for?

The Federation of Indian Chambers of Commerce and Industry (FICCI) is an association of Indian business organisations dedicated to encouraging Indian firms’ growth and worldwide competitiveness.

FICCI is a non-profit, non-governmental organisation that represents India’s business and industry. FICCI represents industry’s opinions and concerns in a variety of ways, including influencing policy, stimulating debate, and engaging with policymakers and civil society.

Gross domestic product (GDP) growth that is faster boosts the economy’s overall size and strengthens fiscal conditions. In general, there are two basic causes of economic growth: increase in workforce size and increase in worker productivity (output per hour worked).