When you’re eating a meal, sometimes your dog prances around you asking for a treat. Other times, he just sits quietly with his snout between his paws, never taking his puppy dog eyes off you – pleading silently. And sometimes, he lurks around and waits till you are not being alert, and tries to steal a piece off your plate. But in any case, it is not possible for him to have no reaction at all.

In the same way, the budget’s impact on the stock market cannot be ignored. Taxation, industry-specific boosts and sector-specific downers in terms of policy, interest rates for government-linked investment options and a whole buffet of other factors have the potential to affect stock prices not just on budget day, but in the run-up to it and for a few days after.

So what can we expect for budget 2021? Well, truth be told, there’s no way for anyone to make a sure-shot guess on the market’s response to budget 2021. In fact that is one of the reasons why the budget printing zone is guarded so heavily. The reason for shrouding the budget documents in such a high level of security is to avoid one person, or a handful of people, being able to manipulate the market because they got some budget information.

What we can do, however, is glance at how markets have performed in the past two decades around the budget. We can also try and see if any patterns are emerging based on how market volatility at present. In this post, we are going to be looking at the market reaction in terms of the percentage points reaction of the Sensex. By tracking the Sensex, we are effectively using the 30 most widely traded stocks as representative of exactly what’s going on across the market. Like when someone says “50 percent of indians want pet-friendly hotels” it does not mean every single indian was given a questionnaire. The questionnaire was given to a set and their reaction is taken as representative of the population’s reaction. The Sensex stocks are not just the most widely traded, but are also considered as representative of the various sectors in our economy. So it also gives us an understanding of the effect of the union budget on business.

2001 – The sensex gained 4.17 percentage points on the day of the budget. A month prior to the budget, the stock market had dropped almost four points and a month after, it had dropped an enormous nearly 16 points. In the previous fiscal, inflation had stood over 8 per cent and there had also been war in Kashmir. As a result, the hopelessness prior to the budget, hope at the time of the budget might be understandable. The huge regression later, however, is something we hope to not see repeated a decade later.

2003 – There were only marginal reactions prior to and during this budget. The market barely reacted to the budget – the sensex moved upwards by 0.19 percentage points and even prior, there was not even 1 percentage point change in the market. A month later, though, the Sensex was down over 7 points.

2005 – hope was clearly high because a month before the budget, the market was up 5.26 per cent. Then on budget day, markets were down a little over 2 per cent. A month later, the sensex was over 5 points up.

2008 – during the big global recession year the market reaction to the union budget – on budget day – was barely a little over a percent. The fact that markets were up over 12 percent a month later goes to show that while the budget can impact markets, there can sometimes be bigger forces to reckon with.

For the period from 2011 until the moment at hand, we have picked another four key budgets to give us a sense of market reactions.  Before we dive in, it is important to note that 2009 was perhaps the last year that the country witnessed a budget reaction that was stronger than 2 per cent. In the last 11 budgets, the market has shown a reaction that has been lower than 2 per cent on budget day  itself. In fact, for most part, the market has not wavered beyond 1.5 points, except for in 2017, but it still moved less than 2 percentage points.

Let’s take a closer look at how various union budgets have affected the stock market.

2011 – India wormed its way out of the global recession this year. A month before the budget, the sensex was down over 5 percent. On budget day, less than a point’s worth a reaction, but a month later – it was a whopping 8 points up. Looks like something else other than the budget itself, pushed that reaction.

2014 – There was hardly any reaction before the budget or during, or after – the sensex moved barely a percentage point on budget day.

2016 – The sensex plummeted nearly 5 points a month prior to the budget. On budget day, it rose but not even by a percentage point. And one month later, it was over 10 points down. All the bears came out to play amidst lots of selling and stock dumping.

2020 – a month before this budget – when coronavirus was still a whatsapp forward, only rumoured, not yet the life-ruiner we know it to be today – the sensex dipped 1 percentage point. On budget day, the virus hadn’t yet made its mark in India but policy changes had the sensex drop more than 2 percentage points.

So what does all of this mean for 2021. The markets are at the moment on the climb – they have recovered from the huge slump that was prompted by the pandemic. There is however tremendous volatility. A small correction to increasing stock prices has already occurred. Some experts feel like further correction is more than likely because the markets cannot sustain at their current high. A lot of individual investors are being wary at the moment given the tremendous volatility in the market. Amateur investors and beginners can however take heart from the fact that if you’re in the game for the long term, then these budget-prompted highs and lows will have only a minimal effect on your investment, in all likelihood.

Keep a finger on the pulse of the market in the coming days. Understand and decode what is being said in the finance minister’s budget speech. Trace the cause-effect relationship between budget announcements and your own investments. Get a layman’s translation of all the jargon that’s going to be thrown at you. All you need to do is visit #BudgetKaMatlab  and join us there as we sit to decode #budgetkamatlab! 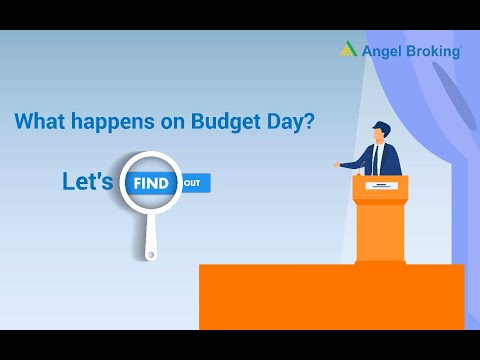