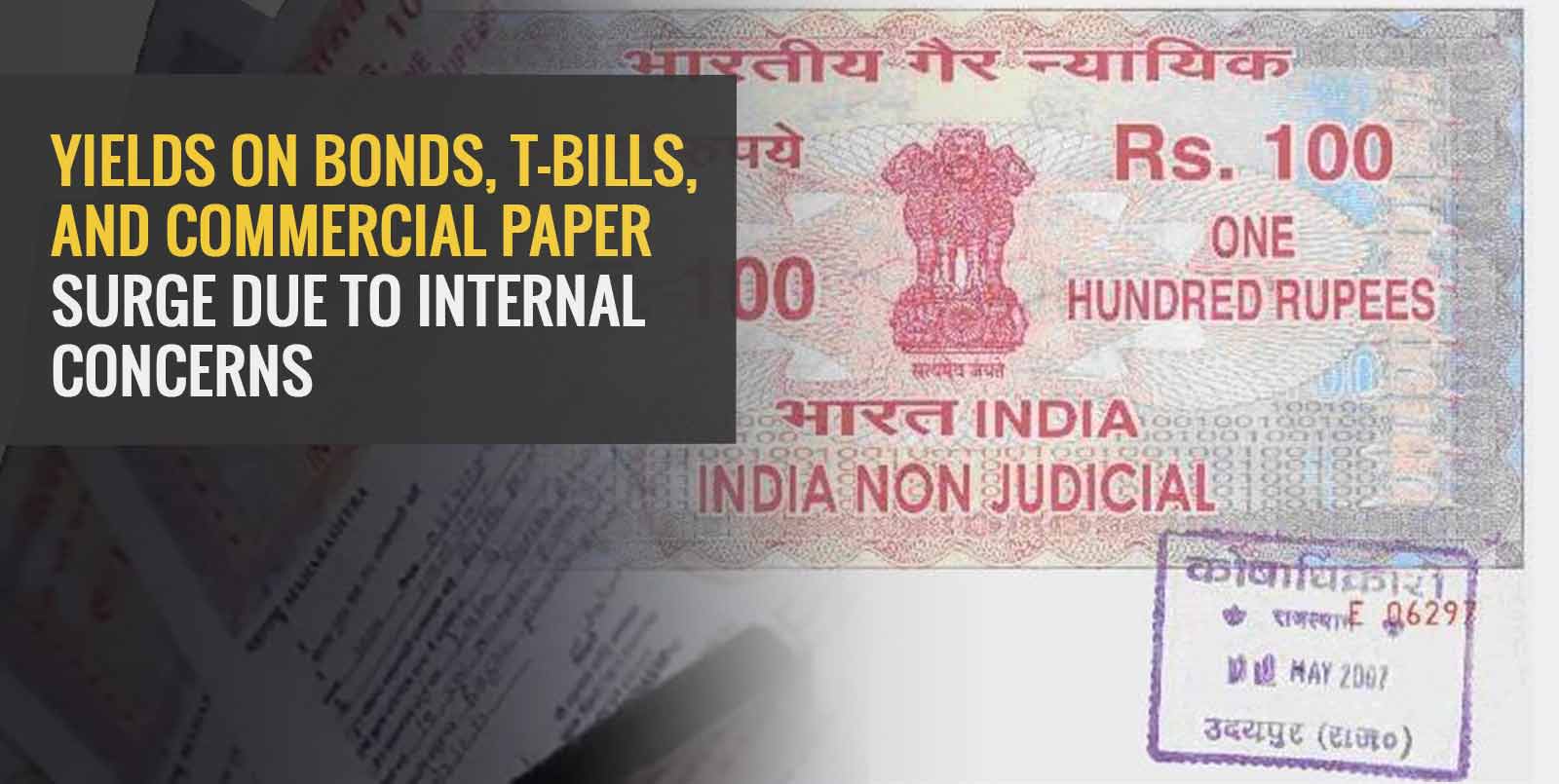 Because of internal reasons such as increased rates on government securities and a higher cut-off established by the central bank at a reverse repo auction amid poor demand from investors, yields on corporate bonds, T-bills, and commercial papers are up 5-15 basis points across tenures.

Bond yields in the United States have a big influence on emerging markets. As a result, the yield movement in the US markets has a trickle-down effect. “These are mostly short-term, knee-jerk market reactions,” said an expert.

Yields on NBFC-issued CPs with three-month maturities ranged from 3.82 percent to 4.00 percent. Manufacturing companies granted CPs in the 3.44-3.58 percent range. In the last three to four days, both segments have gained roughly 10-15 basis points.

“Markets are expecting the central bank to normalise its monetary policies. Higher 7-day VRRR cut-offs have had a ripple effect on the yield curve, affecting rates from overnight to up to 5 years. Rising crude oil prices and higher US yields have added to the increasing pressure on yields,” said the expert.

On September 28, banks bid a lesser sum to park the notified amount in the seven-day VRRR auction, and the central bank’s cut-off was higher than market participants had expected. With a weighted average of 3.61 percent, the RBI set a cut-off of 3.99 percent. As a result, speculation regarding policy normalisation arose.

The majority of banks have avoided betting in the reverse repo auction ahead of the quarter’s end, and those that have done so have requested larger returns. “This appears to be a one-time occurrence, and we would wait until the October policy for more clarification on the liquidity normalisation process,” the expert said.

Meanwhile, the 9 basis point increase in government bond yields in three days has had a cascading effect on longer-term corporate bonds. The jump in benchmark bond yields was largely due to rising US Treasury yields and higher oil prices. However, the market took solace in the fact that the government’s borrowing for the second half remained steady at Rs 5.03 lakh crore.

“Keep in mind that the government still has an exceptionally large financial surplus. Short-term money market rates should decrease as the government begins to spend,” said the expert.

Q1. What are corporate bonds and how do they work?

A corporate bond is a loan given to a firm for a specific length of time. In exchange, the corporation promises to pay interest and subsequently refund the bond’s face value when it matures. Rather, you pay less than the face value and receive the whole amount upon maturity.

Q2. What exactly is a Treasury bill, and how does it function?

Treasury bills have a one-year or shorter maturity and do not pay interest until the maturity term ends. They are auctioned off at a lower price than the bill’s face value. They are available in 28-day, 91-day, 182-day, and 364-day maturities.

Q3. Who has the authority to print commercial paper?

Commercial paper is an unsecured promissory note with a predetermined interest rate. Large banks or corporations frequently issue it to settle short-term receivables and cover short-term financial obligations, such as project financing.