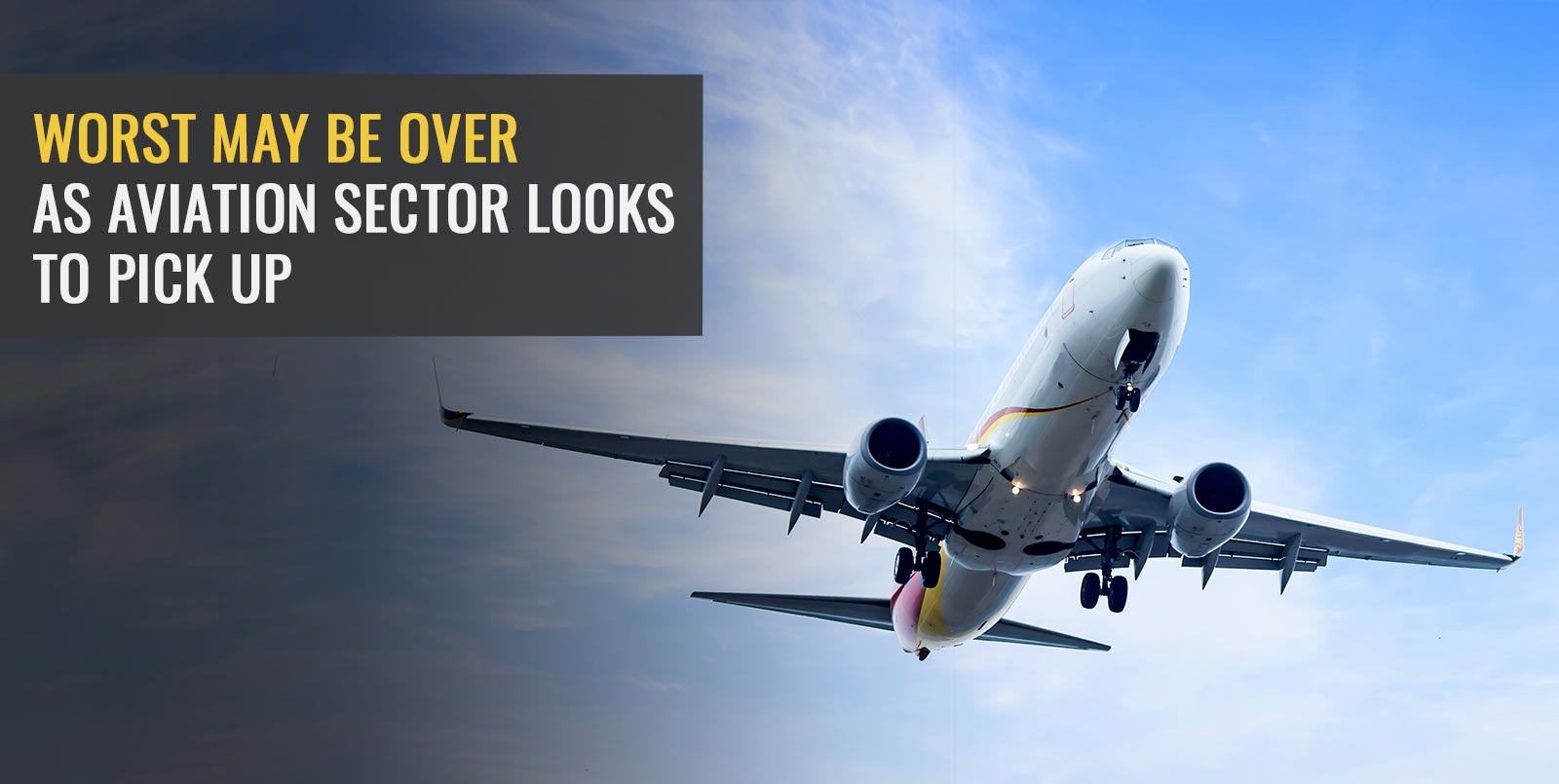 One of the biggest casualties of the coronavirus pandemic in March 2020 was the aviation sector. As country after country imposed restrictions on international flights to curb the spread of the virus, the aviation sector began to feel the pinch.

According to the International Air Transport Association (IATA), air traffic demand for international travel dropped 75.6 per cent from 2019. Also, it noted that demand for future bookings dropped by 70 per cent from a year back. The IATA pegs the steep slide in revenues for airlines at $510 billion in 2020. According to Credit rating agency ICRA, the net loss for Indian airlines will be in the range of Rs 21,000 crore during the financial year 2021. It added that the airlines sector would need funding worth Rs 37,000 crore till FY23 to recover from the loss. India’s airlines had reported losses to the tune of Rs 12,700 crore in FY2020 and the pandemic exacerbated the situation.

India suspended scheduled international passenger traffic in March 2020 apart from suspending domestic flights as well. However, by May 2020, domestic services restarted, although the airlines were mandated to operate under 33 per cent of domestic flights they operated before Covid. This was increased to 80 per cent by December, and now till March 31, 20201. On the international passenger traffic front, India has continued to suspend the operation of international flights till February 28, 2021. However, India has entered into bubble arrangements with several countries to operate flights on international routes.

Meanwhile, there has been a fresh scare of mutant strains of Covid-19 and the Ministry of Civil Aviation has issued fresh guidelines for incoming travellers coming from or transiting through flights that originate from the UK, Middle East and Europe.

Amidst all these developments, February 2021 seems to have brought good tidings for India’s civil aviation as daily domestic passenger traffic went beyond the 3 lakh mark on February 13, going up to 77.6 per cent of average daily domestic traffic in 2019. In contrast on May 25, 2020, domestic air travel was at 30,550 and 1,60,418 on October 25. In terms of domestic passenger numbers, traffic in India was down 56.27 per cent in 2020. India saw over 628 lakh passengers in 2020, close to the 2013 levels when the country registered domestic air traffic in the 614 lakh range. The rise in numbers since the beginning of the year, on the back of vaccine rollouts and a steady decline in daily Covid cases in India, is significant.

The latest decision by the government to increase the lower and upper limits on domestic airfares by 10 to 30 per cent till March 31 has been seen in a positive light by airline companies, as it helps them cope with the losses experienced in 2020. The price cap was first put in place in May 2020, after flights resumed operations post-lockdown.

On the stock market front, domestic airline stocks have had a turbulent year. During the stock market crash of 2020, aviation stocks hit 52-week lows on news of the suspension of flights. Later, as operations resumed, they recovered from their lows and by December 2020, they had risen by 34 to 107 per cent, reports suggest.

More recently, as news of the Centre hiking the fare cap to 30 per cent came in, aviation stocks went up again. Aviation stocks have sprung back from their 52-week lows, though not close to their all-time highs. Domestic flight operations are still 80 per cent of pre-Covid levels while international flights continue to be suspended barring bubble arrangements.

A development that the aviation sector in India will be watching closely is the price of jet fuel or aviation turbine fuel (ATF). On February 16, the price of ATF was increased by 3.6 per cent on the back of a rise in international crude oil price. ATF prices have risen consistently since July 2020 when it saw the highest rise of a little over 24 per cent, although there was a drop in September and October before they started rising again. In January 2021, ATF prices rose over 10 per cent, according to a report from ICRA. ATF costs make up for 25 per cent of expenses for most domestic airlines.

A sustained rise in these rates may make an impact on the price of tickets if the carriers choose to hike prices. If the carriers instead absorb the rising ATF prices, it will dent their financial situation further.

According to CAPA India, an aviation research consultancy and advisory, privatisation and consolidation will be major trends in the near to medium term. The CAPA trends report for 2021 says airlines will have to carry costs of their fleet that have been grounded and that costs will increase in 2021, adding that Brent crude is expected to be in the $50-60 barrel range and the exchange rate of US/INR in the 73-75 range in the next fiscal. These factors will make an impact, it said.

Apart from a rise in ATF and cap on upper and lower fares, the success of vaccine rollouts, the status of new and emerging mutant strains will be watched carefully. If the vaccination programme gains speed and more vaccines hit the markets, businesses and workplaces may open up and an economic revival is likely. These developments will have an impact on the aviation sector and the markets as well.