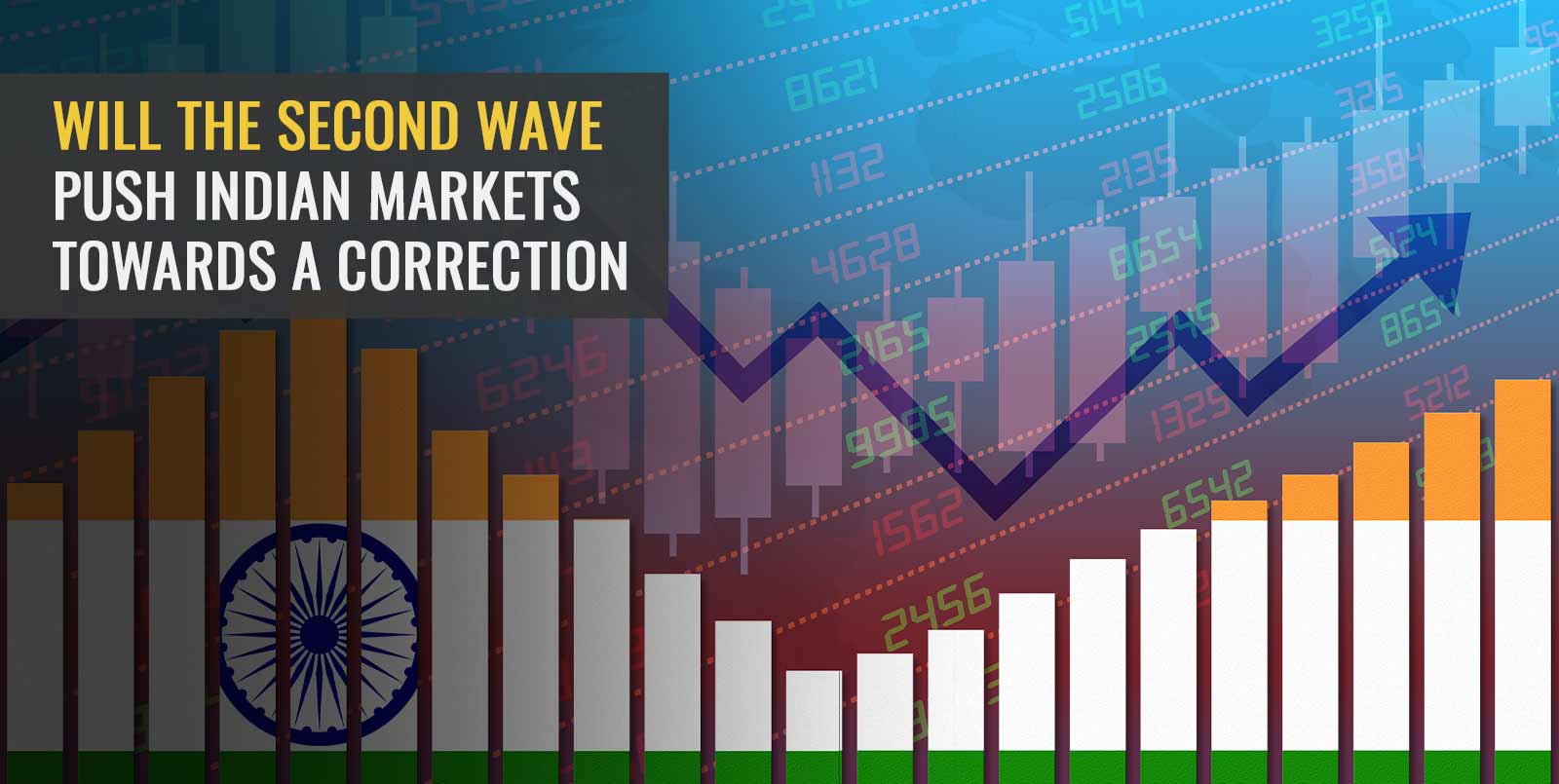 Before the second Covid wave hit India, three international organisations were gung-ho about India’s economy overcoming the odds in its path and registering double-digit growth. Organisations forecasting strong growth for India included the likes of the Asian Development Bank, the International Monetary Fund and the World Bank. The Economic  Survey of FY21 also went to extent of saying that India since June last year was charting a V-shaped recovery. However, with the second wave exposing a crumbling medical infrastructure in India and laying bare the administrative inadequacies in several states, the hopes of a V-shaped recovery now seem distant.

The economic bulletin released by the Ministry of Finance for the month of April 2021 states that the anticipated impact of the second Covid wave will not be as pronounced as the first wave. This is partly true given that India in March last year descended into a complete and total lockdown which brought economic activity of all types within the country to a complete halt. The lockdown was precautionary and quite necessary given that India was barely prepared to take on the full deleterious impact of the pandemic.

To be fair, the first wave of the pandemic shook the foundations of the existing medical infrastructure of the country but did not uproot it. As the disease made its presence felt predominantly in urban and tier-1 cities, a quiet complacency grew in respect of the disease in tier-2 and tier-3 towns and villages. Slowly and steadily, as the months of 2020 rolled by, it felt as though the Indian economy was course-correcting and getting back on the right fiscal path.

It is the second wave that truly exposed the real failings of the administrative framework. As of May 11, a total of 2.29 crore people had been diagnosed as Covid positive in India. On May 11 alone, 3.3 lakh new Covid positive cases surfaced and a total of 3,857 people lost their lives to the deadly disease taking the total casualty figure to 2.5 lakh.

The two lockdowns have dented the animal spirits in the economy. Millions of labourers and salaried professionals have been rendered jobless during the two lockdowns. Banks have cautioned that several tranches of retail and commercial loans face the prospect of defaulting. Revenues of not just listed companies but hole-in-the-wall shops and mom-and-pop stores have plummeted. Whatever marginal recovery that was noticed in the aftermath of the first lockdown has come undone with the second wave hitting the Indian shores.

The impact of the two lockdowns on the economy cannot be effaced that easily. Numerous economic surveys have shed light on the fact that poverty, income disparity and average household incomes slumped in 2020. Lakhs of labourers who lost their jobs have not been able to regain fruitful employment. Millions of small entreprenuers who were forced to pull the shutters are now saddled with loans and without sustainable revenue streams to service those loans. The situation- as per an economic survey- exacerbated to such an extent that expenses on food items fell by 23% in August 2020. Close to 32 million people were pushed out of the middle class into the lower class and around 35 million people were pushed from the lower class into poverty.

However, it is not all doom and gloom. Whatever damage has been done because of administrative laxity can be remedied. A bolder, far more aggressive and penetrative vaccination campaign can and should immediately be put into play. The Finance Ministry and the RBI have doled out a number of economic packages that have targetted easing of economic constraints and hardships of millions of Indians at the bottom of the pyramid. Numerous cash and welfare benefits design to revive consumption and business sentiments at the lowest levels have worked till now and are being aided in full measure by the accommodative monetary policies of the RBI.

In the long run, the loose monetary policies will deliver results provided we manage to drastically amp up our vaccinations. However, if we fail in this endeavour, then the dent in income and consumption will start reflecting in the top lines of listed companies. It is then that Sensex and Nifty will be forced to come to terms with a new economic paradigm where the damage would be far deeper than anticipated and the recovery far slower and painful.