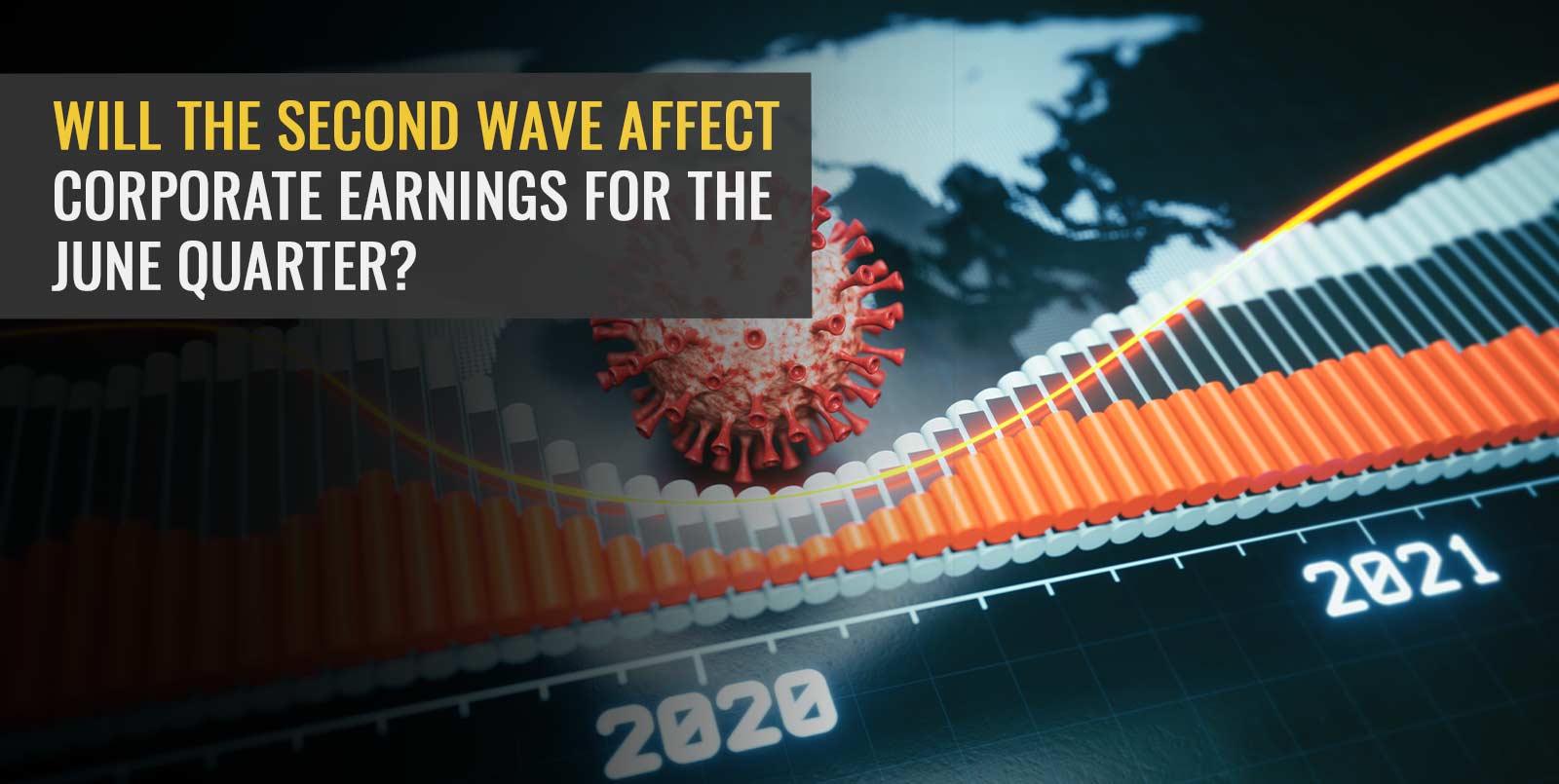 India faces a huge surge of coronavirus cases and Monday alone saw over three lakh new Covid cases and 2771 deaths over 24 hours. Several states have been announcing a series of curbs and lockdowns, which may impact economic activity. Will the second surge affect corporate earnings?

As many as 28 firms, including large cap firms, are all set to report their March quarter results on April 27. For the March quarter, India Inc is set to deliver strong results with a year-on-year growth in revenues of nearly 15 to 17 per cent, touching nearly Rs 6.9 lakh crore, according to an estimate from CRISIL Research. This double-digit growth percentage comes after the last eight quarters when there has been either single-digit growth or a decline. The reasons include low base of the same quarter a year back, higher prices of commodities thereby resulting in larger operating profits, according to the report.

Looking at the split-up of revenue growth, half of the recovery is attributed to construction, IT services and the auto sector.

Estimates for the June quarter

The combined analysts’ estimates of Nifty earnings have also dropped by 1.7 per cent and 1.1 per cent for fiscal years 2022 and 2023, respectively. The reasons attributed to the cut in combined earnings are downgrades in pharma, banking and auto stocks.

The key benchmark index, Nifty’s Price to Earnings (PE) ratio, which is based on earnings over 12 months, dropped 20 per cent from a high of 41.60 to 33.5. Nifty’s PE ratio based on earnings estimates dropped 26 per cent, from a high of 29 to 21.35. With effect from March 31, 2021, the valuation of Nifty 50 will get cheaper by 12 per cent because of a change in index management that will use consolidated earnings of Nifty 50 firms in place of looking at standalone figures. Consolidated numbers mean reporting of a company’s business that also includes subsidiaries.

June quarter earnings may be hit; y-o-y results may not be impacted

Meanwhile, rising cases and lockdowns have not dented optimism of the markets for fiscal 22 by much, as Bloomberg analysts upgraded Nifty EPS estimates by 3 per cent, following a 43 per cent increase ever since the close of the December quarter. Analysts say the slowdown will impact the June quarter earnings but not on a year-on-year basis, the results will continue to be solid.

As per industry data compiled by a noted database, news reports, the second half of the last financial year saw a mere 142 upgrades compared to 778 downgrades. Credit ratio is the term used to describe the upgrades to downgrades ratio; the credit ratio stood at 0.18 per cent, which clearly shows a swing towards downgrades. The sectors that witnessed a high rate of downgrades in 2020-21 were real estate, textiles, hospitality, automobile dealership sector and construction, which have seen severe downgrades in the last six to twelve months.

Though lockdowns are not as strong as last year, businesses are likely to be impacted over the short term as cases continue to rise. The pace of vaccinations and the peak followed by the decline of the second surge of Covid-19 cases will decide the fate of company earnings. India has opened up vaccinations for all above the age of 18, come May 1; India is also slated to receive the first batch of the Russian Sputnik V covid vaccine from May 1. If the lockdowns continue to stay localised and not national, they may not impact corporate earnings by much over the long-term. According to a brokerage report cited in the media, a month’s national lockdown will shave off 100-200 bps of GDP, and pose a risk of 300 bps to annual growth.

The peak of the second wave and a subsequent decline in cases could decide the fate of corporate earnings. IIT scientists say active cases in the second wave may peak between May 14 and 18 and daily new infections could touch a high between May 4 and 8. If the second wave peaks fast and begins to take a lower trajectory from thereon, and vaccinations pick up pace, India Inc will breathe easy.