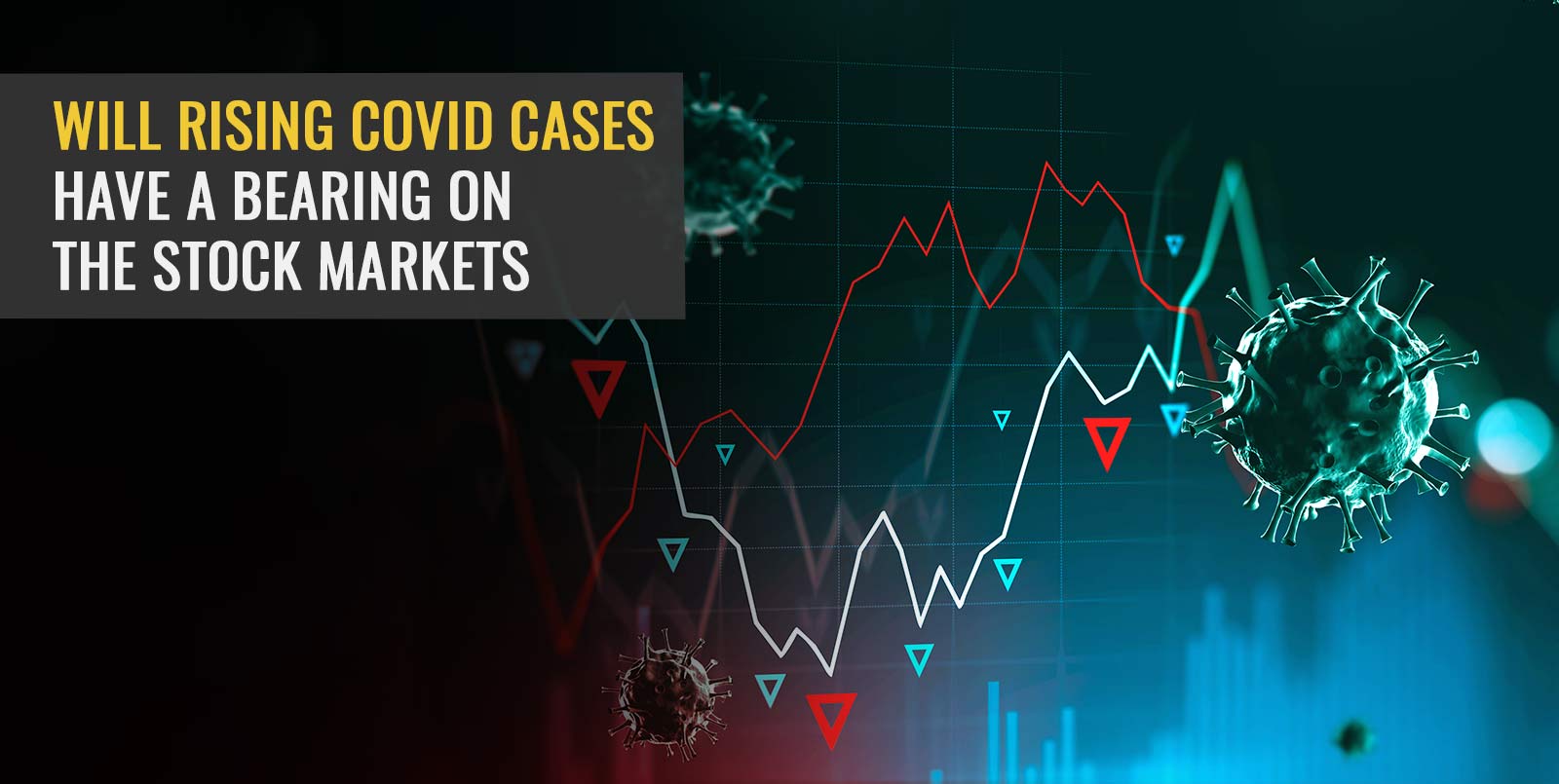 A year after the first lockdown was imposed in India, the country has seen a rise in the number of cases yet again, indicating that this is the dreaded second wave of Covid-19 infections. On Wednesday, India registered 47,262 Covid-19 cases and 275 fatalities, taking the tally of infections to 11,734,058 and the death toll.

Concerns over rising cases have had a bearing on the benchmark indices, Sensex and Nifty, both shedding more than one per cent each in early trade on March 24.

Following a dip in cases after the peak of September 2020, the country saw a relaxation of restrictions and the economy started to open up. Following the opening up of the economy and normalisation of business, Moody’s Analytics revised its earlier GDP projection for India to 12 per cent in 2021. In a November 2020 estimate, Moody’s had pegged India’s GDP growth at 9 per cent. In December 2020, S&P Global Ratings had also altered its projection on the contraction that India’s economy will see in the fiscal year 2021 to 7.7 per cent, from an earlier projection of 9 per cent. The ratings firm said the revision was based on a faster than expected recovery in the September quarter. It noted that India had learnt to live with the coronavirus.

Concerns over the second wave

The second wave of Covid infections in several states in the country has led to a delay in the normalisation of business, according to brokerage firm Nomura. The Nomura India Business Resumption Index dropped to 95.1 for the week ending March 21. In the earlier week, the Index stood at 95.4 in the earlier week. The drop has been attributed to rising Covid-19 infections.

However, the brokerage says that it expects the impact of Covid-19 to be a transitory one and will be muted because there has been no lag in the operations of factories. It noted that businesses and consumers have adapted themselves to the new normal. The brokerage also pointed to tailwinds such as vaccinations and favourable financial conditions.

The economic review report also took note of the fact that India had among the lowest fatality rates in the world and the highest rates of recovery. The Finance Ministry also mentioned that there has been sustained policy support aimed at increasing private investments and consumption on behalf of the government. All these factors have led the economic review report to expect GDP growth to be in a positive space in the second half of 2020-21. The government’s aim to boost spending on infrastructure and capex generation has further led to positive sentiment in the markets. The Reserve Bank of India (RBI) has also ensured a dovish stance on interest rates and ensured that bond yields are maintained at 6 per cent levels.

Market turnaround over the year

Although the benchmark indices Sensex and Nifty have dropped from their all-time highs earlier in the year, the markets haven’t reacted in an overly negative manner to the second wave of infections. There have been some corrections from time to time, but the bull run has held on since the lows of March 2020. In fact, a day before India saw the strictest of lockdowns across the world, on March 24 last year, the Nifty shed the most points in a day; just before the Prime Minister addressed the nation announcing the lockdown, the Nifty dropped to 7,511 before it regained 300 points. The volatility index – India VIX rose 6.64 per cent to 71.99 levels on March 24 last year. One year later, Nifty has recovered all the losses sustained and has also nearly doubled on the back of pent up demand, foreign institutional investments and solid corporate earnings.

The total wealth of investors, a measure of the overall market cap of all stocks listed on the BSE, went up to a little over Rs 200 trillion, from Rs 113 trillion in April 2020, according to data from the BSE.

Meanwhile, a lot rests on how well the country’s vaccination drive gains pace. The Ministry of Health and Family Welfare noted that over five crore vaccine doses have been given across the country, over two months after the vaccination drive has started. In a bid to speed up the vaccination drive, the government has opened it up for everyone above the age of 45 from April 1. The speed of vaccination will also impact how the markets react. If the pace gains momentum and a huge chunk of the population get the jab, the rising cases can be kept under control.

The benchmark indices recovered lost ground following the crash of March 2020 and going by the RBI’s low-interest-rate environment and accommodative stance, the markets are likely to remain bullish. There may be reactions to rising cases of Covid-19 but if the vaccination drive gathers steam, the markets will be reassured.