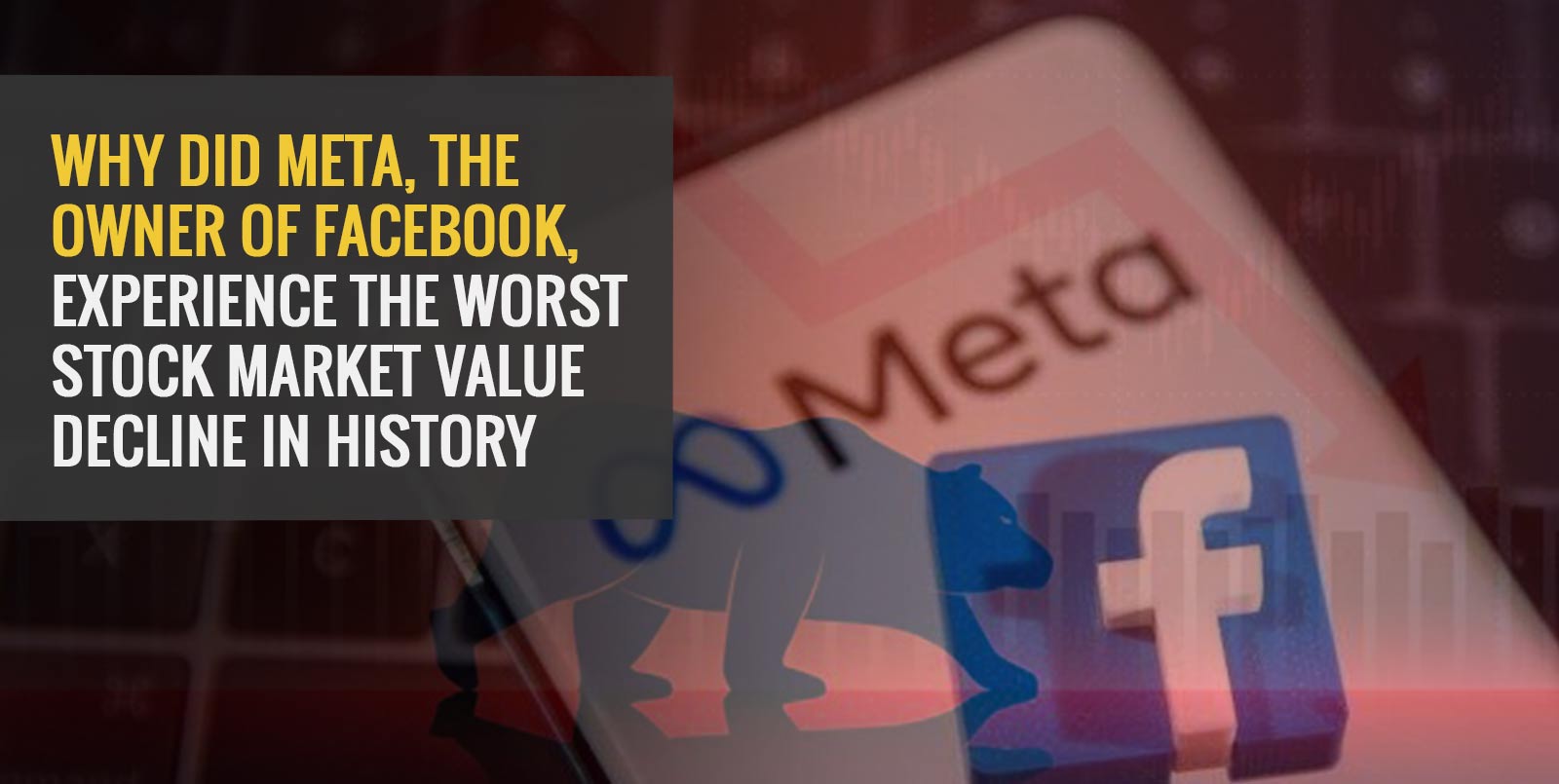 Meta, as it has been called, is spending substantially on its future “metaverse” project, although advertising revenue accounts for virtually all of its revenue for the time being. So when it reported dramatically increased expenses but a lackluster sales projection late Wednesday, investors were alarmed — and the business once known as Facebook’s value was slashed by about USD 200 billion. In after-hours trading, Meta’s stock dropped 22.6 percent to USD 249.90. As per World Bank figures, if the decrease continues until the market opens on Thursday, the company’s whole worth, known as market capitalization, would collapse by an amount higher than the size of the entire Greek economy.

The metaverse is essentially the internet brought to life, or at the very least displayed in three dimensions. In 2021, Meta spent more than USD 10 billion in its Reality Labs sector, which comprises virtual reality headsets and augmented reality technologies, resulting in a profit decrease for the quarter. It increased its employment by 23%, finishing the year with 71,970 personnel, the majority of whom were in technical positions. Due to rising competition from TikTok and other competing platforms fighting for people’s attention, revenue in the current quarter is expected to fall short of market forecasts, according to the business.

In a conference call with investors, Meta’s chief operating officer noted that worldwide supply chain challenges, labour shortages, and advertisers’ earlier-than-usual Christmas spending placed an impact on the company’s advertising revenues. Another issue is that Apple’s recent privacy restrictions make it more difficult for firms like Meta to monitor users for advertising reasons, putting a strain on the company’s earnings. Meta has been telling investors for months that its revenue can’t keep growing at the same fast speed it has been. It’s time for a reality check on Meta’s metaverse status.

The metaverse is still a long way from becoming lucrative or filling the void left by Apple’s policy shift in ad income. Meta’s ability to make money is also being limited by shifting internet behaviour. Video, such as Reels, is becoming more popular, although it earns less money than more established offerings. In the last three months of 2021, the Menlo Park, California-based corporation earned USD 10.29 billion, or USD 3.67 per share. At the same time a year ago, the company earned USD 11.22 billion, or USD 3.88 per share. Revenue increased by 20% to USD 33.67 billion.

Analysts were anticipating profits of USD 3.85 per share on sales of USD 33.36 billion. Last October, Meta Platforms Inc. was renamed to reflect Zuckerberg’s new emphasis on the metaverse. Since then, the corporation has been transferring resources and employing people who can help him accomplish his goal, including rivals. Because he believes the metaverse will be a large component of the digital economy, Zuckerberg is betting that it will be the next generation of the internet. In the future years, he expects people to start thinking about Meta as a “metaverse firm,” rather than a social network corporation.

There is a lot of ambiguity around Meta’s metaverse investments and whether or not they will have a favorable influence on the company’s bottom line. “ While many anticipate Meta expanding its testing of advertisements and commerce inside its metaverse products this year, such efforts will be very experimental and unlikely to generate significant money in the short future. Meta forecasts sales of between USD 27 billion and USD 29 billion for the current quarter, which is lower than the USD 30.2 billion predicted by analysts.

Q1. What is the foundation of the metaverse?

The metaverse will enable us to socialize, work, and play in a 3D virtual reality world utilizing virtual reality headsets, augmented reality glasses, smartphone applications, and other technologies, rather than merely connecting with each other on social media via our displays.

Q2. Will the metaverse have an impact on our social life?

It has the ability to revolutionize the way we all interact socially. However, the metaverse’s plans are still in its infancy, so we won’t know how significant it will be for a long time.