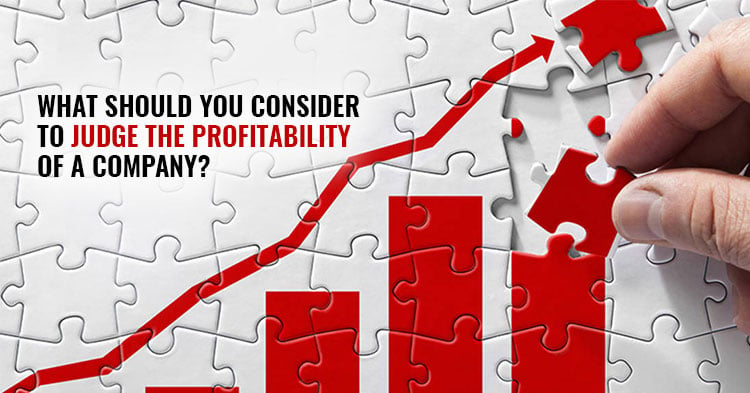 How do you judge the profitability of a company? There are various approaches to measuring profitability. For example, profitability can be measured as a percentage of the total revenues which tells you how efficiently you have been generating sales. Alternatively, profitability can also be measured as a percentage of the total assets or the equity. This shows how well the assets of the company are being utilized and the return that assets are yielding in the business. Lastly, it is also possible to look at profits on a per employee basis or per store basis. While these are normally used by companies to measure performance internally, these measures are commonly used in specific sectors like banking, retail etc.

Judging profitability as a proportion of sales revenues…

This is the most common method of measuring profitability. Let us delve into this case a little deeper by taking the financials to two companies in the same industry.

In the above illustration, Company-X and Company-Y present a slight contrast in terms of their profitability ratios. Let us look at each of the ratios individually.

Product Margins: The product margin of the company is measured as the ratio of the EBITDA to the Net Sales. It can be written as under:

In the above case both Company X and Company Y have a product margin that is approximately equal. Despite generating higher sales, Company Y has managed to maintain its core operating cost around the same level. There is not much to choose on this front between the two companies.

Operating Margins: The operating margin (OPM) is the ratio of the operating profits to the net sales of the company:

The operating profit margin shows the profitability of the operations of the company after considering the impact of depreciation. Again, there is not much to choose between Company X and Y on the operating margins front.

Net Profit Margins: This is the actual bottom-line of the company after considering interest costs and taxation. Net profit margin is measured as the ratio of net profits to the net sales of the company.

Judging profitability as a percentage of the balance sheet…

This is an extremely important measure of profitability. It basically judges whether the company in question is able to justify and earn more than the cost of capital. There are two ratios we shall look at here viz. Return on Equity (ROE) and Return on Capital Employed (ROCE). First, let us make some basic assumptions on the balance sheet front for Company X and Company Y…

We saw the first signs of too much leverage in Company Y when we compared the Net Profit Margin. The problem becomes all the more crystal clear when we see the ROE and the ROCE. Company has maintained the ROE and the ROCE at around the same level of 20%. That is something Warren Buffet would surely love. But the problem of a large equity and debt base in case of Company Y becomes obvious when the ROE turns up at just 10% and the ROCE at 12.50%. Obviously, Company X is putting its capital to much better use compared to Company Y. That is the crux!

Profitability on a per unit basis…

This measure of profitability on a per unit basis is very unique to certain industries only. For example banks and insurances are measured on per employee or per branch basis. Retail companies are measured on a profit per store basis. Real estate companies measure profitability on a per SFT basis. But these are extremely specific measures and are unique to specific industries only.