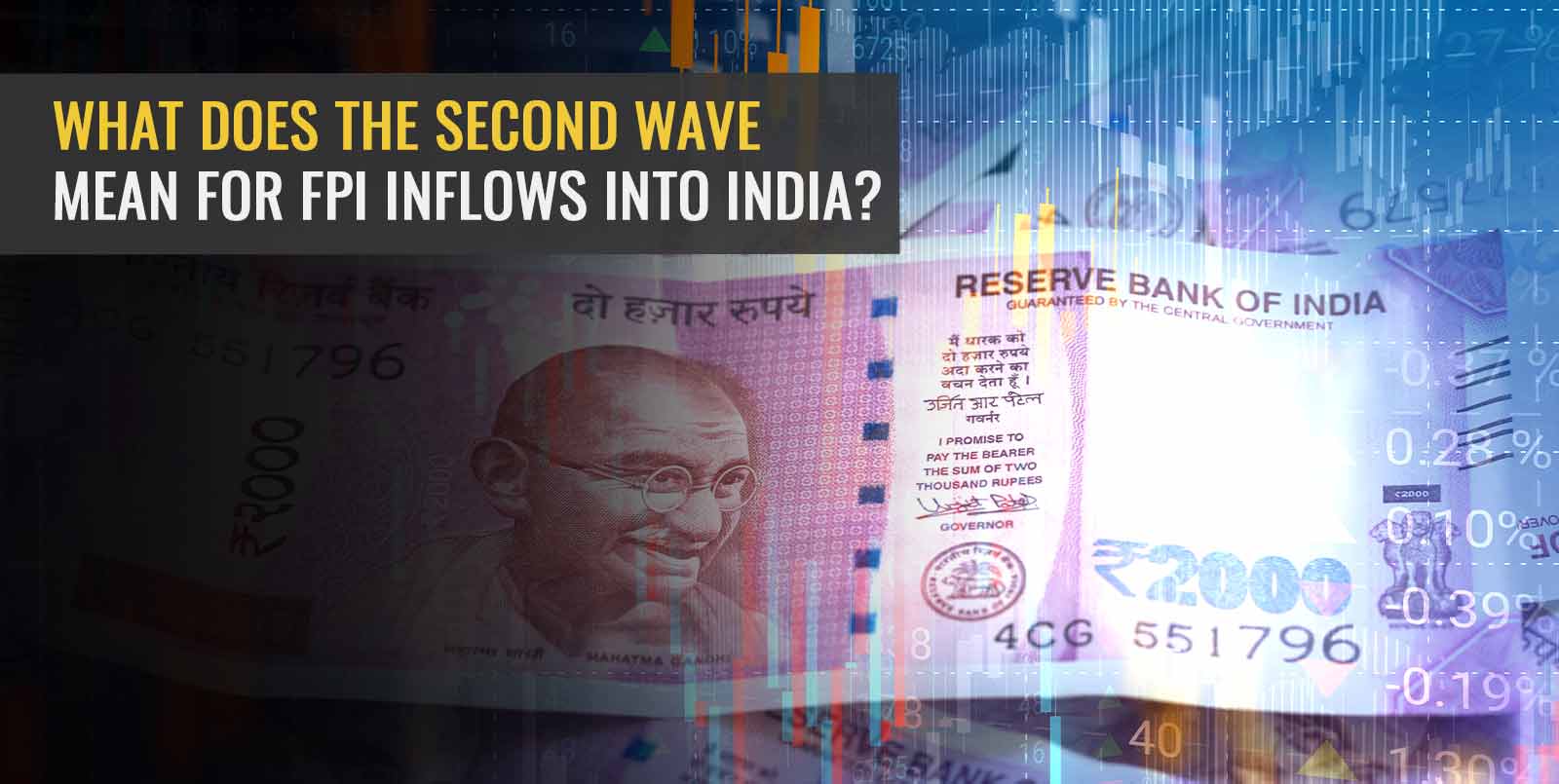 India is in the grip of the second wave of the pandemic, as several states register unprecedented peaks in terms of fresh cases and death tolls. On Thursday, India recorded nearly two lakh cases; the country has been seeing cases upwards of 1.5 lakh every day over the past nearly one week before April 15 as well.

The strong inflows have been attributed to a faster-than-expected recovery following the coronavirus-induced lockdowns. The markets also crashed in March 2020, hitting 25k levels. By the end of 2020, the markets staged a spectacular turnaround and in January 2021, the Sensex even managed to scale the psychologically significant 50k summit. The markets have been on a sustained bull run following the crash of 2020.

Another reason for the strong FPI inflows has been the stimulus packages released by the government. Also, the Reserve Bank of India’s accommodative stance has helped boost liquidity in the economy and the markets. Central banks across the globe too contributed to liquidity across the world markets. Also, the US Federal Reserve ensured near-zero interest rates and ensured liquidity.

According to the Economic Survey, India was the only country among emerging markets to receive equity inflows through FPIs last year, attracting $30 billion in the first nine months of 2020. Other emerging markets like Malaysia, Taiwan, Indonesia, Brazil, South Africa and the Philippines saw FPI outflows in 2020.

What changed in April for foreign investors?

India saw a rapid decline in the number of Covid-19 cases ever since the September 2020 peak, This decline continued through February and March but over the past fortnight or so, cases have begun to see an exponential rise.

Foreign portfolio investors withdrew over Rs 929 crore from the Indian markets between April 1 and 9, over concerns pertaining to rising cases. In March 2021, FPIs had invested Rs 17,304 crore. January and February had also seen a high FPI inflow of Rs 14,649 crore and Rs 23,663 crore respectively. According to depositories, foreign investors withdrew Rs 740 crore from the equities segment and Rs 189 crore from debt. The depreciation of the Indian rupee as compared to the US dollar also contributed to the FPI withdrawal. On April 13, the rupee dropped to 75.35 against the dollar, which is a ten-month fall.

Also, recent reports have shown that emerging markets have lost their sheen in the eye s of foreign investors in recent times. The MSCI World Index, which is a measure of equity performance in the developed markets, seems to have done better than the Emerging Market Index by over 7 per cent ever since March 2021. Between April 2020 and February 2021, the trend was the opposite, with the Emerging Market Index beating the MSCI World Index by over 12 per cent. Indian equities in the period had delivered returns that were 5. 6 per cent higher than the Emerging Markets Index.

This dip in the attractiveness of emerging markets has been attributed to the slow progress of vaccinations as the second wave rises in India and other countries.

Curbs back in place

The drop in FPI inflows may be an indicator of things to come, as cases continue to rise. Many states, including Maharashtra, Karnataka and Delhi, have reintroduced curfews and curbs, which may impact economic recovery. The markets have also reacted to the surge in cases. The two benchmark indices, Sensex and Nifty have both fallen 2.1 and 1.22 per cent respectively, ever since March 1. On April 12, the Sensex crashed over 1,700 points and the Nifty dropped below the 14,350-levels — this was the largest fall for the indices ever since February 26.

Foreign portfolio investors will be watching the pace of vaccinations closely. Speedier vaccinations will ensure that the economic activity is not adversely impacted and businesses are not affected. India has crossed 100 million vaccine doses recently but as the World Health Organisation notes, to vaccinate three out of five Indians, the country would need 145 crore doses by May 2022. At the current pace, India will be able to vaccinate 40 per cent of its population by December this year.

Several factors are likely to affect FPI inflows; vaccination pace, the decline of the second wave and unaffected economic activity matter. India saw record FPI inflows in 2020, amid lockdowns and curbs, thanks to liquidity in the global markets. This time, the pace of vaccination and economic recovery will decide the pace of FPI inflows.