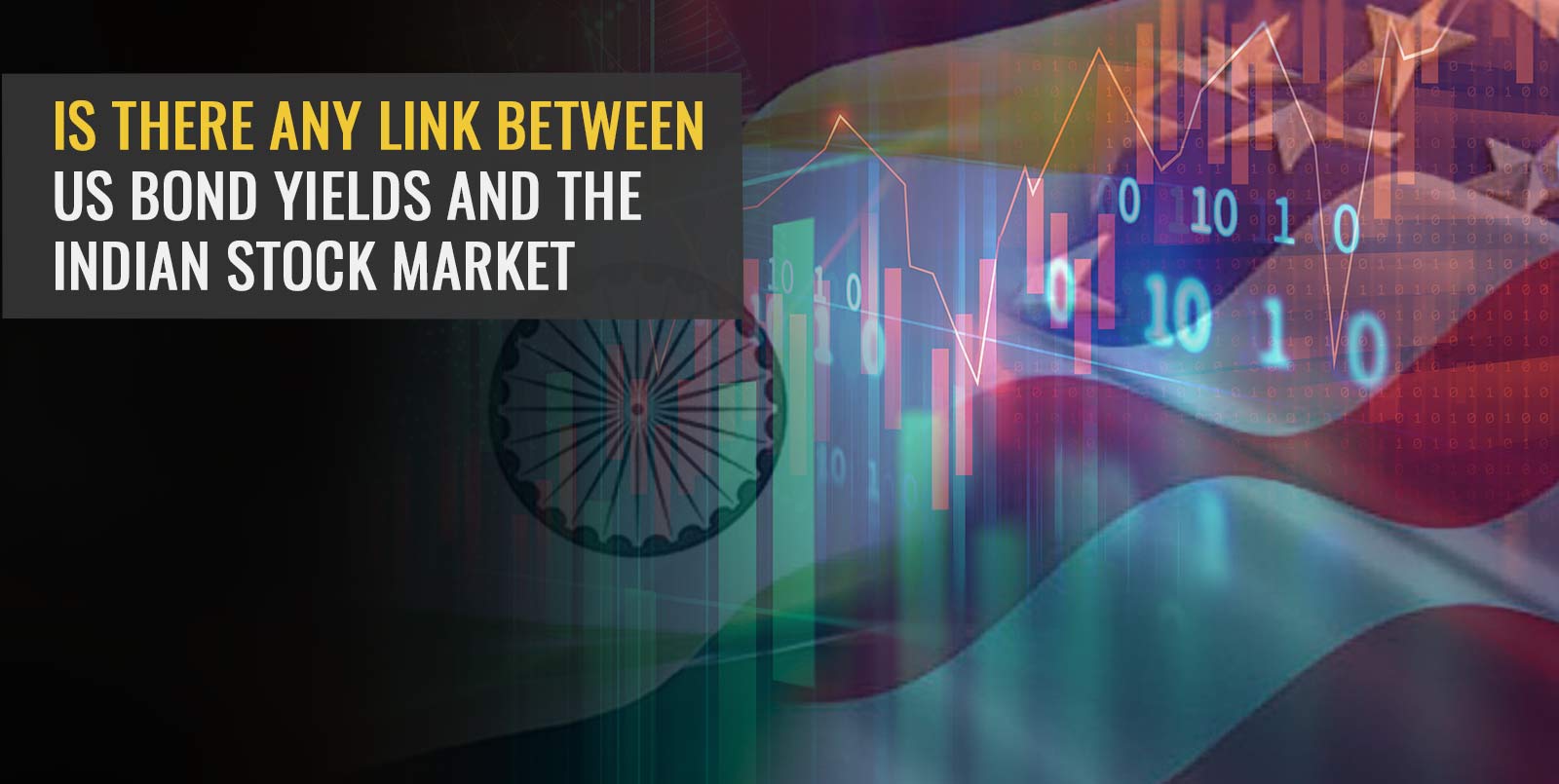 In the first fortnight of March, the 10-year Treasury bond yields in the US touched a 14-month peak, the highest ever since February of 2020. The 10-year bond stood at 0.5 per cent in August 2020 but that has moved up to 1.67 per cent. The treasury yield had also recently touched a high of 1.73 per cent. Does this have a bearing on the Indian stock market?

The reason for US bond yields to make an impact on the Indian stock market is because of international investors. The concern is that as global investors see that they can gain from higher returns on the 10-year treasury bonds, they make start pulling out their wealth from India. If these investors sell the rupee in order to move their investments to the US the rupee will see an erosion of its value. When the rupee weakens, the economy may not be in a good position to pose a good recovery.

According to an S&P Global report from March 17, two Asian countries, the Philippines and India stand a greater risk of exposure if the bond yields start to increase. As the yields rise, there are also associated risks of taper tantrums. Taper tantrum is a term wherein the Federal Reserve, the US central bank, starts tapering its bond-buying spree and there is a tantrum wherein investors leave markets like India.

How do government bonds work?

Governments across the globe sell bonds so as to raise funds to meet expenditure. Essentially, bonds function as loans that an investor makes to a government or a corporation. Bonds have a fixed coupon rate and a selling price. The fixed coupon rate is the amount you will earn as an investor. The payment of interest does not change over the term of the bond. Bond yield is the return that an investor receives on a bond or a government security. Any fall or rise in interest rates pushes up or lowers bond prices. If a 10-year Treasury bond is priced at $10 and the coupon rate is $0.5, then it means that the US government will pay an investor $0.5 annually and return $10 at the end of the 10-year period.

If the selling price of the bond changes as investors decide to divert their wealth into bonds because they are safe, demand for US treasury bonds goes up and the price too. So, imagine the price goes up to $11. Because the coupon rate remains the same, an investment of $11 the holders of the bond will get a lower return for the subsequent years after the first year. Because the bonds are considered safe investments, the yields function as markers for interest rates and also reflect the confidence of investors. If an investor finds it more attractive to lend money to a business, then the investor shifts from bonds, which leads to a fall in bond price and a rise in yields. On the other hand, when they buy bonds, yields dip.

Because US bond yields draw investors globally, investing in them is typically treated as safe. If the US treasury bond yields rise, then they become attractive. High US bond yields are a sign that the Fed may raise interest rates so as to curb inflation. As inflation rises in tandem with economic growth in that specific country, global investors withdraw money from countries like India. They then invest in US bonds, which explains why the stock market feels the pinch. Rising inflation and interest rates impact returns on equity.

The 10-year US Treasury bonds definitely have an impact on stock markets, particularly emerging markets like India. As global investors find US bonds a better and safer option, there is a likelihood that they may pull out of the Indian stock markets.