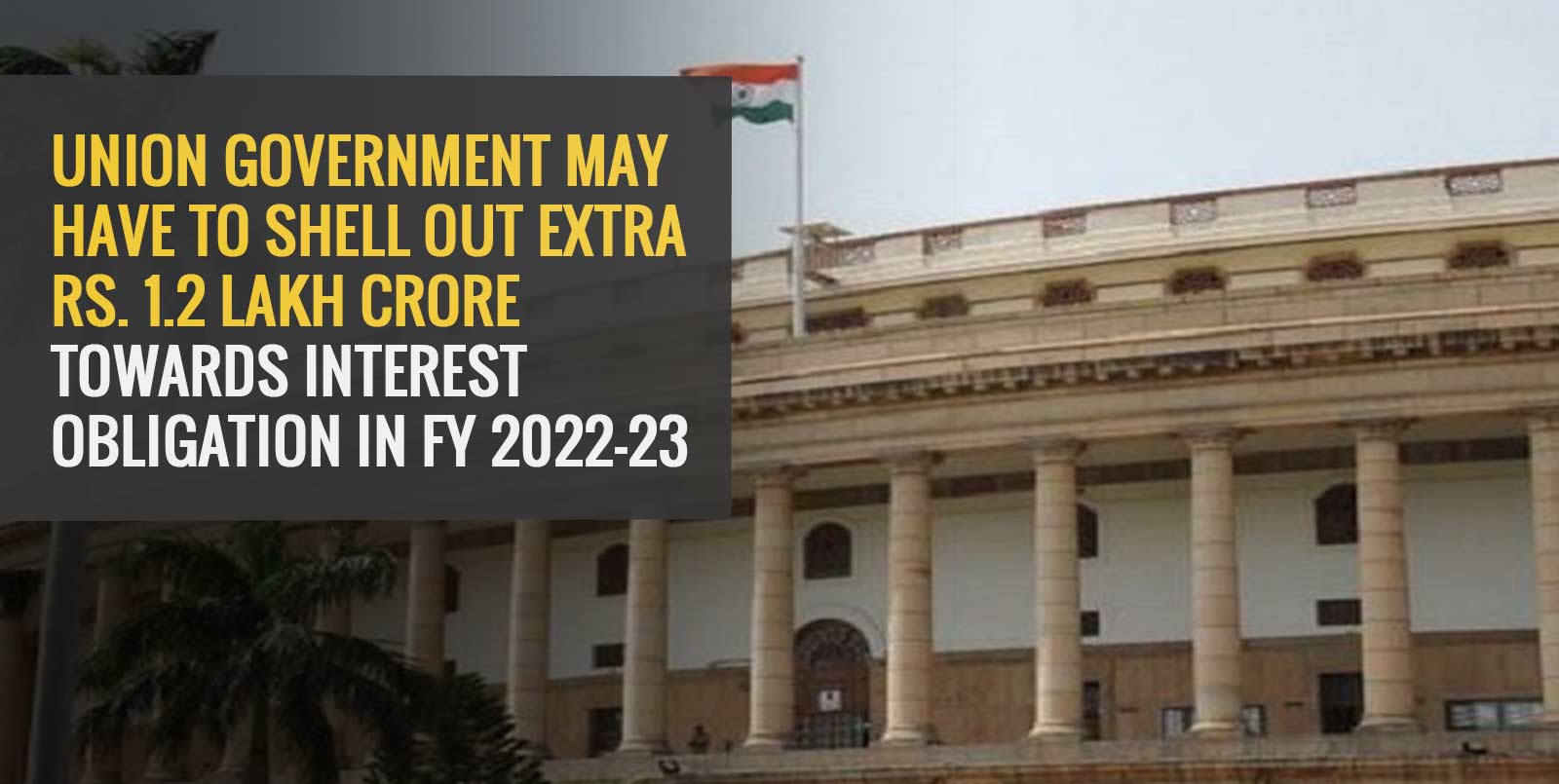 The rise in the Center’s interest burden is expected to continue in the FY 2022-23. Initially, it was pushed up by a large amount of borrowings during the course of the Covid-19 pandemic in FY 2021-22.

In the current fiscal year, which is 2021-22, the estimated budget of the interest payment on the central government’s borrowings is at Rs. 8.1 lakh crores. For the next financial year, it is expected to increase by 15 pc of over Rs. 8.1 lakh crores. This means that an additional expenditure of Rs. 1.20 lakh crores will go towards meeting the increased interest liability of Rs. 9.3 lakh crores.

The actual revenue receipts that the government is expecting to receive in the next financial year could be higher than the budgeted amount. According to the data released by the office of the Comptroller General of Accounts (CGA), the government had paid Rs. 4.6 lakh crores toward interest on its borrowings as of November 2021.

For the current fiscal year, interest payment on bonds and recapitalization bonds of banks are expected to account for over Rs. 29,280 crores in payouts.

The previous government issued oil bonds to state-owned oil companies as subsidies. The interest on these bonds, which sums up to Rs. 9,990 crores annually, is the highest ever payout on government bonds.

The new government has raised Rs. 3.1 lakh crores through bank recapitalization bonds since 2017. It is paying around Rs. 19,000 crores annually by way of interest on those bonds.

The economists believe that the interest rates could go up by around 12 pc during the current year. The reasons for the increment in interest rates are primarily quoted as the implementation of various economic policies in the past.

Industry experts and other global financial watchdogs have warned that the rising debts and interest payouts could threaten the stability of the global economy. In India, the country’s debt affordability is expected to remain fragile, as the interest payments on its general government revenue near almost 30 pc in FY 2021-22.

When and how were bank recapitalization bonds introduced?

Who holds the office of Comptroller General of Accounts currently?

As of January 2022, the office of Comptroller General of Accounts (CGA) is held by Soma Roy Burman. She has been appointed since December 2019 and works under the Ministry of Finance since then.

What are oil bonds?

The government issued oil bonds to compensate the oil manufacturing companies for the financial losses they incurred due to the rise in crude prices. Currently, a huge chunk of Center’s revenue goes into meeting interest obligations of oil bonds.