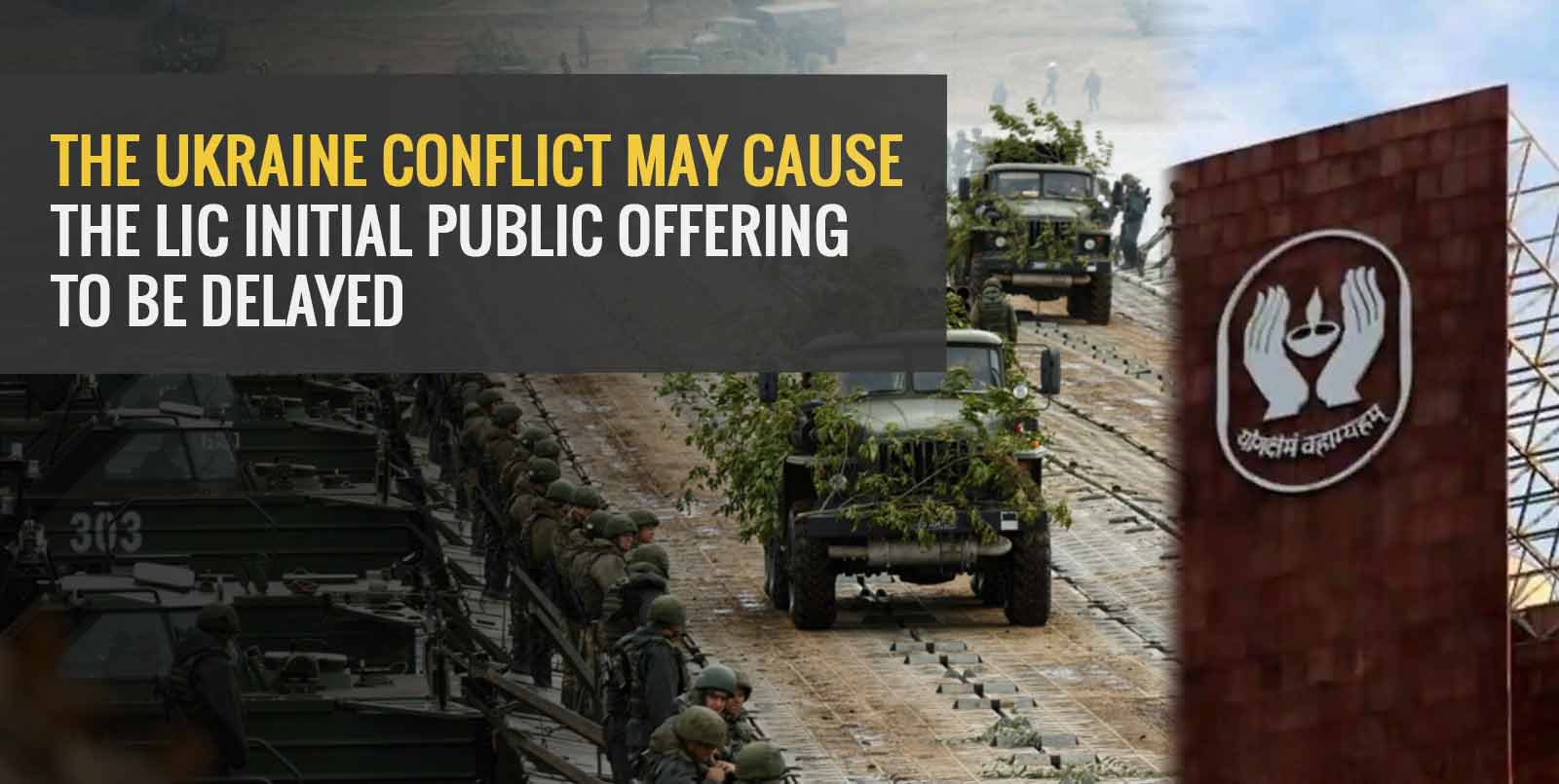 The government is expected to conduct a meeting to evaluate the IPO timeline in light of the intensifying Russia-Ukraine crisis. The much-anticipated initial public offering of state-run insurance behemoth Life Insurance Corporation of India (LIC) might be moved until the following financial year.

According to insiders, a meeting for a possible LIC evaluation would be held “this week.” The insider claimed that Finance Minister Nirmala Sitharaman had “expressed the government stance” on the issue, pointing to her comments in a recent interview, in which she hinted that the evolving global scenario would require a rethinking of the IPO timeline.

“Ideally, I’d prefer to go forward with it since we’d been planning it for a long time based only on Indian factors,” Sitharaman told the newspaper, adding that “if global circumstances justified it, I wouldn’t mind looking at it again.”

On February 13, the LIC IPO’s draft red-herring prospectus was made public. The offer is for the sale of up to 316.25 million shares, or around 5% of the Centre’s holdings in the insurance giant.

The armed war in eastern Europe, in particular, has caused market anxieties all across the globe. The sanctions placed on Russia are expected to aggravate the situation, with the commodities market taking the brunt of the blow. Crude oil prices have surpassed $100, and Goldman Sachs’ one-month Brent projection has been boosted to $115.

Sanctions have wreaked havoc on the Russian economy. The geopolitical concerns impacted European bourses as well, with the key German and French indexes dropping nearly 3% in early trading hours this week.

Experts say the LIC IPO should be priced cautiously

The public offering of the Life Insurance Corporation could not have arrived at a worse moment. Given the global market’s high volatility, and foreign portfolio investors’ heavy selling of equities since October, market analysts say the government should either reduce the size of the offer or lower the price to attract more investors.

The lenders should price the issue in such a way that it will appeal to the general public. The market’s circumstances have shifted. Because a national asset is largely offered to people, the problem must be pushed in the proper direction, and in some ways, that is what the market would want to pay. The experience after the listing should be positive.

The LIC IPO represents over half of the equity capital generated via initial public offerings (IPOs) last year. This would need a significant amount of liquidity in the market to be effective, and as a consequence, the market feels it must be “priced properly.”

In the previous several months, about 1 crore policyholders have created Demat accounts to participate in the public offer. To reach the divestiture objective, the government is eager to complete this offer this fiscal year. Given the present market circumstances, however, analysts think the government may need to sweeten the offer for both institutional and ordinary investors. The government and lenders are expected to raise between Rs 65,000 and Rs 75,000 crore at a price range of Rs 2000-2100 crore, according to sources.

There are now more headwinds than tailwinds for the IPO, so pricing it more favorably would help it sail through, and liquidity and retail participation will not be an issue. “In the present atmosphere, the only thing the government can do is the price the IPO favorably, and then the government will be able to sail it successfully,” an analyst said. Liquidity will not be an issue, and retail confidence will be high, in my opinion, assuming the price is fair and pleasant.”

The market mood has remained negative despite the geopolitical crises and ahead of the March interest rate hike. Investor morale will continue to be weighed down by further selling by FPIs. FPIs have sold shares worth $13.5 billion in the Indian equities markets since October 2021, including $4.7 billion in February alone.