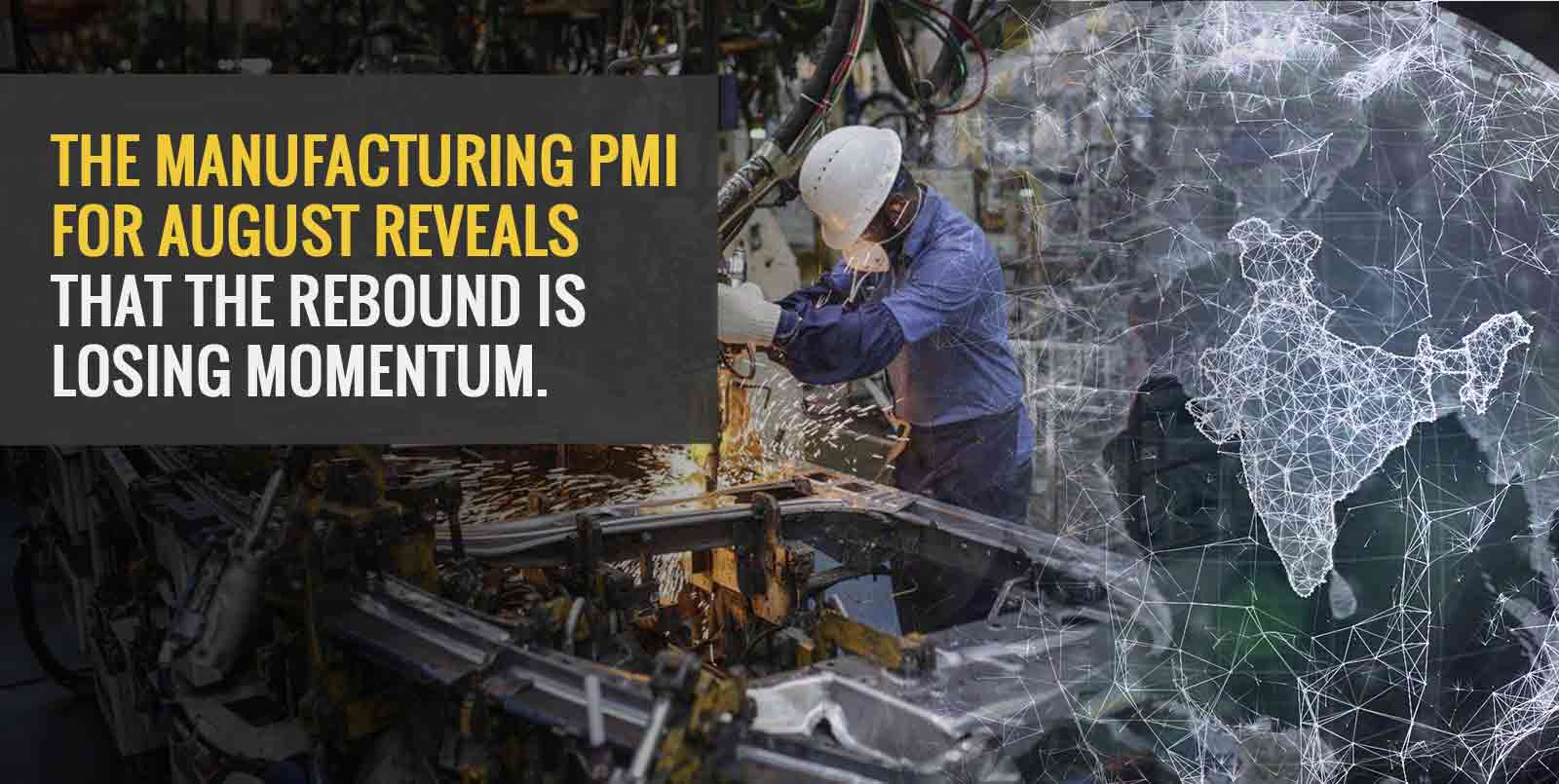 For the second month in a row, the August PMI statistics indicated an improvement in overall operating conditions. A number above 50 indicates expansion, whereas a score below 50 indicates contraction. “The Indian manufacturing sector continued to rebound in August, although growth slowed as demand showed symptoms of contraction due to the epidemic. Nonetheless, factory orders and output increased in all three categories of consumer, intermediate, and investment products,” Pollyanna De Lima, IHS Markit’s Economics Associate Director, stated.

According to the report, a slowing in sales caused enterprises to halt hiring efforts, with fears about the negative impact of pandemic on-demand on organisations’ finances dampening business confidence. “After the first uptick in employment in 16 months in July, uncertainty about growth expectations, spare capacity, and efforts to keep spending under controlled to a hiring freeze in August,” Lima added.

Back-to-back rises in new export orders were reported in August, but growth slowed. Indian manufacturers have signalled yet another monthly increase in cost burdens, bringing the current inflationary streak to 13 months. Although the rate of increase slowed, it remained high by historical standards. Members of the poll-related cost concerns to raw material scarcity and transportation issues.

“Manufacturers’ fees increased as some companies shared some of their increased costs with customers, though to a lower extent than selling prices. Due to fierce competition for scarce raw materials and transportation constraints, input prices skyrocketed,” Lima explained.

“The 12-month prognosis for output remained favourable,” Lima added, “but confidence waned amid concerns about the pandemic’s long-term effects and the negative impact of increased prices on enterprises’ finances in tandem with a lack of pricing power.”

On the macroeconomic front, despite a catastrophic second wave of pandemic, the Indian economy grew by a record 20.1 percent in the April-June quarter, aided by a relatively weak base from the previous year and a remarkable rebound in the manufacturing and services sectors. Meanwhile, RBI Governor Shaktikanta Das stated on Tuesday that the central bank will conduct fine-tuning operations to handle unexpected and one-time liquidity flows in order to maintain balanced liquidity conditions in the system.

In July, the services sector shrank for the third month in a row

According to the PMI Index, India’s services sector dropped for the third month in a row in July, with new job losses for the eighth consecutive month. The PMI was at 45.4 in the month, marginally better than the 41.2 reported in June. A score of 50 on the indicator shows that activity has remained constant. Services firms had a negative prognosis for the future year for the first time in a year, owing to concerns about the pandemic, inflation, and profit margins.

Consumer services were the worst-affected sector in July, showing that state-by-state unlocking has failed to boost confidence in the return of contact-sensitive activity, while transportation and storage was the only sector to record greater sales in the previous month. “July saw a further drop in service sector positions, in line with continued declines in new jobs” the report added.

In July, the services sector performed better than the manufacturing sector, which saw its highest PMI level in three months and the first stop in job losses since the pandemic began last March. While new work orders continued to drop due to difficult domestic conditions, services firms saw a worsening in international demand for services, according to IHS Markit, with the decline remaining as strong as it was in June.

Input expenses rose at the same time as prices for a wide range of commodities, including fuel, medical equipment, and raw materials, according to the 400 survey participants contacted between July 12 and 28 for the index’s compilation.

What exactly is the PMI index?

The IHS Markit India Services PMI (Purchasing Managers’ Index) is based on data derived from purchasing executives’ monthly responses to questionnaires submitted to roughly 350 private service sector organisations. Sales, employment, inventories, and pricing are all tracked by the index.

What does a PMI score of 50 indicate?

The replies of the purchasing managers are added together to provide an overall score for that month’s PMI. A score of more than 50 indicates that the manufacturing sector is expanding, a score of less than 50 suggests that it is contracting, and a score of 50 indicates that it has remained unchanged from the previous month.