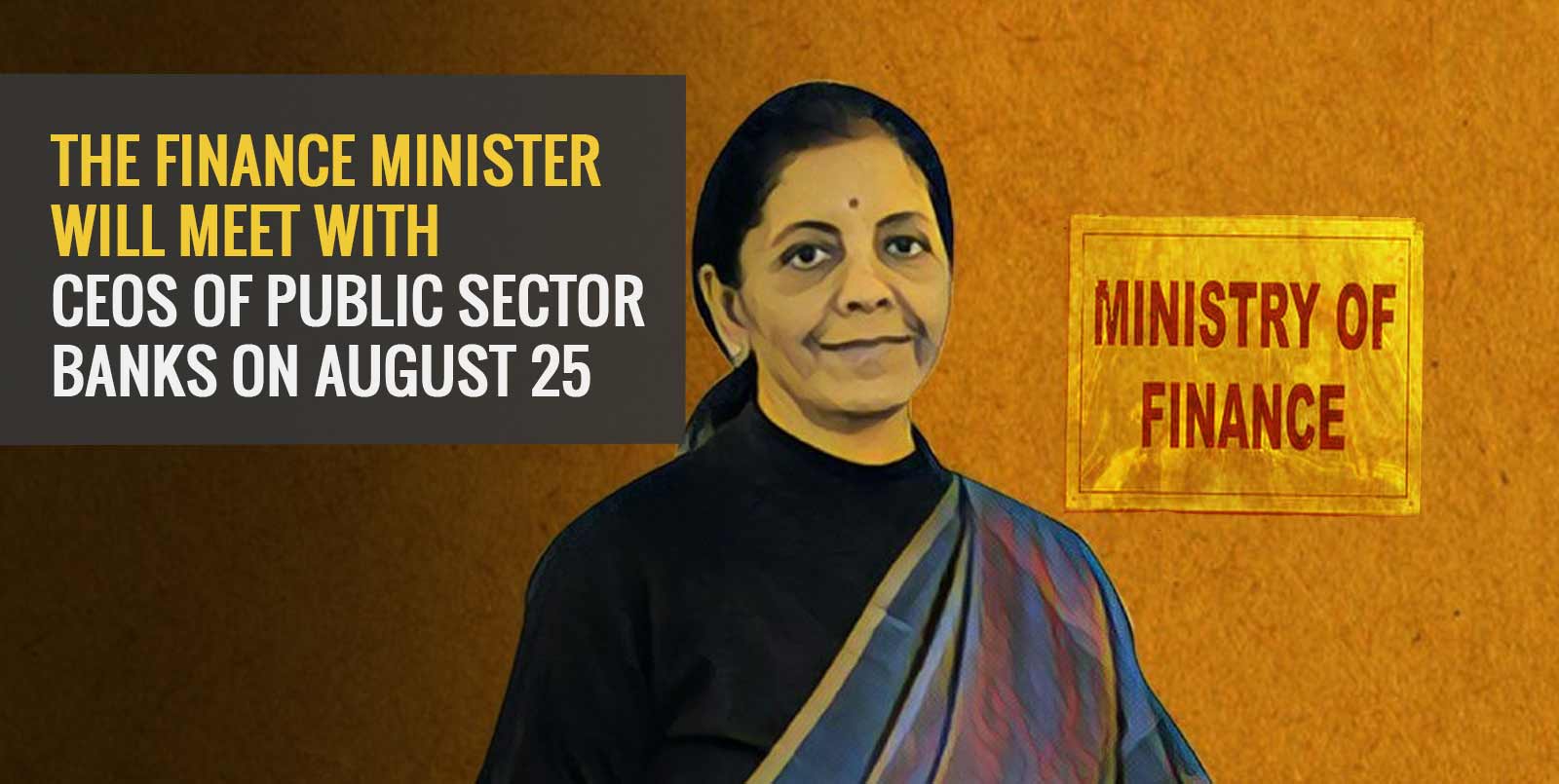 On August 25, Finance Minister Nirmala Sitharaman will meet with heads of public sector banks (PSBs) to assess the institutions’ financial performance and progress in supporting the economy hit by the pandemic outbreak.

The meeting with the MDs and CEOs of PSBs is regarded as crucial because of the banking sector’s relevance in generating demand and promoting consumption. The Finance Minister has stated that the government is prepared to do everything necessary to recover and promote economic growth that has been harmed by the pandemic outbreak. The FM stated that the value of growth would be recognised and they would work alongside the Reserve Bank to drive it.

This would be the first physical review meeting since the pandemic’s onset in March of last year. According to investors, the conference would take stock of the banking industry and progress on the Reserve Bank of India’s (RBI) restructuring 2.0 scheme, with banks being pushed to accelerate credit growth in productive industries.

The redesigned Rs 4.5 lakh crore Emergency Credit Line Guarantee Scheme (ECLGS) would also be discussed at the conference, which is expected to take place in Mumbai. In addition, the Finance Minister is anticipated to assess the bad loan or non-performing asset (NPA) status and discuss possible bank recovery options.

The government recently informed Parliament that thorough actions were taken to regulate recovery of NPAs, allowing PSBs to collect Rs 5,01,479 crore over the last six financial years. Despite the reduction in GDP (-7.3%) caused by the pandemic, credit growth of scheduled commercial banks (SCBs) has remained positive for 2020-21.

Despite the economic disruptions created by the pandemic, PSBs were able to raise a record Rs 58,700 crore from the markets in 2020-21, using a combination of loan and equity to boost their capital base. As a result, the capital-to-risk-weighted-assets ratio increased to 14.04 percent as of March 31, 2021, compared to the statutory threshold of 10.875 percent, allowing PSBs to raise lending even higher.

Many people were startled by the power of the rebound in 2020, especially after a severe lockdown. Most growth forecasts had to be revised upwards on a regular basis through 2020. There was a lot of pent-up demand.

The economic damage caused by the delta variant was limited to Q1 2021, with a substantial recovery in July. Export growth remained strong, even surpassing 2019 levels. Jobs were restored, and there was even evidence of the much-anticipated increase in investment. In the second wave, job losses were lower and more transitory.

Scarring can be seen in the education of people who are not eligible for remote learning, in women’s labour, and in small businesses all over the world. However, in industrialised countries, SMEs have gotten so much support that there is concern that they will become “zombified,” with resources locked up in non-competitive businesses.

Support was insufficient in India, which could not afford a fiscal deficit of 30% of GDP. SMEs had to shift their focus away from contact industries and onto new prospects. The government’s support for bank finance was based on a long-term survivability analysis. Smaller businesses had typically relied on unofficial sources of funding that remained active throughout times of easier liquidity.

Gold loans were in high demand. The bulk of small businesses operate from home, with 96% of them owned by a single family, and might continue to operate during lockdowns. As digital received a boost, women and their companies may have discovered work from home options. This could help India’s extremely low female labour force participation rate rise. The poor are helped by a thriving NGO-CSR industry.